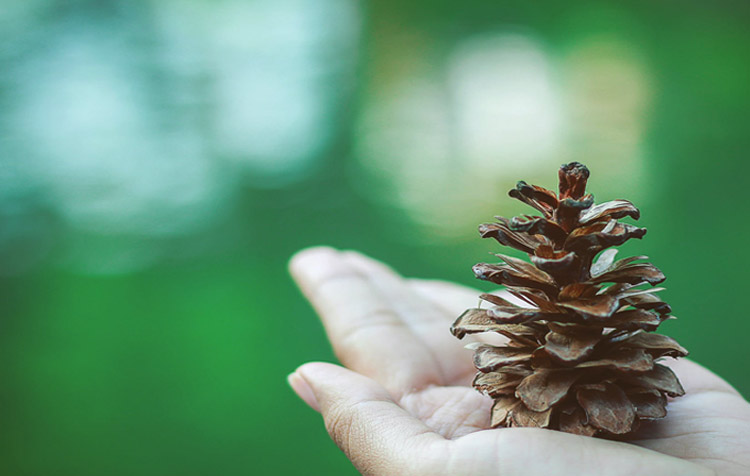 Environmental awareness - what is it actually?

What is environmental awareness? If you're asking yourself this question right now, then you've come to the right place! For some years now, the topic of environmental awareness has increasingly been the focus of media attention. Besides regular debates about the Climate change, the Air quality in the cities or the pollution of the oceans by plastic waste, it was recently the Fridays for Future movement that impressively demonstrated how pronounced environmental awareness is, especially among young people.

But what is environmental awareness actually from a psychological point of view, how do a person's closeness to nature and their behavior relate to each other, and how can you improve your own awareness of nature? I'll answer these questions for you in this article.

What is environmental awareness?

Simply explained you can say: Environmental awareness is a person's insight into the fact that humans can damage the natural environment - and thus their own livelihood - by interfering with it or endangering its natural balance.

Man and environment - the psychological relationship

For thousands of years in the history of human development, nature was both a provider of food and an existential threat.

Even the construction of the first house had the purpose of protection from the immediate, hostile environment. The technical possibilities of being able to protect and assert oneself against nature grew over the millennia. At the same time, man's self-confidence in his ability to dominate, control and change nature grew. This development culminated in the Industrial Revolution, which ushered in an unprecedented era of man-made environmental disasters the likes of which the world had never seen before. In the 19th century in particular, it was a political guiding principle to want to subdue nature, which was evident, for example, in the numerous straightening and draining of rivers that have left massive permanent damage to this day.

In recent decades, however, environmental awareness has increased more and more, and it is now politically and socially accepted, at least in Germany, to value environmental protection as important. This was also shown by the 2018 Environmental Awareness Study, which was published in May 2019 by the German Federal Ministry for the Environment and the Federal Environment Agency. According to the survey, 64% of participants rank environmental and climate protection among the most important challenges facing society. In addition, a large majority finds that key players such as the federal government and industry are not doing enough to protect the environment and climate.

Tip: Be sure to check out the Tips for climate protection in everyday life if you yourself, with simple means, can be a part of the solution in the fight against the global warming would like to become.

Yet there is a big gap between what people say about environmental awareness and how they actually behave. In many cases, one can even speak of the complete opposite. One example: Over 70 percent of Germans would like to travel more sustainably - yet only 7 percent actually put this into practice.₂ Despite cheaper and environmentally friendly alternatives, air travel is still the preferred mode of transport, and meat still ends up on many people's plates despite healthier and higher-quality substitutes.

But what are the psychological reasons for this discrepancy? Why do so many people obviously have a high level of environmental awareness, but do not implement this in their everyday lives? The motives for this are many and varied. In the following, I would like to introduce you to four of them.

The low-cost effect in psychology states that people are particularly willing to change their behavior if they have to do without very little and the change involves as little additional time, organizational and financial effort as possible for them. One example is climate-friendly mobility: While it is often easy for city dwellers to switch from cars to public transport, bicycles or scooters, rural dwellers often have no other option than to drive to get from A to B. Another example are Organic foodwhich are often more expensive than conventional foods and thus far from affordable for all people.

The psychological effect of social desirability is a well-known bias in research and evaluation and regularly causes flawed study results. It states that people tend to behave in ways that they believe to be a socially desirable norm. Protecting nature is such a norm; speaking out against it would be controversial. That is why it is to be expected that study participants also support the protection of the environment in surveys. Even if it does not correspond to their personal opinion at all. The study participants are usually not aware of the effect.

Tip: If you could use some more inspiration and motivation to target your environmental awareness, be sure to check out the Quotes Collection With Sayings About Change.

3. the power of habit

The difficulty of implementing changes has already been discussed in another article. When it comes to environmental awareness, in many cases it is simply the power of habit that prevents people from adapting their behavior to their own environmental awareness. This is the case, for example, when people forget to turn off the heating regularly, travel even short distances by car or buy food in plastic packaging.

Tip: In keeping with that, feel free to check out my psychology post about it as well, why we find change so difficult.

Self-efficacy plays a key role in psychological behavioral research. It describes a person's expectation of being able to successfully perform an action by means of his or her own competencies. Put simply, this means that people who believe they can achieve something themselves have a high self-efficacy expectation. This also plays a major role with regard to environmentally conscious behavior. After all, many people are convinced that they cannot do anything themselves to raise general environmental awareness. Instead, they prefer to blame politics and the economy. In the next section, we will learn how environmentally conscious living can succeed both in our own everyday lives and at the societal level.

The question of improving environmental awareness at the same time raises the question of who is responsible for environmental awareness and who is able to actually do something for the environment. We have already seen that for many psychological reasons people often find it difficult to lead an environmentally conscious everyday life. This has also recently been recognized in politics, and in recent years there has been an increasing shift away from an "individual policy" approach to convince people of the urgency of protecting the environment, and towards the use of economic instruments.

With these instruments, environmentally friendly behavior is rewarded with economic added value. This makes it more attractive for many people to actually comply. Examples include subsidies for energy-saving light bulbs or emissions certificates.

Especially among companies, positive economic incentives increase the acceptance of nature conservation measures, because as soon as money can be earned with nature conservation, the preservation and promotion of the environment is integrated into the economic calculation and from a possible obstacle to an additional economic opportunity.

For example, the world's largest financial manager Blackrock also announced at the beginning of 2020 that it would evaluate companies according to climate risks in the future and partially eliminate companies that mine coal from its portfolios. A sign that suggests a positive development.

Tip: If you want to know how to Promote environmental awareness can - for example, in childhood - then be sure to check out the linked article.

How everyone can live environmentally conscious

To improve one's own environmental awareness, it can be helpful to consider the interrelationships that "keep our planet going." How are CO2 emissions from a single car related to general global warming? Where does the plastic bag in the supermarket come from and where does it end up after being thrown away? It can also be helpful to plant something yourself to regain an appreciation for biological cycles.

The following, more in-depth posts will further your environmental awareness:

Tip: Feel free to look around even more in the Environmental protection blog um! There you will find a cornucopia of inspiration for a more environmentally conscious everyday life.

Through one's own actions, even if they are only small changes, one can serve as a positive example for others. However, one should be careful not to want to instruct people with a raised forefinger.but rather to have fun with an environmentally conscious lifestyle and to show that environmentally conscious actions and the more minimalist life can also mean more connectedness and joie de vivre. You can also get involved in associations or Create petitions and thus also strive for change at the political level.

For a long time, we as humans were at the mercy of nature; for several hundred years, we have had the technical means to dominate and control nature. In doing so, we often forget that we ourselves are a part of nature and that by destroying it, we also deprive ourselves of our own basis of life. Fortunately, at least in the western countries this is more and more recognized and transformed into political and social measures. It remains to be hoped that the rest of the world will also follow suit and that imminent, long-term damage and catastrophes can be avoided. Until then, it is up to each individual to do something and get involved.

PS: In the article about the sustainable lifestyle you will directly get a big list of simple tips for more environmental protection, which you can implement step by step.