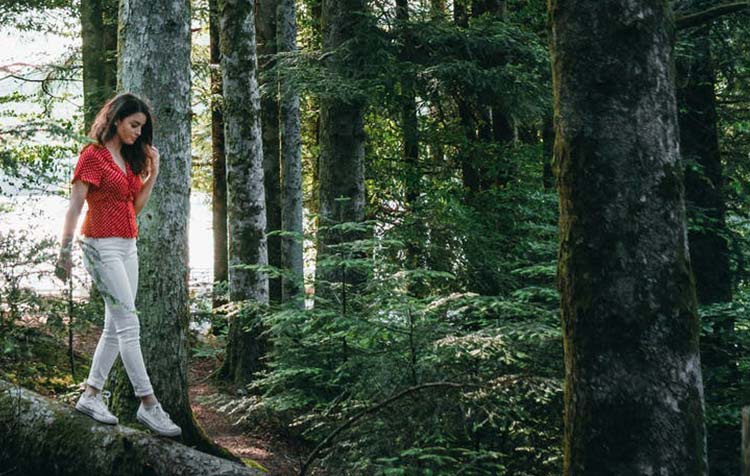 Environmental ethics - What is it exactly?

What is environmental ethics? If you're looking for an answer to that question, you've come to the right place! We humans have even for the biggest Environmental problems of our time from climate change, deforestation and air pollution - to the Plastic waste in the oceans. These problems are a logical consequence of our wasteful and selfish way of life. But the solutions are also ready. Environmental ethics takes a look at the ethical and moral issues.

In this article I would like to show you what exactly is meant by environmental ethics. From the definition, to examples, to issues, to our responsibility. Let's go!

What is environmental ethics simply explained?

Environmental ethics (also called ecological ethics) is fundamentally concerned with moral questions about man's interaction with non-human nature. In a narrower sense, the term refers to human or economic behavior in terms of morality, responsibility and the protection of natural resources.₁.

Those who act in an ecologically ethical manner are themselves increasingly environmentally aware and are actively committed to the preservation of nature and the protection of all living creatures.

Notice: The questions of environmental ethics also concern the coexistence of us humans. As a result of the environmental problems of our time, there are, for example, more and more Environmental Refugees: People who have to leave their homes due to environmental changes or natural disasters.

Which living beings and natural objects should or must we humans assign a self-worth to? And should this happen out of pure self-protection or do we also have a moral responsibility? These questions are at the heart of environmental ethics. Here I would now like to introduce you to some of its reasoning models to make them a bit more tangible.

Anthropocentric environmental ethics gives no independent value to animals, plants, and inanimate, natural matter. Things have a right to exist only insofar as they serve human beings. Man is at the center and occupies a kind of defining special position in nature - any exploitation of nature for the purpose of man is therefore okay.₂

This worldview goes back primarily to the French philosopher René Descartes, who divided the world into spirit and matter - and assigned the spirit exclusively to man. New approaches of anthropocentric environmental ethics confirm the special position of man, but at least attribute to him a certain responsibility for the preservation of nature.

Argument of the last person: The Thought experiment describes the behavior of the last man on earth and is intended to show that morally acting people can do what they want as long as they do not hurt anyone else or themselves. Experiment and argument go back to the lecture "Is There a Need for a New, an Environmental, Ethic?" (1793) by philosopher Richard Routley.

Pathocentric environmental ethics is based on the conviction that all life is related and that humans and animals suffer in a similar way. It thus somewhat abolishes the special position of humans and for the first time ascribes rights to living beings capable of suffering, such as animals.₃ The English jurist Jeremy Bentham was one of the first proponents of animal rights. The German philosopher Arthur Schopenhauer was also one of the first people to Animals feelings like suffering and joy and thus also decisive Similarities between humans and animals attributed.

"Compassion for animals is intimately associated with goodness of character, and it may be confidently asserted that he who is cruel to animals cannot be a good man."

For example, by Animal testing rejected, moral forms of compassion and responsibility towards animals emerged, so to speak. Animals were granted a right to exist even if they did not serve humans. Thus the foundation was laid for today's animal and environmental ethics.

Biocentric environmental ethics ascribes a vital interest to all living things. It assumes that the human being has direct duties towards pain-sensing creatures, but also towards all other living beings. All life has a purpose of its own and does not exist to serve man.

"Animal protection is education to humanity."

The German-French physician and philosopher Albert Schweitzer, for example, was one of the consistent advocates of biocentric ethics.

Holistic environmental ethics (also called holistic environmental ethics) ascribes rights and values not only to all living things, but also to all inanimate, natural matter.₅ What is expected, however, is not the equal treatment of animate and inanimate nature, but rather simply the consideration of inanimate nature as a valuable part of nature. The holistic environmental ethic Considers man as a part of nature and not as something detached from it with a special position. It is decisive what benefits nature as a whole and does not only serve the advantage of humans. Nature is therefore ethically significant as a whole - if we humans intervene in it, we need a moral justification for doing so.

Why is environmental ethics so important?

Environmental ethics is for that, To bring about changes in our thinking and actions. If it is not followed by action change and environmental social movements, its value is low. But if it clearly establishes the motives for ecologically ethical behavior, it can lead us to a decisively sustainable way of life in which we humans do not see ourselves as rulers over nature, but as simply part of it.

But whether Climate change, Deforestation of the rainforests, Air pollution or Water shortage: the Consequences of our actions on this earth are unmistakable today. In the past, ecologically unethical behavior may not have had any noticeable impact on us humans - but now it has direct consequences for the entire biosphere. To make matters worse, so-called Tipping points in the climate system can lead to unstoppable chain reactions that also threaten our own existence on earth.

This means that even if we didn't care at all about the environment and the animal world and walked through the world absolutely selfishly, we would also end up doing enormous harm to ourselves and also to our children and grandchildren. "After me the deluge" is therefore also a selfish and very short-term thought project from the point of view of environmental ethics. We must therefore understand that sustainable action is also a form of self-protection is - and that we cannot remain healthy as the only living being in an unhealthy environment.

We can't avoid learning, live more sustainably. And so changes are also difficult for us like, is the Implementation of a more environmentally friendly way of life today as easy as never before. Here are some related articles that can help you:

Tip: Going vegan is not exclusively about preventing the exploitation of animals. In a separate article you will learn why Veganism also human rights promotes.

I don't want to deprive you of the fact that you can also study environmental ethics. The course provides you with a comprehensive understanding of the relationship between humans and nature. It prepares you decisively for work in environmental associations, in the communication of consciously sustainable companies or in the field of sustainable education. As a master's degree, it is offered, for example, at the Augsburg University offered.

Tip: I have given you a detailed list of all sustainable study programs compiled here. There you will find further inspiration for your future career!

Environmental ethics - We have a responsibility

Environmental ethics teaches us: we need to be proud again of what we do - but also of what we don't do. Our actions have consequences - and often victims. We are not the center of nature, but only a part of it. A part that is responsible.

I hope that I was able to help you with this article on the topic of environmental ethics. Do you have any questions or suggestions? As always, feel free to leave me a comment.

PS.: The Factory farming is one of the main causes of today's ecological problems. Find out now what speaks against the fact that we are Humans carnivores are.