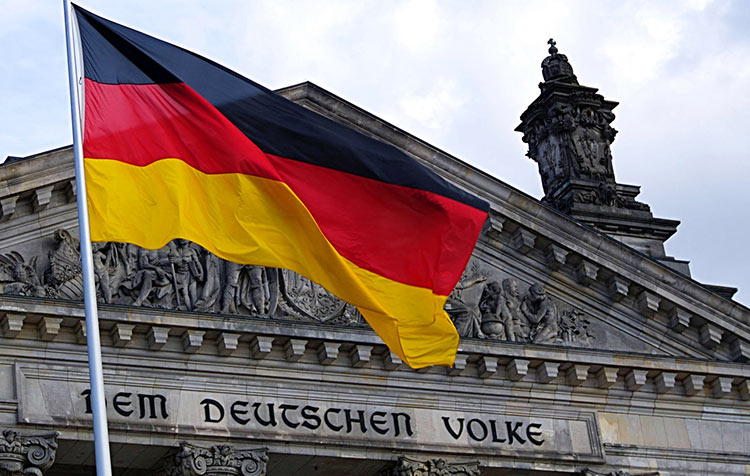 How do German policymakers combat plastic waste - and our throwaway consumption in general? The Plastic waste problem and its harmful consequences for our environment have now basically reached all parties in Germany. The plastic free lifestyle is on everyone's lips. But in the political search for a solution, each party naturally sees it somewhat differently. And when I asked the parties, I was surprised with the most varied answers.

In this article I would like to present the how the major parties are working against plastic waste and what politics in general is doing against our throwaway society.

Notice: By the way, the NABU (Nature and Biodiversity Conservation Union) has published precise figures on the problem. It shows that more than 1,000,000 seabirds and 100,000 marine mammals die every year as a result of our plastic consumption. These are important facts to better assess the scope of the plastic problem. Read more about this in the Plastic waste statistics.

Strategies and measures of the German policy against plastic waste

This video should have clarified the environmental problem of plastic waste once again. Here I would like to show you now more exactly what the German parties against our garbage problem and especially the masses of Plastic company.

The Greens - active against plastic waste

The deputy federal chairwoman of the Green Party, Jamila Schäfer, forces a EU-wide common European deposit system and a Plastic taxto reduce the amount of plastic waste generated. The Greens want to reduce packaging waste by at least 50% by as early as 2030 and reduce the Recycling rates for plastics so that all new plastic products placed on the market in the EU are recycled or fully degradable.

Toni Hofreiter, the chairman of the Green Party, presented his two-point plan to me in a personal meeting.

The left - they also fight against plastic waste

Also the Left sees the situation dramatically. The federal chairwoman of the Left Party, Katja Kipping, therefore reflects a similar opinion to the Greens. For the Left, waste avoidance, for example, through Reusable packaging and waste recycling through Recycling effective countermeasures. They call for manufacturers to pay a resource charge on the use of plastic and for a Deposit system for disposable cups.

The SPD - takes a stand against plastic waste

The party's own election program shows that the SPD is also fighting plastic waste with its policies. The party wants to reduce excessive plastic waste through a Ban on single-use plastic and superfluous packaging reduce. In addition, the focus is on the Promotion of packaging made from recycled material. In its climate protection campaign, the SPD also makes it clear that it will Microplastics in cosmetic products completely.

The FDP - counting on the consumer

The FDP sees the problem somewhat differently. The secretary general of the FDP, Nicola Beer, is counting on a international solution. It is necessary to create guidelines and incentives with international partners to reduce plastic consumption by at least 20 percent by 2025, as well as to pursue compliance with existing laws more consistently. In this context, the FDP also relies on the responsible consumer.

The CDU/CSU - swimming with the tide

Together with the SPD, the CDU/CSU parliamentary group has drawn up the 5-point plan in the fight against plastic waste, the main components of which you will learn in the course of this article. Unfortunately, the CDU/CSU considers product bans to be the wrong approach, unless affordable alternatives are also available. This consideration is completely correct, however, all reusable products are also more affordable in the long term than the eternal new purchase of disposable items. However, the CDU/CSU is committed to the Preservation and further development of the deposit system one.

The AfD is largely keeping a low profile on the subject of environmental protection. The AfD politician Andreas Mrosek did dare to make a brief foray with a few facts about the plastic waste problem, but then also stated in turn that Europe was only responsible for 2% of the global plastic waste in the oceans. That this could be a figure that is deceptive, however, he did not question. But since we ship a large part of our plastic waste from Germany to Asia - we only gloss over our waste and recycling figures. At second glance, we are engaging in similar throwaway behavior. Moreover, since the AfD rigorously ignores all existing facts about climate protection, it is one of the parties we cannot count on in the fight against plastic waste.

But there are also small parties in German politics that actively campaign against plastic waste. These include the PFD (the Party of Plastic-Free Germany) as well as the Animal Welfare Party.

The core demands of the PFD in this regard are as follows. They demand a Complete ban on disposable PET bottles from the year 2025 and, in parallel, that all unnecessary plastic waste, such as plastic bags, be banned from everyday life. Likewise a Advertising ban for beverages in plastic bottles, especially in disposable bottles, analogous to the cigarette industry. And a thematic Processing of the dangers of plastic packaging/bottles by the federal center for Health Education.

The animal welfare party in the fight against plastic waste

The Animal Protection Party also calls the problem an environmental disaster. It calls for the industry to bear the costs of disposal and also for it to be obliged to sustainable packaging materials to switch to plastic. In addition, the party is calling for bans on unnecessary packaging, as well as products such as plastic cutlery, plastic cups and other single-use plastic waste. Also a Ban on exporting German waste to developing countries, is forced. Because it is only when the problem remains in one's own country that solutions are actively sought.

The 5-point plan of the current government

The governing parties - the CDU/CSU and the SPD - have presented their strategy for less plastic and more recycling with the so-called 5-point plan. And I have compiled the most important measures.

4. avoidance of plastics in biowaste

Ten rivers worldwide carry about 90 percent of plastic waste into the world's oceans. The Garbage whirlpool in the sea are making their rounds. The neighboring countries are to be supported in the environmentally friendly disposal of plastic waste. A total of 50 million euros will be made available for the export of technologies to combat marine litter.

The work of the policy against plastic waste - Is it enough?

Basically, I also see it as the case that the path to less plastic waste must stand on several pillars. These range from recycling and waste avoidance to higher taxes on products containing plastic. Apart from the fact that this path should have been taken much earlier by politicians, financial incentives and voluntary measures are, in my opinion, too half-hearted an approach.

I don't think change will work without legal rules or additional taxes to produce plastic. I can't for the life of me imagine that industry would voluntarily give up the production of plastic products. After all, the economy is all about profit.

There are already so many environmentally friendly alternatives to plastic packaging and products. I'm thinking of bioplastics made from sugar cane or Styrofoam made from mushrooms. And then there's also take-away packaging, such as that used by the big fast-food chains.

Not to mention the many alternatives to the disposable coffee cup such as the already functioning coffee cup deposit system to own, reusable cup from natural materials. To find out whether the Coffee2Go cup has consequences for the environment, I don't need an extensive research project! And I believe there is also a life after the "disposable coffee cup - it is already being initiated by many consumers.

Likewise, you can be Drinking water from the tap with a water bubbler (as I do at home for a very long time) as a delicious mineral water refine and through the multiple use of the Glass flaschen this also protects the environment.

Plastic waste in the environment is one of the biggest environmental problems of our time. I appreciate the 5-point plan of the politicians as a good start, but due to the urgency, the points are not aggressive problem-solving enough in my opinion. Plastic products such as bags or straws should have been banned much earlier and worldwide in my opinion. I have the feeling that many people forget that all the plastic waste that is already in the sea and is added to every day cannot simply be fished out. What's in it stays in it. Because when the plastic bottle has slowly decomposed after 500 years, what remains is Microplastics in the sea back. And that ends up back on our plates in the fish. (see Bio-accumulation of toxins - plastics in the food chain)

Because my generation in particular has to live in the future that is left to us with the current decisions. We don't want a future in a destroyed ecosystem. And the fact that this issue is a top priority for us can also be seen from the fact that more and more young people are getting involved in it. They #fridaysforfuture.

What do you think about the plastic waste policy? Which party do you think is doing the best? Feel free to write me a comment.

PS.: If you want to learn to live waste-free and plastic-free, then I recommend you the Online Course 30 Days To Zero Waste from Christoph - after the 30 days you will make almost no more garbage!

I'm Livia Kerp, 17 years old and have been blogging since 2015. I was a jury member for the Youth Word of the Year 2016-2018 and write the RTL Youth Column, as well as a column for the online magazine LangweileDich.net and the Münchner Samstagsblatt. My main topics are social issues from politics (youth politics and environmental protection), entertainment and my hometown Munich.