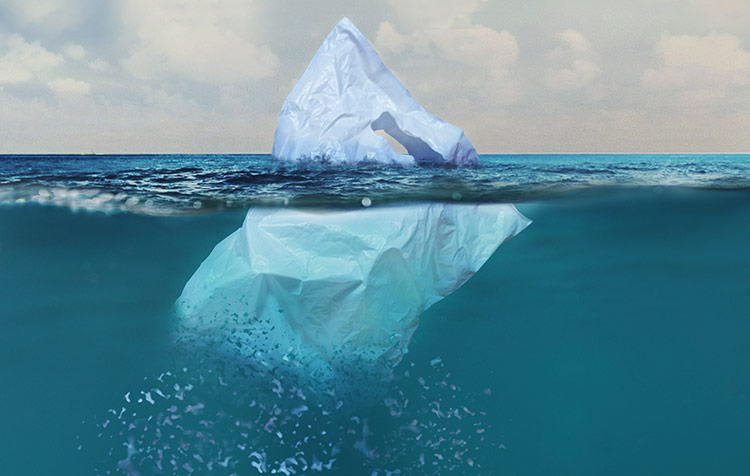 The 8 best projects against plastic waste in the sea

The Ocean Clean Up

A great project that declares war on plastic waste is The Ocean Cleanup. Boyan Slat, the young founder of the project against plastic waste in the sea, comes from the Netherlands and wants to free the oceans from waste with the project. The idea behind it is the following: The garbage floating on the surface of the sea will be collected with the help of long floating "arms" lined up in a v-shape. The plastic waste is then sucked up by a platform attached to the seabed. The trash is then recycled. The whole thing is supposed to work thanks to the currents of the ocean vortex. The ocean currents cause the trash to flow into the tentacles, which also automatically adjust to changes in wind direction. The team is working diligently on the project against plastic waste. Starting as early as 2018, and thus much earlier than planned, the The Ocean CleanUp the new technology in the Great Pacific Trash vortex Apply

4Ocean is a project, regularly organizes plastic waste cleanups on the beaches of the world, so-called Beach CleanUps. The collected and recycled plastic waste is then used to make a bracelet that applies to fund the project. For each bracelet purchased, one pound of plastic waste is removed from the ocean. It costs 20 US dollars. The bracelet is available in a variety of colors and, of course, is used to fund CleanUp materials to expand the movement more quickly to other countries.

The Manatee is great project against plastic waste in the sea. It is a ship that offers several solutions at once. It collects garbage from the sea, taking water samples and measuring the level of pollution in the water. Catching nets attached under the ship pick up plastic waste floating on the water's surface, while the catamaran moves at a speed of about two knots. According to Holger Borchert, it would take 5000 manatees to eliminate the problem within 10 years. The project was launched by the One Earth - One Ocean organization, founded in 2011. The test run of the Manatee took place in Lübeck in 2016. The ship was actively deployed for the first time in Hong Kong in spring 2018. The advantage of the Manatee is that it can be used flexibly. The ship can be easily packed into containers and transported to the places where it is supposed to clean up. Another great project against plastic waste in the sea.

The Plastic School offers materials for four different school levels: Elementary School, Orientation Level, Secondary Level I and Secondary Level II. Depending on the age of the students, the materials pursue different learning objectives. The materials can be used in all types of schools. The materials can be downloaded free of charge from the website of the project against plastic waste. The PlasticSchool project was made possible with the help of funding from the Ministry of Education, Science and Culture of the state of Mecklenburg-Vorpommern. The Ozeaneum Stralsund developed the materials for grades 3 to 6, while the Leibniz Institute for Baltic Sea Research Warnemünde focused on the development of the materials for grades 7 to 12. More information can be found at the Website of the project.

#365 Unpacked is an art project by Antoine Repessé that critically questions the use of plastic. For this, the photographer collected his garbage for four years and then photographed it. The images are frightening and really make you think about the plastic problem of our world.

This project against plastic waste in the sea was created by David Katz and Shaun Frankson in Haiti. The idea behind The Plastic Bank is simple: The founders turn plastic waste into a currency. People can exchange plastic waste they have collected directly for money or products such as oil. The collected plastic is recycled and then resold to companies as so-called "social plastic". By buying "social plastic," companies not only support the cleaning up of the oceans, but also the income of people in Haiti.

Two Australian surfers, Andrew Turton and Peter Ceglinski, wanted to do something about the littering of their surf beaches. So together they developed the prototype of a trash can that can float on the surface of the water. The Seabin is one of the best-known projects against plastic waste in the sea. The two founders raised money via crowdfunding for their Seabin project. Here's how it works: The floating trash can filters the plastic out of the seawater with the help of an electric pump. The seawater can then be pumped back after it has been de-oiled. The absorbed trash is stored in a bag made of natural fibers. Later, it is brought ashore, where the plastic waste is recycled. The first so-called Seabin was deployed in the port of Helsinki.

The Precious Plastic Project against plastic waste in the sea was founded in 2013 by Dave Hakkens. For this, he and other participants in the project have developed machines that make it possible for you to recycle plastic. In the process, the machines can be built and used at home. The plans of the machine are online at the Website of the project callable. In addition, the recorded explanatory videos that show you the process of production. In addition, there is a community with which you can exchange information about the project.

Projects against plastic waste in the sea

PS: In the Plastic free blog you will get much more inspiration about the topic of plastic, its consequences and how you can avoid plastic in everyday life.