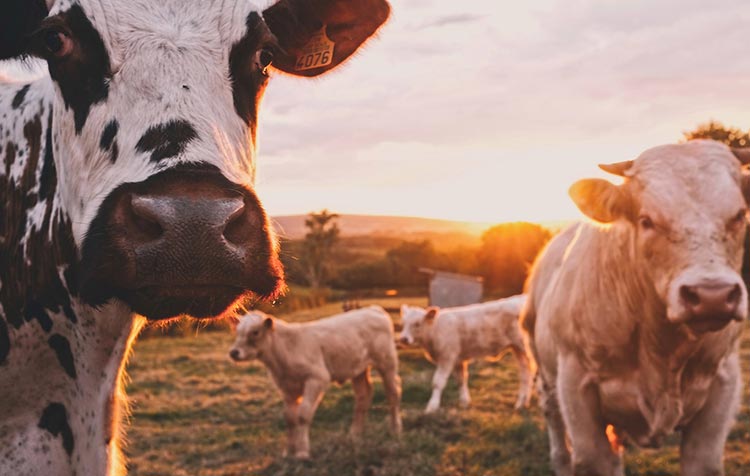 Again and again you hear and read about people who are no longer vegan - whether in the celebrity world or in their own environment. They take the step back, from vegan to vegetarian or meat eater - and consume animal foods again, from which they actually wanted to permanently part with. But what exactly are their reasons for turning their backs on veganism?

In this article I would like to give you the answer to this question. In addition, you will learn why people who stop being vegan were never vegan in the first place. Let's go!

6 common reasons to "not be vegan" anymore

The number of vegans in Germany is increasing rapidly. The number doubled during the Corona crisis alone. Now about 2 percent of all Germans live vegan.₁ So it's not surprising that there are also people who stop being vegan now and then. Here I present you the most common of their motives for doing so.

Many a person quits veganism because, after a trial period of a plant-only diet. Symptoms of a nutrient deficiency (e.g. headaches, malaise, pimples, etc.) recognized. Of course, these can also have another cause. In the end, the switchers usually don't even know if they really had a nutrient deficiency. Nevertheless, the people with whom they share these experiences believe it.

Fact is: at a balanced vegetable diet are according to American Dietetic Association (the world's largest organization of food and nutrition professionals), no nutrient deficiencies are to be expected at any stage of life, including pregnancy.₂

Tip: Just do regular vitamin tests with your primary care physician to check for any deficiencies during the transition from meat-eater or Vegetarian to vegan prevent.

For many the Veganism only a trend, that quickly fades away. Celebrities in particular like to take the opportunity to show the world that they live vegan. After all, this testifies to compassion, makes sympathetic and brings them into the limelight. To be no longer vegan, creates then some time later still another reason for headlines, which move other humans to consume likewise again animal products.

Fact is: Veganism has been around since 1944, when the "Vegan Society" was founded. The number of vegans around the world is growing steadily and rapidly. It is not a trend, but a Movement against the exploitation of animals and Cruelty to animals - an attitude that almost all people in the world share with each other.

"No longer vegan" are often the people who are only superficially concerned with the reasons and implementation of the diet and lifestyle have. As a result, it is simply too much effort for many to check the list of ingredients for every food item and to ask for vegan alternatives in the restaurant. The vegan substitutes are not enough either. Maybe they just don't feel well because their diet is too one-sided.

Fact is: The advantages of a plant-based diet only really come to light when you really get to grips with it. Those who do will quickly discover how diverse and colorful vegan cuisine actually is. Burgers, pasta, pizza - you can still eat it all. And after only a short time, you'll have gotten into the swing of things, too! In addition, it helps immensely to to put themselves in the position of the animalswho have to suffer for their own diet. Then you quickly realize for whom it actually becomes uncomfortable.

When people switch from being vegan to vegetarian or meat-eater, it's often also a Consequence of the lack of support in one's own environment. When constantly in discussions with colleagues, friends or your own parents, the way to stop being vegan is usually the path of least resistance.

Fact is: If you work intensively with the Reasons for veganism employed (Animal suffering, environmental destruction, health hazards) and it "clicks", the decision to live vegan is like a massive fortress. From there you can rather Convince meat eatersthan actually returning to the consumption of animal foods yourself. It is also helpful to become vegan together with others and to exchange ideas regularly in Facebook groups or forums.

Notice: Often you hear that vegetarian yet is enoughto change something. The diet also makes a difference, that's true. Nevertheless, you continue to pay money for products for which animals are tortured and exploited.

I used to be one of those people who wanted to do everything perfectly. This has led to the fact that new things or Changes difficult are. Perfectionism is also a very crucial reason for many people to stop being vegan. "I alone can not change anything anyway", "Animals will continue to be tortured even if I stop eating them" and so on. And then there are the daily discussions with meat eaters, which bring many people to the brink of the Resignation bring

Fact is: Nothing has to be perfect if we develop in the right direction every day, both personally and as a society as a whole. And that is the case. There are more and more vegan restaurants, vegan YouTuber and vegan recipes. Not a day goes by that animal rights and a plant-based diet are not talked about in the newspapers and on television. Every single vegan and also every single vegan meal, contribute to this. To take back the decision "pro-vegan" is definitely a step in the wrong direction.

Many of the foods to which people have become accustomed for years or decades are of animal origin. Meat, cheese, yogurt, eggs, milk - the consumption of these admittedly delicious foods has created cravings. The ravenous appetite is sometimes stronger than the attitude and motivation to stop eating animals. And so it happens that many vegans suddenly consume animal foods again.

Fact is: There is now at least one equally delicious plant-based alternative for every food! Not all substitute products taste overly good - but that is no different with meat, cheese & Co. Just use pea-based sausages, cheese made from coconut oil, and Soy yogurtto make the change easier for you and to prevent cravings.

Who is no longer vegan, was actually never vegan

We have now talked about the reasons why people stop being vegan. But in my opinion, they were never vegan, they just ate a plant-based diet. However, veganism is more than a diet. It is a way of life that tries - as far as practical - to avoid all forms of exploitation and cruelty to animals for food, clothing, experiments and tricks. One does not simply turn one's back on such an attitude. These are deepest, inner moral concepts.

I became a vegetarian because I wanted to live healthier and even more environmentally friendly. Vegan I then became a short time later for the animals. For example, because Dairy industry considered even more brutal, than the meat industry. It is primarily about ethics - environmental protection, the promotion of their own health and the Fight against world hunger are additional motivators. The focus is on the well-being of all living beings - and not exclusively on our own well-being.

Tip: In the article about the Difference between vegan and plantbased you can learn more about it.

Ethical-motivated veganism is here to stay

Of course, you can stop eating a vegan diet. But who for the deepest ethical reasons vegan lives, will not stop being vegan. Because the latter is not a form of nutrition, but a way of life. A way of life against animal cruelty and the exploitation of innocent, feeling living beings. Moral values that probably most people would sign directly.

Do you have questions about this post? Or are you thinking about not being vegan anymore? Then feel free to write me a comment with your reasons.

PS.: Did you know that you can also use vegan for people and not only for animals? In the linked article you can now learn how your vegan lifestyle also promotes human rights.

References:
₁ Federal Ministry of Food and Agriculture: Germany, as it eats - the BMEL Nutrition Report 2021, available at https://www.bmel.de/DE/themen/ernaehrung/ernaehrungsreport2021.html. [27.05.2021].