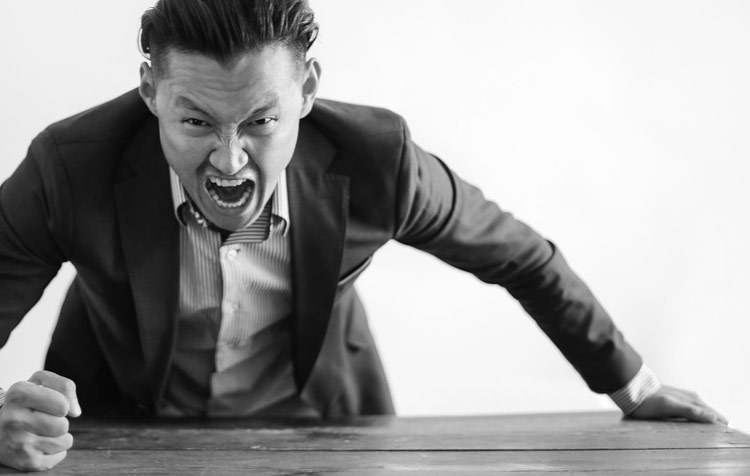 Why are vegans so annoying? 5 reasons

Wondering why vegans are so incredibly annoying, exhausting and pushy? Then I would like to serve you here briefly and succinctly the answer. I am a vegan myself - but was also a meat fanatic for 30 years of my life. I'm familiar with both sides. I was annoyed when someone else needed an extra vegan sausage - and was annoyed when I realized why I - and best of all immediately all people in the world - vegan should be.

Meanwhile, I'm no longer so exhausting - I think 😉 Because I understood why vegans can be so annoying and exhausting. Here I would like to list you the 5 crucial reasons for it - also to mediate between the camps. Let's go!

Here is a preliminary short Overview for you:

5 reasons why vegans are so annoying to others

Annoying, exhausting, pushy, annoying, intolerant, spoiled, and aggressive - wow, I used to be really Built a wall of negative stereotypes about vegansto avoid having to deal with this lifestyle under any circumstances.

It wasn't until I broke through them that I could understand why I always found vegans so "sucky". As promised, here are the 5 crucial reasons why!

1. due to an inner, moral contradiction

Cognitive dissonance is a term used as unpleasantly felt emotional state that occurs when we recognize reality and two of our cognitions are in conflict. This inner conflict occurs, for example, with smokers who know that smoking significantly increases the risk of cancer. But also with meat eaters and vegetarians, if you feel that smoking increases the risk of cancer: "I love animals, but I have them killed for my meals."

This is quite obviously a Contradiction between one's own values and one's own actions. Rejection and hatred towards vegans - or the consolidating attitude that they are annoying - are a typical reflex to this.

2. because they challenge our ethical values

"I love animals. They are feeling organisms, who feel pleasure and pain just as we humans do. And I don't want anything to be done to them."

I don't think I'm going too far out on a limb when I say that we're all against Cruelty to animals are. Nevertheless, a large part of our society finances them regularly when buying meat, cow's milk, eggs, gummy bears, fur coats and many other animal products, consciously or unconsciously. In the Factory farming animals are artificially impregnated, mistreated, mutilated, shredded, and gassed. Even in organic farming, male calves and chicks have no value to the industry, so they are killed shortly after birth. And whether "mass or class", whether "young or old" - in the end, all "farm animals" end up in the same, brutal slaughterhouse, because we want to eat them.

These are things that fundamentally speak against human values. Therefore, an inner conflict arises here again, which can reinforce our image about exhausting and annoying vegans: "I'm against animal cruelty, but I pay money for it."

Good to know: Most vegans are also vegan for people - and not only for the animals. Because the lifestyle also helps, for example, to reduce the Stop world hunger.

3. because they challenge our ecological values

"I want to protect my environment - but I want to keep eating meat and consuming other animal products." The cognitive dissonance of non-vegans also continues when it comes to the topic of environmental protection. At the latest when they learn that around 83 percent of the world's agricultural land is used for grazing or cultivation for feed for "our" farm animals.₁ Or when it becomes clear that 88 percent of the Deforestation of the rainforest in the Amazon region are the responsibility of the livestock industry₂ and this is the key driver of the current Species extinction is.

Protecting the environment and eating animal-based foods? The two don't go together - and that's three meals a day. This inner contradiction again leads to the fact that many people find vegans annoying and exhausting.

You can't imagine living vegan? Me the Dominion film ultimately convincing and permanently motivated... It is available for free on YouTube. I am sure it will change your life in a positive way.

4. because they challenge our pursuit of health

"I want to be healthy and stay that way - but continue to eat meat." With Nicht-Veganern again an internal contradiction develops, if they experience that Veganer contrary to their call, evenly not all "thin, weak, underfed and unhealthy" humans are.

Scientific studies have proven that vegans are less likely to develop type 2 diabetes, cardiovascular disease and certain types of cancer.₃ In addition, according to the American Dietetic Association suitable for all phases of a person's life - including pregnancy.₄

If it's healthy to go vegan, why would we continue to do these gruesome things to animals? Most non-vegans do not find an answer to this. This is another reason why vegans are often perceived as annoying and exhausting as a result.

5. because there is simply no logical argument against veganism

"I want to stick to my habits - but I don't want other people, animals, the environment and my own health to suffer." Habit, taste, tradition and convenience are certainly the most commonly cited arguments for the consumption of animal foods. They are all quickly refuted. Not least because they come across as rather selfish.

Informed vegans are therefore certainly so annoying because there is simply no chance to triumph against them in a discussion. Quite simply because they stand up for the values that you basically also represent yourself. But because of the contradiction with your own actions, you don't like to admit it. The reaction? Either you find vegans annoying - or you realize that you should change something to bring values and actions back into line.

You are not convinced yet? In a separate post I will show you all my Reasons to go vegan.

Vegans are annoying because they question habits

To most People find personal change difficult. In this case, there is even a threat of a significant Change that, for most of us, challenges the behavior of several decades of our lives. No wonder, then, that vegans are so annoying when they explain to us, unasked or on demand, that they live vegan for animals, for people, for the environment and for their own health.

So we agree that vegans are annoying - right? Just forget that for a moment and ask yourself the following question: Which lifestyle is more in line with your personal values? The way of life that demands sacrifice intermittently but regularly? Or the way of life that emphasizes compassion, mercy and love for people, planet and animals? My answer was the latter. That's why I'm vegan now. And happy with it.

Can you think of any other reasons why vegans are so annoying? Or did this article help you better understand the vegan lifestyle? Feel free to share your thoughts in the comments.

PS.: In the article Start into vegan life you get tips and tricks for the entertaining changeover.