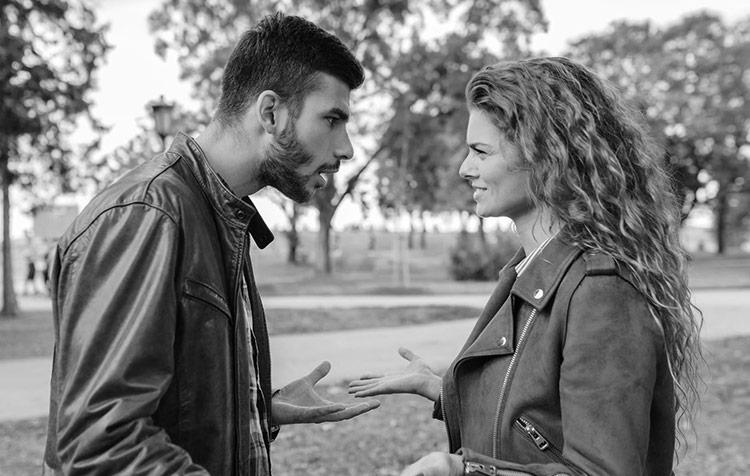 Whataboutism - What is it anyway?

Have you ever heard of the so-called Whataboutism heard of him? Even if you haven't, you've definitely encountered it in your daily life, in the news, or on social media. Maybe you've even used it unconsciously yourself. It is, in short, a manipulation technique for unwelcome criticism that turns the focus elsewhere. As perfidious as it may be, you can quickly be caught off guard by it.

To counter such counter-arguments safely, I would like to give you everything you need to know about whataboutism in this article. You will learn the definition, examples and the best way to counter it.

Here is a short table of contents for you. Let's go!

What does whataboutism mean?

If you find the term Whataboutism ("what about...?" = "And what about...?") in a dictionary, it is usually translated as "Argumentation techniqueThe term "failure" is used to describe the reaction to a critical accusation about a failure with a reference to a grievance on the other side.

The aim of this argumentation technique it is quite easy to belittle the questioner or his argument, to take the wind out of his sails and at the same time to avoid the unpleasant answer.

Simplified: Your opponent tries to distract from your argument by using an unobjective and often personal counterargument that is taken out of context. It usually has nothing to do with the actual issue at hand, but presents your own argument as inconsistent, ridiculous, or hypocritical in the short term.

Digression: The rhetorical device of well poisoning (English equivalent: "Poisoning the well") is a similar technique in which someone presents hostile, distorted information about the opponent or the opponent's position on the debate in order to discredit, denigrate or ridicule the opponent in advance.

Here I would now like to present you some examples of whataboutism in everyday life and in politics.

We often encounter whataboutism when someone feels they need to be lectured or change something about themselves. Here are some examples of whataboutism that we may encounter regularly in our personal or professional lives:

"To reduce our CO2 emissions, we'd better shut down coal-fired power plants." (when it comes to the fact that the introduction of a speed limit could reduce the CO2 emissions of traffic).

"But vegans also fly on vacation." (when it comes to veganism being a very environmentally friendly lifestyle).

"And what about the left?" (when it comes to right-wing extremists being particularly prone to violence).

Whataboutism is also used quite obviously in political discussions, where people are observed by cameras and thus also millions of people. A master of deflection and "But what about..." counter-questioning is definitely Donald Trump. Here are two examples of whataboutism from politics:

"So many people are wondering why the attorney general's office or the special counsel isn't looking into the many crimes of Hillary Clinton or Comey. 33,000 emails deleted?" (Donald Trump (via Twitter) in response to the FBI's investigation into his Russia scandal)

"As long as these Greens are cutting down the rainforest for tofu sausages and avocado toast, they have no say at all in this country for our farmers." (Tilman Kuban (Junge Union) in his speech at the CDU party conference about the climate- and environment-friendly vegan diet)

"All we talk about all the time is meat, we should talk about heating and housing just as much!" (Christian Lindner (FDP) in a climate protection debate on the climate impact of animal foods)

Often, such an off-topic counterargument cannot be denied. Especially not if it corresponds to the truth. However, it is merely a bogus argument that is largely worthless in the context of the specific discussion and definitely not purposeful. Those who use whataboutism are usually not in a position to argue professionally.

Therefore, I would like to give you some tips to unmask whataboutism and to be able to counter it.

Those who resort to whataboutism agree with you

If someone once again obviously uses whataboutism, this is only a confirmation that your counterpart can no longer think of any logical arguments for his request. You yourself are thereby strengthened in your position and can use the respective moment to convince other people of your position.

I hope that I was able to give you an understanding of whataboutism, its peculiarities and how to deal with it in this article. Do you have any questions or suggestions? Then just write me a comment.

PS.: I myself always come across whataboutism when it comes to veganism. In the article Convince meat eatersI will give you some logical means to win others over to the side of justice, mercy and compassion towards other living beings.