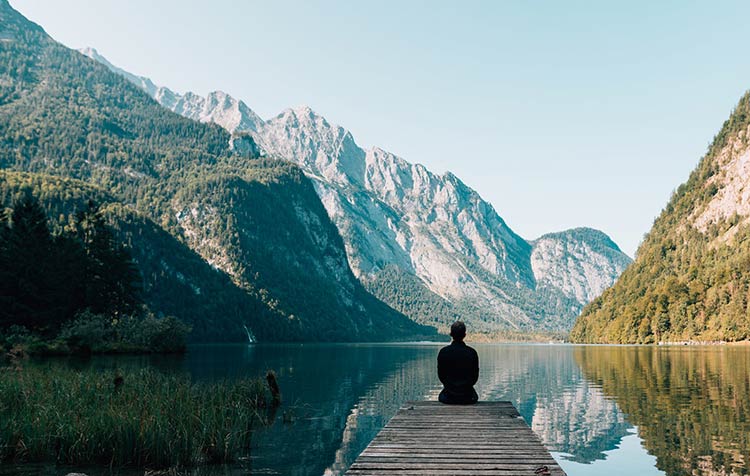 What does salutogenesis actually mean? And how is it different from pathogenesis? You may have heard of the terms before and may not yet have much of an idea of what they mean. Simply put, one could also speak of preventive health promotion instead of disease control. Why shouldn't we specifically prevent diseases instead of fighting them when they are already there?

This article provides you with clear definitions of salutogenesis and pathogenesis, explains key differences, and also includes some practical tips and examples to promote your health salutogenetically.

Here is already a short Overview for you in advance:

What is meant by salutogenesis and pathogenesis?

Before we delve deeper into the subject, let me first give you a clear definition of the two terms.

The term salutogenesis comes from the Latin salus (health, well-being) and the Greek word genesis (origin, emergence) and thus stands for the Emergence of health. The scientist Aaron Antonovsky developed the concept based on the question "Where does health come from, and how can I strengthen it?" His result lies in an increase in resilience, that is, resistance.

According to Antonovsky man is constantly moving back and forth between health and illness. In this process, illness arises when one is out of balance. The basic idea of salutogenesis is: If you can fall out of balance, then you can also return to balance.

Various resources are available for this purpose. The most important resource is the Self-efficacyThis is the realization that we can do something for our health ourselves and that we humans are by no means at the mercy of nature.

Pathogenesis derives from the terms patho (disease) and genesis (origin) and thus focuses on the Emergence of physical and mental diseasesas well as their causes and dangers. However, this only considers a small part of the "overall health picture" and the pathogenesis is quite limited.

Instead of body and Strengthen immune system and thus generate a resistant body, the pathogenesis is about Disease to avoid or treatby resorting to medications, vaccinations and sick leave. I do not mean to say that these are bad things per se, and there are certainly cases where drug treatment or sick leave are useful. However, many of these treatments and sick leaves could be avoided by taking a salutogenetic view of health.

The essential Difference of salutogenesis and pathogenesis is in focus. Salutogenesis deals with the production of health, while pathogenesis focuses on the development and control of disease. As a result, contrasting views develop.

Antonovsky, the founder of salutogenesis, has compared health to a river. This river is full of dangers, such as whirlpools, stones and rapids. In pathogenesis, the doctor tries to pull the drowning people out of the stream. Salutogenesis, on the one hand, tries to make the person a good swimmer so that he can save himself. On the other hand, it tries to recognize why the person falls into the river in the first place and to avoid that. Salutogenesis is therefore prevention instead of aftercare.

Early detection is simply the early identification of disease patterns. Example: Skin cancer screening has nothing to do with prevention, as it does not prevent the cancer, but only detects it early.

True prevention involves avoiding the onset of disease and brings us back to salutogenesis. Many diseases are unnecessary and can be avoided.

Notice: In the article diet-related diseases you can learn about the connection between nutrition and disease and how you can prevent or treat diseases through proper nutrition.

The most important benefit of salutogenesis, of course, is that people can feel better if they do something for their health. In this way, they save themselves suffering and, in some cases, even an early death.

When fewer people need to be treated, the Health care system relieved. This reduces healthcare costs and frees up capacity and beds for people who urgently need treatment. The freed-up capacity also increases the quality of treatment, so that people recover more quickly.

Ownership: If everyone does something for their own health, then something is done for everyone's health.

Salutogenesis does not happen overnight, but is a process. Similar to a marathon, the first steps are still far from the goal and the goal may not even be in sight. This is problematic nowadays. Because actually we all know that obesity, alcohol, smoking, etc. are harmful. Why do many people nevertheless not act accordingly - and stop smoking, for example?

We humans have never been so dependent on short-term rewards fixed as it is today. Everything can be ordered with a single click and is at home the next day, any information can be requested immediately via a search engine, and videos, movies and series are available "on demand" within a few seconds. Patience, however, is like a muscle and requires training. So the problem with salutogenesis is that promoting health is a long-term goal and people are currently losing their patience through Instagram, Google & Co. and the short-term happiness of Cakes, cola and ready-made pizza value more than their long-term health.

Many people also simply rely on the government health care system. The pathogenesis is more in line with today's fast-moving credo: "A quick pill or injection and then you've taken care of your health enough." Whether this is an optimal and humane alternative, however, I will simply leave open.

Criticism of the health care system

Strictly speaking, our health care system should not even be called a health care system, but should be called Disease control system are called. This is because the focus is clearly on fighting disease through pathogenesis, so that the emergence of health has become a blind spot.

"If people knew how much thoughts affect their health, they would either think less or think differently."

This results in a Lack of education about the possibilities for maintaining health, since doctors are mainly trained in pathogenesis in their studies. Therefore, the focus is on illness and people do not even think that they could specifically do something for their health in advance.

Money is made with illness, or to put it another way: Only a sick patient, is a profitable patient. I would like to show you how unnecessarily we put money into the healthcare system with a little calculation. In 2019, healthcare spending amounted to 411 billion euros.1 Of this, 80 billion euros are attributable to smoking-related costs2,3, 40 billion euros are generated by alcohol consumption4 and another 29 billion euros by obesity.5

The combined cost of smoking, alcohol, and obesity is 149 billion euros, that corresponds to 36 percent of total spending on health and a considerable profit for clinics, doctors and the pharmaceutical industry. At the same time, the state and the media earn billions on cigarettes and alcohol through taxes and advertising revenues. No wonder that neither legislators nor media corporations or the pharmaceutical industry are interested in ensuring that people are adequately informed about these risk factors.

And another example of how it could be done differently. In ancient China, you paid the doctor as long as you were healthy. If you got sick, you stopped paying him until you were healthy again.6 So the financial incentive would shift to doctors and pharma actually having an interest in long-term recovery. You can find more information on this in the report "Pharmaceutical industry, worse than the mafia!"

First of all, I would like to say that I do not want to demonize the cesarean section at all and that in certain cases it has a medical justification. Nowadays, however, an unnecessarily large number of babies are delivered by cesarean section and this has financial reasons, among others.

Perhaps I have drifted a bit off topic with this example, but it illustrates incredibly well how the mechanisms in our health care system work. And: in fact, C-section children have a 50 percent higher risk of asthma to fall ill. Thus, home birth has something to do with salutogenesis after all.7

Integration of pathogenesis and salutogenesis

Of course, conventional medicine is also important and has produced an incredible number of achievements. Emergency medicine and trauma surgery save countless lives every day. So the goal is by no means to abolish conventional medicine. Instead, the goal should be to promote orthodox medicine as a Part of a holistic medicine to integrate. Holistic medicine combines salutogenesis and pathogenesis so that people can keep themselves as healthy as possible and, on the other hand, receive ideal medical care.

Practical tips and examples for salutogenesis

By now, you may be asking yourself what you can practically do to promote your health. Here are some Examples of practical salutogenesis:

I think with the list you have a solid start to a salutogenic and truly healthy lifestyle. In addition to the examples described so far, salutogenesis is also about Risk factorssuch as stress, smoking, alcohol, harmful environmental stimuli, digital or stressful media consumption. reduce.

Digression Psychosomatics: Psychosomatics is concerned with recognizing the deep psychological connections between illness and deriving measures for recovery from them. Here, illness is seen as an expression of the soul or emotional life. In this way, the causes are dealt with effectively instead of working superficially with symptoms. Book Recommendation: Illness as a symbol* by Dr. Rüdiger Dahlke.

I hope that the article on salutogenesis and pathogenesis has helped you to better understand the two terms and the difference. If this article has inspired you to take responsibility for your own health into your own hands, I welcome comments, questions and criticism about the article!

P.S.: If you now feel like doing something for your health, then you may find our contributions "Living Vegan", "Sleep better" or our articles about Selenium, Vitamin B12 and many more Nutrients interesting.

5 MDR: Obesity as a widespread disease. This is how expensive obesity is, https://www.mdr.de/ratgeber/gesundheit/volkskrankheit-adipositas-teures-uebergewicht-100.html. [09.12.2021].

6 Der Tagesspiegel: Doctors to be paid for staying healthy, https://www.tagesspiegel.de/politik/sachverstaendige-aerzte-sollen-fuers-gesunderhalten-bezahlt-werden/1833778.html. [09.12.2021].