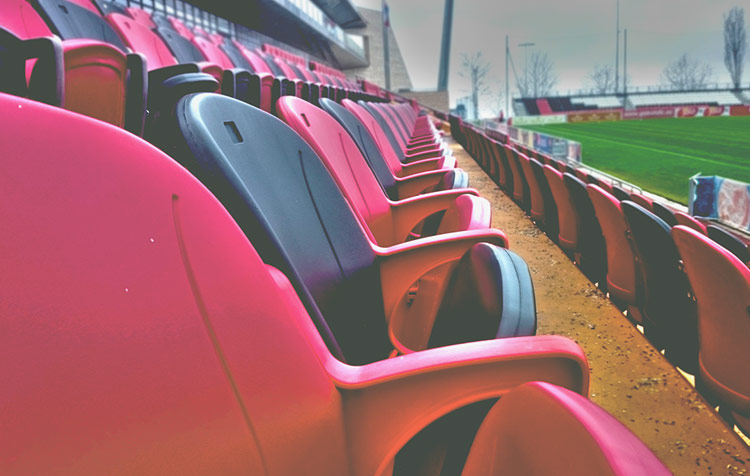 What is plastic? A valid question that deserves an answer. Because we use plastic objects every day, and as I write this article about plastics, my fingers are hitting a plastic keyboard. We come into contact with plastic every day and it seems that plastic enhances our quality of life. But what is plastic actually? How is plastic made and what material is used to make plastic?

In this article I would like to answer these questions about plastic and also explain more about the advantages and disadvantages, plastic as an economic factor and environmental problem, as well as the recycling of plastic waste. You'll also learn why plastic is not just plastic. Let's go!

In the days when plastic was still a thing of the future, milk was stored in glass bottles and large jugs and Wooden toothbrushes were part of the standard. In 1839, Charles Goodyear's combination of rubber and sulfur set the ball rolling for plastics production, which was unstoppable. Almost 100 years and a few development attempts later, plastic was then regularly rolling off the production line. While one million tons were initially produced worldwide in 1950, today we produce around 370 million tons of plastic every year.

With the development of the PET bottle at the end of the 1960s, plastic finally took off and really took off. So far, plastic is the only material that is light, break-resistant, elastic, temperature-resistant and, above all, can be produced in different degrees of hardness. As soon as a rudimentarily similar flexible, mass-produced and hopefully biodegradable material comes to light, plastic as we know it will become superfluous. But what is plastic actually? And how is plastic produced in the first place?

As many people know, plastic is made from the limited raw material petroleum. But until the finished plastic bottle, several more steps of plastic production are necessary.

So-called monomers are strung together and synthesized to form net- and chain-like molecules, the polymers. However, not all plastics are the same. Therefore, the selected manufacturing process or the desired end product determines what shape the plastic will later have.

The 3 types of plastic production

In order to be able to produce plastic bottles, dishwashing sponges and other items from plastic, therefore, with the help of Synthesis process several building blocks (monomers) are combined to form chains (polymers). The following 3 syntheses₁ are used to produce plastics:

Polymerization: Several small molecules are strung together to form one large molecule. The result of polymerization is, for example, the plastics polystyrene (PS), polypropylene (PP) and polyethylene (PE).

Polycondensation: In polycondensation, different starting materials are combined to form a molecule. In contrast to polymerization, a by-product is formed, e.g. water. Thermoplastics or thermosets are formed (see next paragraph: Forming plastics).

Polyaddition: Different starting materials are joined together by migration of hydrogen atoms without forming a by-product. One end product is polyurethane (PUR), for example.

The video explained it well once again. The choice of the synthesis process ultimately determines the characteristics of the subsequent plastic product. In the following paragraph, I would like to explain to you why not all plastics are the same and which characteristics distinguish plastics from each other.

So far, plastic is the only material that is light, unbreakable, elastic, temperature-resistant and can be produced in different degrees of hardness. As soon as a rudimentarily similar flexible material that is suitable for mass production and hopefully biodegradable comes to light, it will make plastic obsolete. Such as polylactic acid (PLA for short), a bioplastic made from corn starch and sugar cane. But so far, there is no dedicated recycling system for plastics made from natural materials because of the small quantities involved. Soy, corn, sugar cane and the remains of shellfish have the potential to replace plastic in the long term.

The 3 forms of plastic

Basically, there are three different forms of plastic, which differ according to the characteristics mentioned. I'll give you an example of the plastic form so that you can better imagine it:

To ensure that the plastic is really super-flexible after production, so-called additives are mixed in during the production of the plastic. These can be Plasticizer, colorants, stabilizers, flame retardants and many other things.

And these are the most important plastics at present:

Advantages and disadvantages of plastic (plastic)

Even though we argue against plastic very often here on the blog, the plastic has of course not only Disadvantages. It increases our quality of life and ensures that our cars consume less and the heat stays in our homes. Here I have compiled a small table with the advantages and disadvantages of plastic, which you are welcome to expand with a comment of this article.

Plastic is incredibly important for the economy. Around 370 million tons of plastic are now produced every year. Plastic can currently still be procured cheaply and is used by companies not only for the products themselves, but also for product packaging. Cars can be made very light with the plastic, so that they have lower fuel consumption. Even airplanes are so light due to the plastic that they consume significantly less kerosene.

Renewable energy, such as wind energy, could also not be captured without plastic. Plastic has a massive impact on the economy. Of course, plastic manufacturers themselves are particularly resisting the emerging plastic-free movement and the penchant for natural living. Many companies can only be persuaded to put less plastic waste into circulation through controlled laws. Starting in 2019, the German government will introduce a new packaging law that will make companies more accountable in this regard.

Even if plastic is obtained from a natural raw material, the plastic is not biodegradable. Plastic does not rot. Exactly this property ensures that plastic has also caused an environmental problem. A plastic bottle remains in the ocean for at least 450 years until it decomposes into smaller Microplastics has decomposed. Above this paragraph, I have shown you a graphic₂ about the approximate decomposition time of things made of plastic.

That in a massive way Plastic waste into the environment is of little interest to the majority of companies. Profit is in the foreground. This greed for money, combined with a lack of education and weak recycling systems, has gradually created the biggest environmental problem of our time, next to climate change: Plastic waste in the sea. Every year, about 32 million tons of plastic waste are released into the environment, and 8 million tons of this plastic end up in the sea. Tendency rising. Especially for many developing countries in the Southeast Asian region, the plastic came too suddenly and has greatly increased the quality of life. When plastic was introduced, the entire world did not think about the consequences we are facing now.

There are many Aid projects against plastic waste and many people who are really active in combating plastic waste. On the one hand, we now have to eliminate the existing plastic waste, but on the other hand we have to get to the root of the evil. Because every individual has to question his handling or his consumption and know how to Avoid plastic waste can.

The German government urgently needs to do something here to make recycling more attractive for the companies that are directly involved in the recycling process. Nevertheless, Germany is considered an absolute role model when it comes to the topic of Plastic waste recycling concerns. About 65 percent of municipal waste is recycled. A major problem for recycling companies are plastic items that consist of different plastic shapes. This makes it difficult to separate the plastic from one another.

The bristles of the wooden toothbrushes from CareElite are made of charcoal and a Bioplastics which is biodegradable. So there are already many alternatives to the traditional plastic made from petroleum, but the recycling plants are not yet geared to the new plastics, so recycling is currently very laborious. So as mentioned earlier in the post, there are already some ideas and materials that have the potential to be a real and sustainable alternative to plastic. These include:

The natural polymer is a breakdown product in shellfish. Spiders, insects and crustaceans also have it in their shells. Chitin is proven to be biodegradable and holds great potential to eventually replace plastic.

The fungus can be grown regardless of location and climate and can be produced in an environmentally friendly way. This alternative to plastic can theoretically be grown anywhere, but research here is still in its infancy.

An Icelandic student experimented a bit with red seaweed and water and used it to develop a bottle that is sufficiently strong for storage and even edible. Since the bottle is made of natural materials, it decomposes after a short time.

Especially plastic rings from six-packs of beer or other drinks are a great danger for marine mammals and seabirds. An American company has therefore made these rings from wheat and barley, which animals can eat.

Does it have to be Styrofoam? No, pressed straw is just as insulating and even absorbs moisture. The project was started by the company Landbox.

Notice: Please drop me a comment if I have forgotten a plastic alternative. At Plastic alternatives from research you can find more information. By the way, besides the "real" alternatives, there are also ways to make existing plastic waste decompose faster. A researcher has discovered by chance that the Caterpillars of the great wax moth (Galleria mellonella) eat plastic and decompose an ordinary plastic bag in a short time. Another possibility is offered by the Bacterium Ideonella sakaiensis 201-F6. The bacteria preferentially eat the plastic PET and can help remove plastic from the environment.

Conclusion - What is plastic?

The invention of plastic has greatly enhanced our quality of life. While we use the Plastic advantages we did not have a clear view of the problems that plastic has brought with it over time. After all, plastic is not biodegradable and consumes petroleum, a resource that is limited for us. Now, every year, we bring about 32 million tons of plastic waste into the environment and especially into the oceans, which does not eliminate itself.

We have to learn how to use plastic in the best possible way. Because I, too, have no doubt that it enhances our quality of life. We just must not be so naive as to ignore the problems resulting from plastic. Otherwise we will have (see the article Plastic waste statistics), there will be about 3 times as much plastic in the oceans as there are fish by 2050.

PS.: I have this worldwide Beach CleanUp group on Facebook was created. All members share their personal actions against plastic waste in the environment. Become a part of it too 🙂