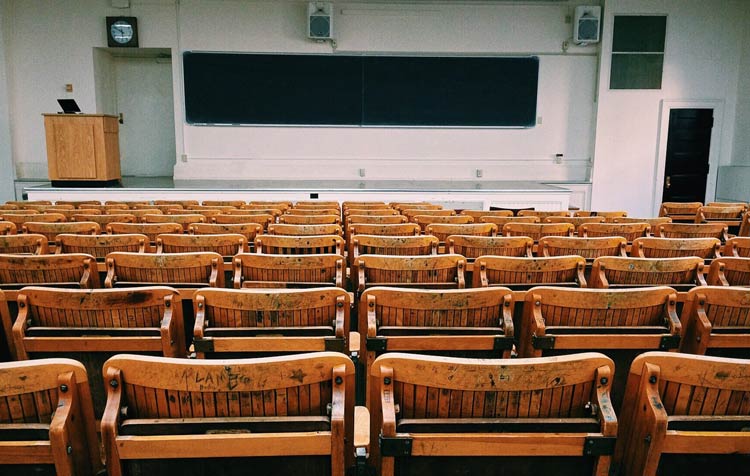 12 lectures about veganism that will change your life

Looking for inspirational speeches and talks about veganism? Then you've come to the right place! The vegan lifestyle is the key in the fight against injustice, diseases and the Environmental problems of our time. But most Change is notoriously difficult for us. But sometimes all it really takes is that one stirring speech to inspire questioning of things we are used to and to understand why change is necessary.

Here I would like to give you the persuasive speeches about veganism at hand, which have inspired and motivated me personally particularly to eat vegan. Let's go!

Tip: If you are looking for more convincing arguments for veganism or Veganism facts and figures just take a look at the linked articles.

In the course of my research on plant-based nutrition and the vegan lifestyle, I came across a few speeches and talks that absolutely resonated with me. Either because they were presented in a logical, witty and fact-based way or generally made me think, question or empathize.

Each of these opinion speeches I'd like to share with you explains veganism and the reasons for this animal-friendly, healthy, and eco-friendly lifestyle, in its own way. I'm sure at least two or three of these talks on veganism will pick you up. Enjoy!

Notice: I recommend here both speeches in German and in English. If you feel like it, you can simply activate the subtitle function of YouTube. Have fun!

In this compelling talk on veganism, animal rights activist James Aspey shows why he chose the vegan lifestyle several years ago. He explains his personal change and the Animal exploitation for our personal pleasure in an incredibly insightful way. I believe that everyone should see this speech.

Tip: James is an activist who likes to use quotes. At Proverbs for animal welfare you will find a whole collection as an additional source of inspiration.

This speech by the two YouTubers Gordon and Aljosha from "Vegan is unhealthy" was given in front of a large group of children. Accordingly child friendly but at the same time extremely rousing for adults, this talk comes along. If you are rather looking for a vegan opinion speech, which brutal videos from the Factory farming then you are absolutely in good hands here.

Activist Gary Yourofsky has been living vegan for a long time of his life. In his 2010 talk, he focuses on why the four reasons for consuming animal foods seem so insignificant against what that choice means for the animals themselves. The lecture includes awakening video footage from factory farming, the Connections with slavery and the Holocaust and lots of facts. Even though this opinion piece is already a few years old, it is suitable for everyone. Because it's as relevant today as it was then. And Gary explains veganism in an incredibly logical, witty and insightful way.

YouTuber Niko Rittenau explains the vegan diet mainly in the scientific way. In his talk about veganism he clarifies above all the health misconceptions. He shows why a balanced, plant-based diet is suitable for everyone at all stages of life. A lecture that will definitely take away many question marks about veganism for you and others.

YouTuber Ed Winters (Earthling Ed) is one of the most passionate and patient activists I've met while researching the vegan lifestyle. In this life-changing talk about veganism, he shares his personal evolution and his reasons for living an animal-free lifestyle. Above all, it is also about the Speciesism - so our Unequal treatment of other animals due to a supposedly superior position. Ed clarifies in this persuasive speech about veganism especially why we humans are actually not meat eaters. Also this lecture should definitely see everyone.

Here are seven more vegan persuasion speeches that I watch regularly because they are so incredibly inspiring and insightful:

Not convinced yet? Then be sure to check out the Dominion film which also finally brought me to eat vegan. I only watched the lectures afterwards. They then significantly strengthened my decision for veganism.

I wish that you too will choose the compassionate, merciful, and forward-thinking vegan lifestyle and follow the Cruelty to animals and turn your back on violence for immoral purposes. Just as simple and logical as this definition, in the end, is the conversion to a vegan diet. In the article Start into vegan life you will learn exactly how to get started.

Do you have any questions or can you think of other, vegan persuasion speeches that are very inspiring and motivating? Then just write me a comment.

PS.: I can only vaguely guess how you feel after these lectures about veganism. But in case you now feel the need to also Convince meat eatersYou can find the tips in the linked article.