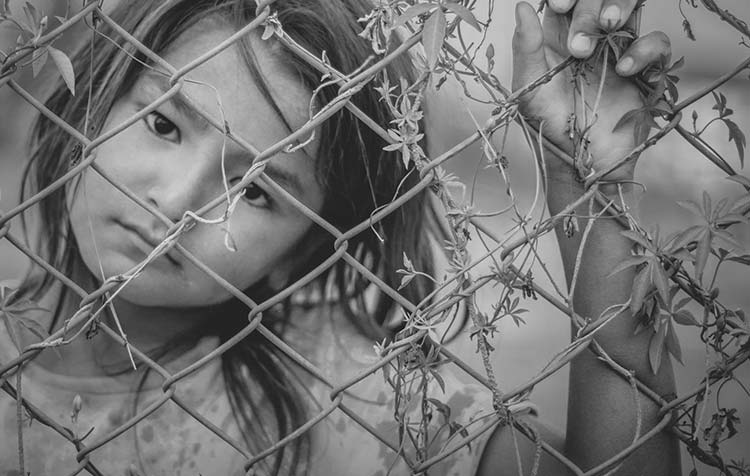 What exactly are environmental refugees? And what can you do to prevent environmental escapes? If you're looking for answers to these questions, you've come to the right place! Many people flee because of wars, Famines or poverty from their home countries. Many people in Western nations like Germany believe there is little they can do about it. A donation to a human rights organization, perhaps? And then the possibilities already seem limited. But often ecological problems such as water scarcity, the Deforestation of rainforests or climate change are the fundamental triggers of the reasons for flight mentioned above - problems that we ourselves are responsible for with our way of life. More and more often, they are even the decisive factor for the flight from one's own homeland.

In this article I would like to give you everything you need to know about environmental and climate refugees. From the definition, to facts and figures, causes and examples of consequences, to solutions. My main goal is to give you a better understanding of the situation of environmental refugees. Let's go!

Here is in advance a short Overview about the article:

What exactly is an environmental refugee?

At Environmental Refugees (often also Climate refugees called) one understands People leaving their habitat due to environmental changes or natural disasters, to escape to a safer environment.

Those fleeing environmental change are, according to the refugee definition of the Geneva Refugee Convention but not a refugee in the classical sense. Here it is called:

Article 1, paragraph 2, Protocol Relating to the Status of Refugees: Refugee status shall be granted to persons [...] who, as a result of events which occurred before January 1, 1951, and owing to a well-founded fear of persecution on account of their Race, religion, nationality, membership in a particular social group or because of their political conviction is outside the country of which he or she is a national and is unable or, because of such fears, unwilling to avail himself or herself of the protection of that country [...].

Unfortunately, there are only few statistics around the topic of environmental flight. This is mainly due to the lack of uniform definitions and the fact that in many cases the main cause of flight (poverty, wars, etc.) was caused in the first instance by ecological or climatic changes. Nevertheless, here are some facts that are known about environmental refugees:

What are the causes of environmental flight?

Now we already know a little more about environmental refugees - but what exactly forces people to flee their homes? Here are some of the typical environmental causes:

One could make it easy and claim that environmental refugees are fleeing from nature. But on closer inspection, nature itself is nothing to be afraid of - rather, it is the ecological consequences of our destructive, Western way of life that are driving people to safer countries.

What would you do if you and your family were threatened by natural disasters or climate-related crop failures destroyed your livelihood? We are already doing pretty well. So well, in fact, that the lifestyle of our Western world is one of the main causes of climate change, which may currently be hitting other countries even harder than ourselves. But we also know that global warming does not stop at national borders.

A few examples can be used to illustrate the consequences of our climate-damaging way of life more tangible for other people. I could list thousands of examples here - but I think that the following can create a deeper understanding of the problem:

Now we know some facts, causes and examples for and about the situation of environmental refugees. But the question is still open what we can really do in the long term, besides relief measures on the ground, to prevent people from having to leave their homes because of an uninhabitable or unusable environment.

As already mentioned, our way of life is the main driver of environmental problems, which in turn are a frequent cause of flight. However, by adopting a more sustainable, respectful way of life, we can specifically counteract climate change and other ecological challenges of our time. Above all, it is also about respect for other people - at whose expense we live. Here are some examples and further information on sensible approaches to solutions for each individual:

Climate and environmental flight have clear causes that can be traced back to us humans in the Western world. Politics has the task to force the public, but partly also the private, (together) life of the citizens, actions and aspirations to lead the community.₅ The Climate and environmental protection measures by the government must therefore be intensified - and this is apparently only possible through pressure from the population.

You can do demonstrations and Launch online petitions or support existing actions to intensify policies against environmental flight. This could be, for example, increasing the VAT on animal-based foods from 7 to 19 percent and reducing the VAT on plant-based foods such as soy milk from 19 to 7 percent.

Do you have other ideas in the fight against environmental flight? Then feel free to write me a comment!

Environmental flight - A problem that must not be ignored!

We Germans in particular like to grumble about the many refugees making their way to Germany. It definitely helps to be aware of why these people are fleeing their homeland. Wars, famine and climate change. These are consequences that do not affect us in Germany, or so far only to a limited extent.

It is important to understand, that with our western, luxurious and resource-intensive way of life, we live at the expense of others.. Not only at the expense of people in poorer countries, who are already feeling the consequences of climate change in the most brutal way. But also at the cost of the planet that we share with other living beings. So we are one reason why there are environmental refugees. But we can also become a problem solver.

Do you have questions, suggestions or your own experiences with the topic of environmental escape? Then feel free to write me a comment under this post.

PS.: You want to know how to live more environmentally friendly so that less people have to flee from environmental problems? Then take a look at my Book "Sustainable living for beginnersThe program will answer all your important questions and provide you with a convenient introduction to the future-oriented way of life.