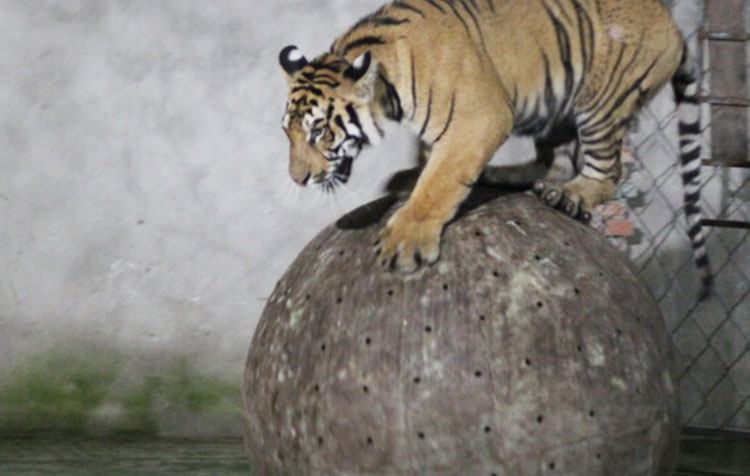 Wild animals in the entertainment industry - Is it still up to date?

Here I want to show you what animals are kept in the entertainment industry, how they suffer, and what each of us can do to help the Help animals.

Here is another short Table of contents for you:

Notice: At first, I wanted to make this post a pro & con. But after my research, there is basically only one advantage of animals in entertainment: that it is entertaining at first glance. Since the cons so clearly outnumber the pros, I will mainly describe the things that speak against keeping animals for our entertainment.

What animals serve the entertainment industry?

Of course, it's important to get an overview. But in fact, there is basically no animal that does not serve the entertainment industry in some form. The list of animals I'm about to introduce you to could therefore be continued ad infinitum:

You can learn more in the articles about the Circus with animals and the Sense of zoos.

Why you should avoid animals in the entertainment industry

The embedded video post Gordon and Alyosha actually says it all. Especially the picture of Seaworld's parking lot, which is so much bigger than the one that houses the pool for the whales, is appalling. But here I want to list for you exactly why animals in the entertainment industry are out of date:

Tip: To get deeper insights, you should definitely take a look at recommended vegan documentaries to throw. For example, the documentary "Blackfish" is genuinely enlightening about animal husbandry in the entertainment industry.

Anyone who rides elephants or enjoys artistic performances by animals in the circus ensures that these Cruelty to animals continues. Each and every one of us can ensure that the demand for entertaining offers with animals decreases by avoiding them. The Circus Roncalli, for example, already does without animals.

Anyone who stands up against the exploitation of animals can be really proud of themselves. Just because mankind has been exploiting animals for ages and unfortunately this has become a habit, does not mean that it is morally justifiable and okay. Culture is not a justification for immoral behavior. We must also teach this to our children, because cruelty to animals and the normalization of it, is far from human values. Share your attitude with others and start online petitions in the fight against grievances. We as consumers have the power to make a difference.

Do you have questions or your own experiences with animals in the entertainment industry? Then feel free to write me a comment.

PS.: A key in the use for animals is the vegan life. In Nutrition blog you get numerous tips to easily avoid animal products in what you eat.