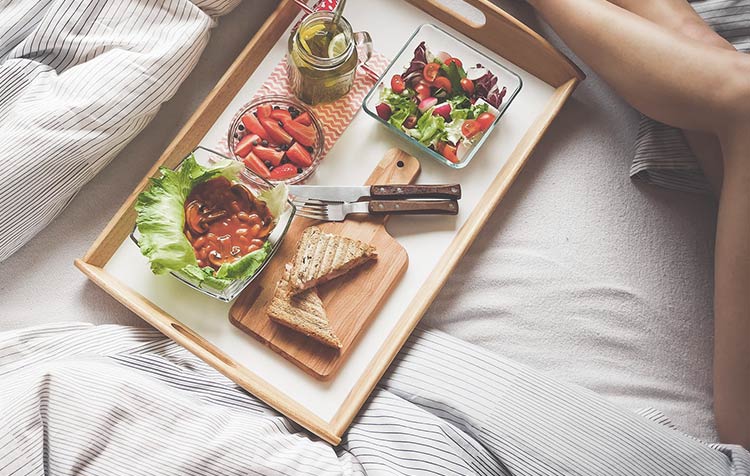 Why veganism is (k)a luxury problem

Is veganism a luxury problem? Again and again one hears times that one is spoiled or even obstinate, if one pursues the vegan life-style. But is that true? Is it really a luxury to eat a plant-based diet? Or is that just a prejudice that is quickly spouted?

In this article I would like to explain to you briefly and concisely why this is often claimed and why serious veganism is the absolute opposite of a luxury problem.

What does luxury mean anyway?

In the dictionary the term luxury is translated as "costly, wasteful, beyond the normal scope, not necessary, pursued only for pleasure." and "splendor, lavish abundance" described.₁

In short: Luxury problems are behaviors or items that go beyond the ordinary, are for personal pleasure only, and can be considered fundamentally unnecessary or wasteful.

Notice: Veganism, on the other hand, is described as "[ethically motivated] complete renunciation of animal products."

Luxury problem veganism - Why is that actually claimed?

Many people feel attacked by vegans because they fear a change in their lives. The argument "veganism is a luxury problem" can usually be traced back to the following things:

In my opinion, the luxury argument is a sign that people are only marginally concerned with the Reasons for the vegan lifestyle have employed.

Vegans refrain from killing animals for their own pleasure (e.g. food or clothing) because they simply don't have to. Some people see this as a luxury problem, because there are people elsewhere who have no chance to stand up for others. If one has now however the chance and these uses, in order to use itself for others, slips non-vegans gladly once an argument like "you are simply much too well" over the lips.

Why the vegan lifestyle is not a luxury problem

It is not necessary to eat meat. And anyone who takes a look at the environmental and social consequences of the rising meat craze will notice that it doesn't make sense either. Veganism is absolutely not a problem, it is a solution. But our luxurious lifestyle is a problem. We stuff an average of about 60 kilograms of meat into ourselves every year₂, drive fat cars that weigh tons, buy a new smartphone almost every year, and every now and then a T-shirt for 5 euros. We live in a world of abundance and don't want to see others pay the price.

Luxury is to live in a Disposable society to be able to live in a world in which you can get everything you want at any time. In the past, Sunday roast was a luxury. Today, there's meat on the plate every day. So much, in fact, that many a footballer has his steak gilded.₃ A life of abundance, that is luxury. Veganism is the opposite, because it combines ecological, social and ethical values. So that children and grandchildren can still spend a time on this planet worth living.

Now I would like to explain to you briefly a little more practically why veganism is not a luxury problem.

Many vegan convenience products are somewhat more expensive, that's true. This also quickly creates the impression that veganism would be a real luxury. But lobster or steaks from Argentina are also expensive. Staple foods such as rice or pasta, as well as fruits and vegetables, are usually very inexpensive. The basic rule is therefore: if you cook fresh often, you can even save money through sustainability.

So veganism cannot be identified as a luxury problem on the basis of price.

Animal suffering has an end

Animals are emotional beings. Innocent beings who have done nothing wrong and do not want to die. Yet every day, around 200 million farm animals are killed worldwide. That's 74 billion animals a year.₄ Isn't it actually a luxury to pay someone else to kill an animal so you can then eat it? In any case, future generations are guaranteed to look with disgust at the way we have treated our "farm animals".

So the ethical decision to eat vegan to reduce the suffering of other living creatures is extremely selfless and focused on everything else but your own pleasure.

The other day I heard that we first have to solve other problems like world hunger before we devote ourselves to the welfare of animals. Veganism is therefore only a luxury problem. But why don't we just solve all these problems by deciding to be vegan?

Indeed, to produce one animal calorie, an average of seven plant calories are consumed in the form of animal feed.₅ If we didn't keep so many farm animals to process them into meat, everyone in the world would have enough to eat - despite increasing world population! The high meat consumption is therefore the real luxury. Because other people must starve, so that we may allow ourselves meat regularly. The luxury feeling of the "Sunday roast" has long been lost. Just like the awareness that a sentient being had to die for the piece of meat that you put on your tongue with pleasure.

Also, the decision to eat a vegan diet in order to reduce the Stop world hunger, is anything but luxurious. On the contrary, it shows awareness and compassion.

About 83 percent of the world's agricultural land, is managed for livestock grazing or as feed cropland for livestock.₆ Most of the feed available is protein-rich soy meal, which comes mainly from South American countries such as Brazil. The cultivation of soy as feed for meat production and the creation of grazing areas are the main reasons for the deforestation of the rainforests in the Amazon region. Apart from the moral issue, the Factory farming also still for a massive pollutant input into the soil and the waters. The fact that the keeping of ruminants such as cows results in massive greenhouse gas emissions (methane), which drives global warming, does not need to be explained further at this point.

The conscious Protection of the environment in one's own everyday life is therefore also no reason to dismiss veganism as a luxury problem.

Notice: That veganism is a luxury problem is actually a particularly cynical and provocative argument, because the opposite is true. Eating a lot of meat is decadent and elitist. Incidentally, it is also decadent that in Germany alone we kill 45 million chickens, 4 million pigs and 200,000 cattle for nothing, because we throw about 356 million kilograms of meat in the dustbin.₇ And with it the feed that was grown so that they can grow quickly.

Internalize that veganism is the answer to luxury problems

We enjoy the luxury of being able to eat our fill and dress warmly without having to torture animals for it. But a "lifestyle of spoiled kids" and a luxury problem is veganism of course not. However, it is very much a luxury problem that we live in a society where natural resources are wasted in abundance.

Living veganmeans to consume consciously and to respect other living beings and things. And to treat them as we would like to be treated ourselves. Doing without something in order not to harm others is really the absolute opposite of luxury.

Do you have questions, tips or do you just want to say a few words about the "luxury problem" of veganism? Then write me a comment as always.

PS.: Be sure to look a little more in the Vegan Blog of CareElite. Learn there for example, why vegans do not drink milk from cows.