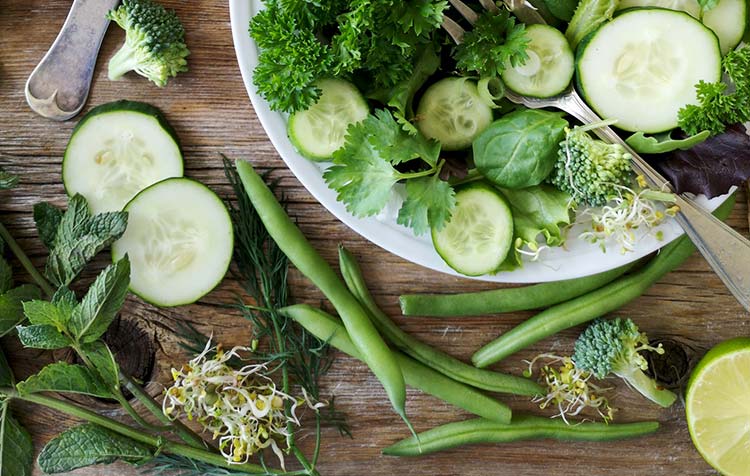 Veganism will not solve the climate problem - Is it true?

Again and again I hear from meat eaters with pleasure times the argument "Veganism will not solve the climate problem". Of course, that's pretty easy to claim. So is that really true? And isn't there much more Reasons to go vegan?

In this article I would like to explain my answer to this argument. You will learn why the alleged lack of positive effect of the vegan diet on the climate is nothing more than a weak excuse for not stopping the consumption of animal products. Let's go!

Veganism not only counteracts climate change

Since 15 percent of annual global greenhouse gas emissions₁ - about as much as all ships, planes, trucks, and cars combined - are attributable to the livestock industry, veganism may not single-handedly solve climate problems, but it will nevertheless make a decisive contribution to the solution. Especially since the meat industry is also the main driver of the Deforestation of the rainforests that cause climate change is for the cultivation of animal feed and the creation of grazing land.

However, climate change is far from the only reason to eat a plant-based diet. Veganism is all about stopping the exploitation of sentient beings to finish - not only about meat, milk or eggs from the brutal and absolutely not necessary Factory farmingbut also about animal testing for cosmetics or the keeping of minks and foxes for Furs to end. But the vegan lifestyle is also effective in the Combating social, societal problems, such as the World hunger. Because if, over time, fewer and fewer of the world's 56 billion farm animals have to be fed with crops grown especially for them₂, then we humans will be able to consume more of them ourselves, so fewer people will have to go hungry. In addition to the ethical motives, play with the Water shortage or the poisoning and overfertilization of soils but also other ecological reasons an important role.

"Veganism will not solve the climate problem" is therefore a weak argument. So if we do not need to consume animal products to survive and veganism is instrumental in reducing the Stop climate change and at the same time solve numerous other ecological, moral and ethical problems: why do you still eat animal body parts at all?

Tip: I have also given you another article with numerous Tips to convince meat eaters, written. Look gladly times purely!

Vegan against climate change and other challenges of our time

So going vegan isn't just an important partial solution in the fight against climate change. Veganism also counteracts challenges such as the Cruelty to animals, global famine and deforestation of the rainforests. At the same time, the animal-free lifestyle also makes our society more empathetic.

I hope that I could help you a little bit with this article about the connection between climate and veganism. If you have any questions or suggestions about the argument "Veganism will not solve the climate problem", feel free to write me a comment.

PS: Be sure to check out these vegan documentaries on! They give you the reasons to give up animal products in an honest and memorable way.