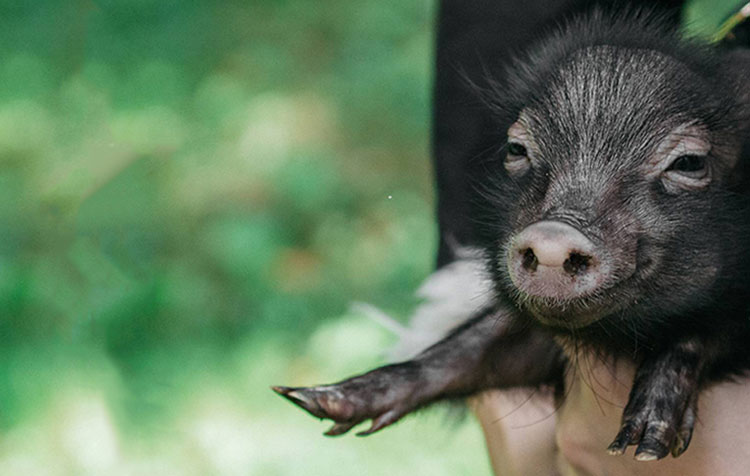 Vegan Trend - Why veganism is more than just a trend movement

Is veganism a trend or a real change in values? Again and again I hear the argument from meat eaters that "vegan is just a trend. A trend is a recognizable direction of a development - so my counterpart is not entirely wrong. But are there not almost infinitely many Reasons for veganism? There must be more behind the plant-based lifestyle than just a short-lived fashion trend.

Definitely! So in this post, I want to explain to you why veganism is not just a trend, but a forward-thinking movement. Let's go!

"Vegan is just a trend" is a weak argument

There are about 200 new vegans every day and also about 2,000 new vegetarians.₁ Sales of plant-based alternatives in food retail, for example, also increased by 30 percent from 2017 to 2018.₂ And the term veganism has been around since 1944, when the "Vegan Society" was founded.₃ So there's definitely a trend toward a plant-based diet. Nevertheless, the philosophy behind veganism is much more than just a trend in the long run, as the so many Challenges of our time with one stone.

Based on three aspects, I would like to explain to you in the following why veganism is developing from a trend to a world-changing movement.

Thus, from an ethical point of view, veganism primarily counteracts the exploitation of animals, which has long since ceased to exist and was basically not in keeping with the times at any point in human development. Who eats vegan, contributes for example to the fact that in the egg industry no male chicks are no longer shredded or gassed immediately after birth or that cows are no longer raped and artificially impregnated so that they give milk continuously.

From an ecological point of view, as a vegan, you are primarily global warming and the likewise climate-impacting Deforestation of the rainforests against. Simply because your food no longer requires ruminants to graze on pastures that emit methane, a gas that affects the climate. But also, of course, because you no longer have to import soy meal as animal feed, the land-intensive cultivation of which is responsible for around 88 percent of the deforestation of the Amazon rainforest.₄

Veganism also has its effect from a social point of view. For example, against world hunger, because we can use the plants that would otherwise be given to animals in the Factory farming simply eat them themselves. Don't you find it strange that we have enough food to feed 56 billion farm animals every year₅ - but that at the same time more than 800 million people in the world have to go hungry?₆.

Tip: You can find more facts under Veganism statistics.

Vegan is not a trend - it is a rousing movement!

At the latest with this chart from Google Trends, everyone should be aware that there is more to veganism than simply a trend to eat more plants.

All motives for veganism are future-oriented and focused on ensuring that our everyday behavior does not exploit animals, other people, or our planet. The movement is based on pillars such as Justice, non-violence and Freedom. It therefore makes no sense to relativize it as a passing fad just to justify continuing to eat meat. With it one makes it simply too easy for oneself not to have to concern oneself further with it. So if veganism is not a trend, what reason is there for continuing to eat the body parts of animals?

Do you have questions about the article? Or would you like to share your own experiences with the argument "vegan is just a trend"? Then, as always, feel free to write me a comment.

PS.: If you are just now becoming a vegan, be sure to check out the post for the Start into vegan life. And if you are not convinced yet, I recommend these vegan documentaries!