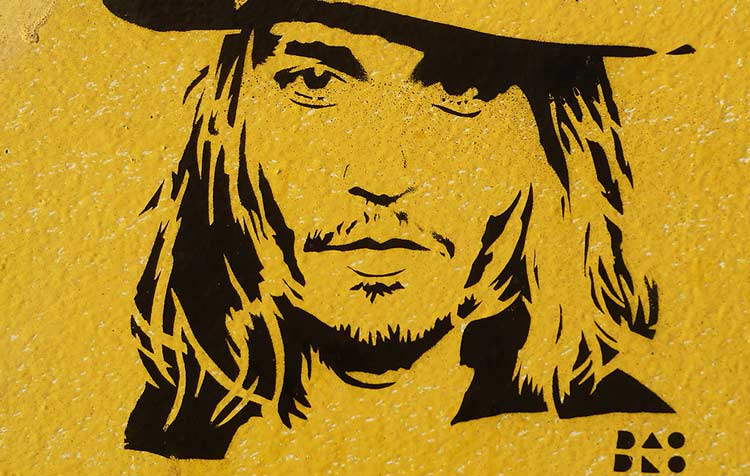 You are looking for inspiring vegan celebritieswho renounce animal products out of conviction? More and more people are switching to a vegan diet or lifestyle for the sake of animals, their health or the environment. This makes them all the more a role model for many people around the world.

In this article, I would like to introduce you to 100 prominent vegans. One or the other from the list may surprise you. Let's go!

"If you don't want to see the images of violence against animals, help end the violence, not the images."

With this one sentence, Johnny Depp has already said everything that needs to be said on the subject. Vegan celebrities like Johnny Depp know that you can't change anything by looking away. To create change, you have to start with yourself.

Jared Leto has already been living vegetarian for 20 years and after some time he also became a prominent vegan. He changed his diet after watching some films about the food industry. He simply finds the torture of animals "disgusting", as he told the British magazine "GQ".

Ahso: And if you want to know, why i live vegan, you'll find out in the linked post 🙂 .

"Everyone has to figure out what's right for them. And that can mean something different for everyone. For me, eating means standing by my beliefs three times a day. That's why all religions have rules about eating. Three times a day I remind myself that I value every life and don't want to cause pain or kill any living thing. That's the reason I eat this way."

In a speech given by Natalie Portman on the day of the 27th Environmental Media Awards, the topic is vegan food. Portman mentions that industrial agriculture causes a large part of environmental pollution. That's why the celebrity vegan pleads that everyone should ask himself or herself what ends up on his or her plate.

Ben Stiller takes a more humorous approach to the topic of "veganism." During an interview with CONAN on TBS, the celebrity vegan reveals that he had to switch to kale chips instead of being able to eat his beloved spare ribs and describes himself as a "miserable vegan. 😀 In reality, however, Ben Stiller is very happy to be a vegan, even if it means having to do without his spare ribs.

In an interview, the celebrity vegan talks about his past with unhealthy food and drugs. Thanks to a change in diet, which includes veganism, he feels better than ever and never wants to go back to his old ways. A great proof that even as a professional athlete you can vegan life can. Mike Tyson is not only a prominent vegan, but also a role model for a positive lifestyle.

Ariana Grande has been eating healthy since early childhood. However, she has only been a vegan celebrity for a few years. Since that decision, she has also boycotted companies like Seaworld to give animals a fair and suffering-free future in the world. She criticizes America for their ignorance when it comes to meat consumption.

The singer describes herself as a "vegetarian with vegan tendencies". She stands up against Animal testing and also owns its own vegan shoe and bag collection without leather. A great role model!

Like other vegan celebrities, Russell Brand initially "only" gave up meat and fish, and then some time ago took the plunge and switched to veganism. He publicly stands by his decision and says that even back then as a vegetarian his diet was so important to him that he didn't change it even during his time on drugs.

The actress has recognized the benefits of the vegan diet and thus also belongs to the vegan celebrities. Demi Moore not only swears by veganism, but is also a fan of raw food and yoga. Her diet and sports are important parts of her life and help her stay in shape without starving herself.

Bryan Adams has not eaten meat since he was 28 years old. The singer supported PETA USA's campaign against KFC restaurants in Canada for mistreating millions of chickens. Likewise, he opposes the slaughter of seals in Canada, his homeland. Adams is "totally against it whenever animal cruelty occurs."

To keep this post as short and crisp as possible, I'll now simply name more female and male actors, athletes, politicians, singers and other celebrities who live vegan and are known in Germany and the world.

Notice: Of course, it may be that one of the celebrities suddenly no longer vegan is. Then, however, he/she was never really vegan, but only a plant-based diet. You can learn more about this in the article "Difference between vegan and plantbased„.

Celebrity vegans aren't a dime a dozen (yet), but the trend is catching on more and more, even in Hollywood. For the animals, the planet and our health, it's great that more and more people with a large fanbase and reach are opting for the vegan lifestyle.

In conclusion I have three further articles for you:

Which prominent vegans do you think still belong on the list? I look forward to your tips, suggestions and experiences in the comments.

PS: If you want to learn more about what the topic of nutrition has to do with our environment, you will love the article Nutrition and the environment - Eating healthy for a good climate move forward.