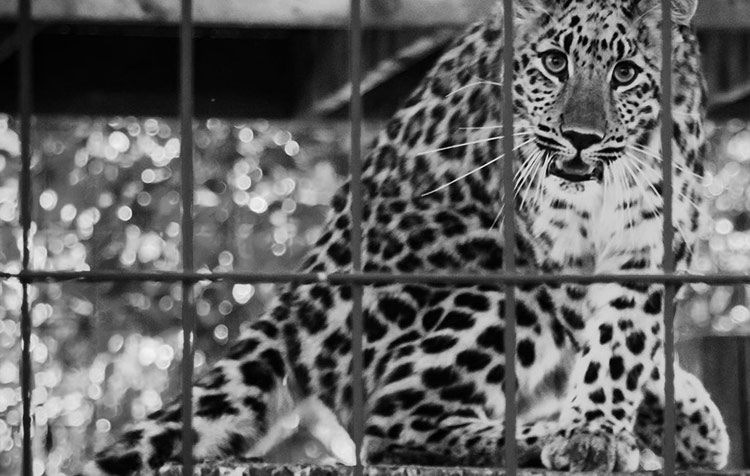 Speciesism - What is it actually?

You want to know what speciesism is? Then you've come to the right place! Most people know what sexism and racism mean. These forms of discrimination still exist, but are no longer tolerated in our society. They do not correspond to our moral values. But probably only very few people have heard of speciesism. Perhaps because the exploitation of animals for food, entertainment, Animal testing or clothing is a common and rarely questioned part of our society. But as soon as you start to think about the fact that we humans put ourselves above animals just because they are different, the moral question arises there too.

In this article, we will show you exactly what speciesism is. You will learn how to evaluate it from an ethical point of view and how to promote antispeciesism in everyday life.

Dictionaries define speciesism as "View according to which man is superior to all other species and therefore entitled to treat their representatives as he sees fit.". The term thus means, in simplified terms: we justify the unequal treatment of two individuals (humans and animals) by a supposedly superior position.

And since animals belong to a different, specific species, we humans believe we can oppress them. Ultimately, speciesism is an ideology that legitimizes and promotes acts of violence against weaker people. The The opposite is the antispeciesism - the equality of humans and animals.

Our ethical position is: we humans belong to the more intelligent, superior species and therefore we can treat all weaker living beings in the way that benefits us the most. We justify our excessive consumption of meat, for example, with arguments such as "Eating animals is my personal choice". But it is not personal as long as a victim is involved. While we chew on our steak or drink the breast milk of a cow, we merely repress the fact that someone else had to suffer for it. Animals, like us, are emotional beings, who feel joy, but also fears and pains. Yet we exploit them for our own purposes.

The reasons that we consume animal-based foods are usually Taste, tradition, convenience and Habit. But can we really justify what we are doing to the animals in the Factory farming cut off their curly tails, remove their horns, grind off their teeth, shorten their beaks, that we impregnate them artificially and even set the date of their death at birth? A date when we stun them with a bolt gun, gas them in a gas chamber, or drag their heads through an electric bath before cutting their throats? None of which we would wish on our worst human enemies. We even feel disgust and no hunger when we kill a Documentation about factory farming see Yet we do this torture to innocent animals for our own benefit, even though we don't have to.. This is exactly what discrimination against certain animals is - specism.

Can you love animals and eat them?

But we do not discriminate against all animal species. Some animals we like to cuddle, the other on the plate - depending on how we were brought up and what we feel like. This idea that we should care for some animals and not care for others is the first form of discrimination we are taught as humans. It is a social injustice that until now is still an inherent and generally accepted part of our society.

If asked, most of us would probably claim to love all animals. But is it an act of love if we pay someone else to cut a cow's throat or rape and impregnate it against its will so that it will continue to produce cow's milk for our personal taste? This question, on the other hand, would probably be answered by any reasonable person with NO. Those who nevertheless consume animal products are therefore not acting in accordance with their moral values. And if it were socially accepted in Germany to eat dogs and cats, people might do so.

Tip: In a separate post, I have published the contradiction "Love animals but eat meat" once again illuminated in more detail!

How we can promote antispeciesism

Just as there is anti-sexism and anti-racism, the term anti-speciesism has also become established. It simply means social justice for animals and wants to attack the very thought structures that impose an inferior meaning on animals, releasing them for any exploitation and destruction by humans.

You have, as I used to have, speciesist thinking? Then just put yourself in the position of a sentient, innocent animal. For example, immerse yourself in the mind of a dairy cow that is artificially impregnated and has her calf snatched from her within 48 hours of birth. She experiences this process a few times before she stops giving milk due to exhaustion and is slaughtered after a few years, although she could well live to be 25 years old. Is this a life you would like to live yourself? If not, then why are you paying for someone else to endure it? The fact that I didn't have a logical answer to this question was for me one of the essential Reasons to go vegan.

Realize that animals are not objects. There is no steak, no schnitzel and no meat on your plate - it is the body part of another living being. We must not lose this link. To do this, we must make ourselves absolutely aware that animals are sentient beings with their own desires, dreams, fears and preferences - just like us humans. By raising awareness of this in other people, you can contribute significantly to the anti-speciesist enlightenment of our society.

Tip: In the article Help animals in everyday life you'll get lots of inspiration to live even more antispeciesist.

Speciesism - The racism towards other living beings

We humans place ourselves above animals because we have the technologies to do so. But just because we have this power does not automatically make it morally acceptable to exploit it. Suppose I were the first person today to have the "brilliant idea" of exploiting animals for our taste, eating their meat and eggs and drinking their milk. Then most people would react with disgust. But since exactly these things have developed into our fixed habits and customs for an eternity, the exploitation of animals and the associated speciesism is a reality today.

We must counteract this deplorable state of affairs. Social justice must also apply to animals, since they are just like us, sentient individuals who have done no harm to anyone. Antispeciesism also holds enormous psychological potential for our coexistence with one another: for if we no longer even harm animals, how difficult will it be for us to harm other people?

Stay fair and respectful to all sentient beings.

PS.: I hope that this article could help you. At Knowledge blog you will find many more educational articles! At Mass tourism you will learn, for example, how the mass influx of vacationers affects animals, the environment and other people.