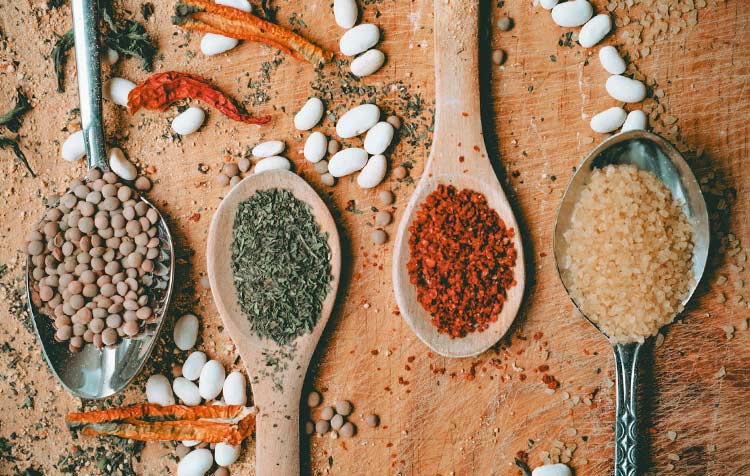 Pulses instead of meat - peas, lentils & Co. as a meat substitute?

In this article, I compare whether it makes health and environmental sense, Legumes instead of meat to eat. You will also learn which legumes are particularly suitable and what nutritional values they score.

Tip: For a good overview of the relationship between your food choices and the climate, see the Article nutrition and environment.

Legumes as a substitute for meat - The agony of choice

You're really spoiled for choice when it comes to legumes. There are countless varieties. You can theoretically eat pulses every day and still enjoy an incredibly varied variety of your meals.

Legumes are also called leguminous plants. Beans, chickpeas and lentils are among the legumes. Through the Variety of bean and lentil varieties is definitely variety when you eat legumes instead of meat.

Bean varieties that can be found in our country are kidney beans, white beans, soybeans, green beans, fire beans, mung beans, adzuki beans and probably a few more. In particular, the variety of products made from soybeans is especially large with tempeh, tofu, edamame, soy cutlets, bean sprouts, etc.

The variety of lentils is similarly large: beluga lentils, mountain lentils, red, yellow and green plate lentils. Red lentils are also available as pasta, for example. With lentil noodles you directly increase the protein content of your meal.

Chickpeas you can also prepare versatile, for example, as roasted chickpeas in a vegetable pan, salad topping, Hummus or a slightly less known variant farinata, where he is a patty made from chickpea flour. So legumes as a substitute for meat offer a high variety.

Here is some more information to make it easier for you to compare: the values for cholesterol, saturated fatty acids and sodium should be as low as possible. For all other values, higher values are better.

Tempeh consists of fermented soybeans and originates from Indonesia.

Tempeh has a better nutritional value in almost all the values compared. Only in terms of protein content is tempeh very close behind beef, with one gram less.

Tempeh scores particularly well for its high levels of the micronutrients calcium, magnesium, iron and folic acid. Compared to legumes instead of meat, tempeh also scores due to its higher fiber content and low cholesterol value.

A comparison that is often used is that of red lentils and beef. Here I am comparing the cooked form of red lentils. In fact, many sources use dried lentils, which of course have a relatively higher protein content due to the lower water content.

In terms of protein content, red lentils are clearly behind beef. Therefore, you should not rely exclusively on red lentils to replace meat. Tempeh, tofu, nuts and especially seitan (25 g protein/100 g) have high protein content and are ideal for replacing meat.

Lentils win in all other values. Lentils contain about three times as much calcium and magnesium as beef and even almost ten times as much folic acid. The low levels of cholesterol and saturated fatty acids are further plus points for the lentils. A delicious recipe with red lentils is Kitchari.

After the nutritional comparison legumes vs. meat, we now come to sustainability. The benefits of pulses are so numerous that the United Nations declared 2016 the "International Year of Pulses". Legumes have a high protein content, contain many micronutrients such as iron or zinc, and also taste really good. Thus, pulses are a good substitute for meat.

But for what reasons exactly should you eat legumes instead of meat? Meat has a poor calorie balance, relatively high water consumption, high greenhouse gas emissions and also requires a lot of land for cultivation. Legumes, on the other hand, actually nourish the soil, have lower water consumption, and the production of legumes emits less greenhouse gases.

Calorie balance explains how many calories of feed it takes to produce a certain amount of meat. When feeding 100 calories of crops to animals, we get back between 17 and 30 calories of meat on average. That's roughly like eating one pack of lentils and throwing away two packs of lentils.₁

Legumes, on the other hand, of course, do not require the cultivation of fodder, and therefore the amount of legumes produced is returned without losses. Consequently, legumes have a much better calorie balance than meat. Logical, right? So the calorie balance is definitely a point in favor of legumes over meat.

If you measure the water consumption per gram of protein, pulses even perform best in comparison with other food groups such as vegetables, fruit, cereals, eggs or meat products.

The Öko-Institut has also published a study that concludes that a vegan diet produces the fewest greenhouse gas emissions.₃ Because of the reduced greenhouse gases, legumes are a good substitute for meat.

Legumes are good for the soil

As already mentioned, the cultivation of legumes is good for the soil. During cultivation there is a symbiosis with nodule bacteria, so the cultivation of legumes enriches the nitrogen content in the soil. When other plants that require nitrogen are then grown after the pulses, there is already enough nitrogen in the soil thanks to the previously grown pulses. The legumes act as a so-called green manure. In the legumes vs. meat comparison, this is another point in favor of the legumes.

Meat production requires a fairly large area of land. This can be explained, among other things, by the poor calorie balance, After all, it is not only the area on which the animals are kept that is required animals, but also the land needed for the cultivation of fodder. are needed.

A study by the WWF compared a beef burger with vegan pasta and concluded that the burger requires 3.61 m² of arable land and the pasta only 0.46 m².₄.

Tip: At Article Making nutrition sustainable you will learn many additional tips on how to optimize your diet and increase your ecological footprint can reduce!

Dried legumes instead of meat

With pulses there is always the question question is, of course, whether you should buy them dried or already cooked. form should buy. Depending on what is more important to you, the purchase of dried or cooked pulses.

When things have to go fast, of course nothing beats cooked pulses. They are ready to eat immediately. So if you want to prepare a quick salad, you can use chickpeas from the jar, for example. Cooked pulses as a substitute for meat are therefore particularly practical and easy to use.

Cook faster with a pressure cooker

If you often cook dried legumes instead of meat, it is definitely worth buying a pressure cooker. This pressure cooker* is suitable for all types of stoves and has a sieve insert with which you can gently steam vegetables. And thanks to the shortened cooking time, you also save some energy.

Or you can get one right away InstantPot*. The original InstantPot can also fry. The great advantage of the InstantPot is of course that it works under pressure and the InstantPot does it all by itself. So you can leave the kitchen with a clear conscience and take care of something else and in addition, the dishes are ready quickly. The InstantPot is mostly made of stainless steel, but unfortunately it's not completely plastic-free. However, I would guess that you will save plastic in the long run if you eat dried legumes more often instead. Assuming, of course, that you buy pulses as plastic-free as possible. And, as mentioned above, you definitely save energy with your pressure cooker.

Tip: In addition to the InstantPot, the cookbook Vegan Under Pressure by Jill Nussinow* an. The cookbook focuses on healthy dishes that you can quickly prepare in it.

Legumes as a substitute for meat

Since pulses are comparatively sustainable in cultivation, they offer themselves well as a sustainable meat alternative. Especially because pulses enrich the soil with nitrogen, more pulses should be produced again.

In addition, the nutritional profile of legumes is similar to that of meat. Just like meat, legumes are very high in protein, so you can replace the nutritional value of meat in a sustainable way. Especially in a substitute free diet that is valuable.

I hope this article helped you and inspired you a bit to use legumes as a substitute for meat. 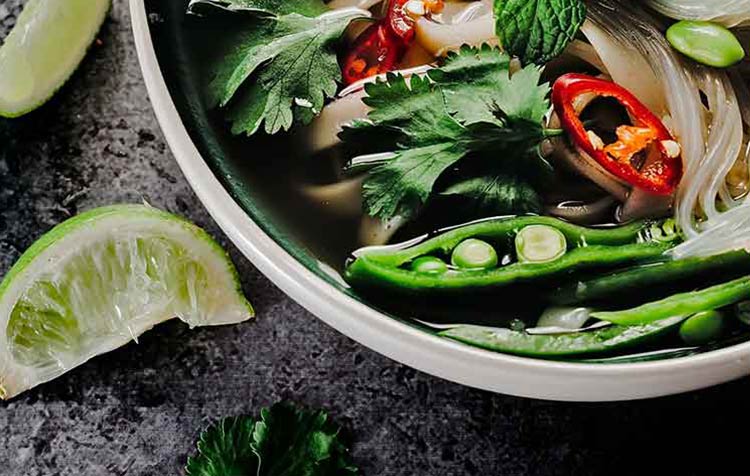 Veganuary 2023 - How to start vegan in January and the New Year.

What is the Veganuary? If you want to know and learn more about it, you are at the right place.... 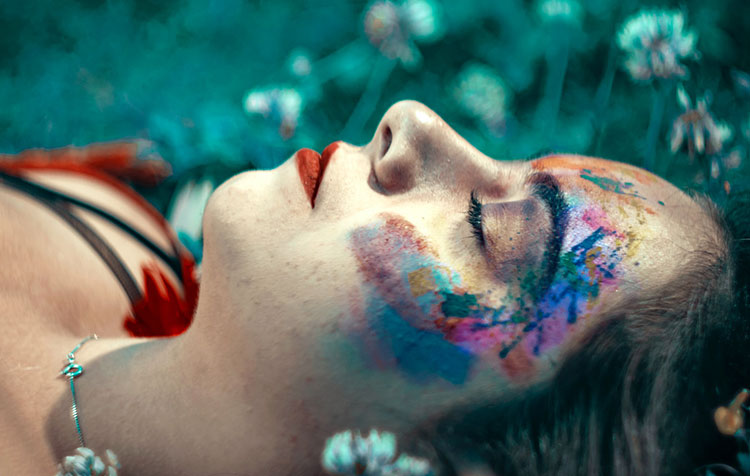 Is veganism an ideology and a worldview? If you are looking for an answer to this question, you are in the right place....

Read more »Is veganism an ideology and worldview, or not? 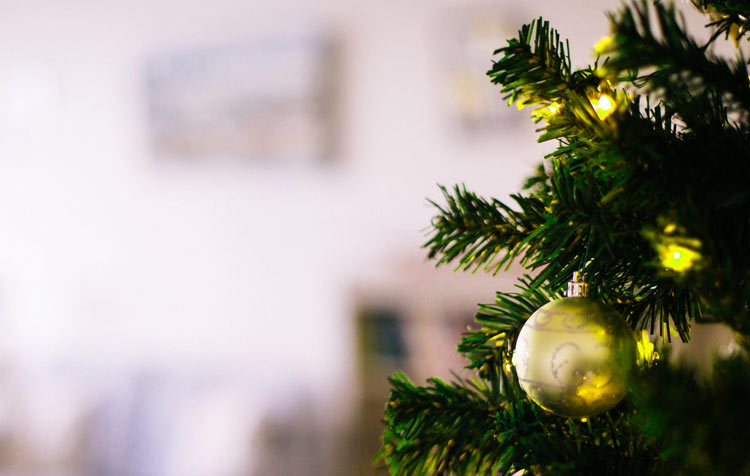 Sustainable Christmas tree - tips and alternatives to the fir tree.