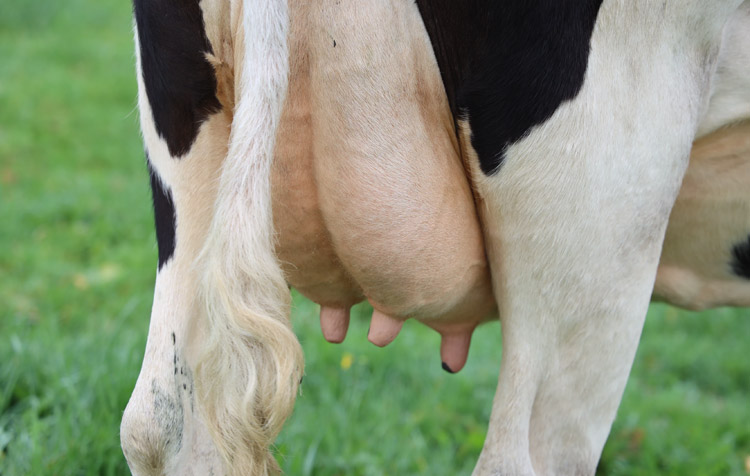 Cows must be milked, otherwise their udders burst - Is that true?

Have you ever heard the argument "cows need to be milked" or even used it yourself? If I'm completely honest, I also used to think that the udders would burst without our help. I thought that we were doing something good for the cow and relieving her of a burden. But today I know that we don't milk them because we are so kind-hearted.

In this article, I would now like to show you why cows are milked and why the argument "cows must be milked, otherwise their udders will burst" is not very logical.

Do cows need to be milked?

That cows must be milked because otherwise their udders will burst is a fallacy that the dairy industry tells us. drilled into our heads over many decades through targeted marketing. has. If the udder is overly bulging, painful inflammation may occur, but it would not burst. But you have to realize that cows don't give milk just like that. They only give milk when they have given birth to a calf and need to feed it. Therefore, dairy cows are artificially impregnated with bull semen by reaching into the exit opening of the intestine. So, these inflammations of the udder are exclusively a result of our treatment of cows and are absolutely not natural. Cows have to suffer such pain only because we want their milk. So we do absolutely nothing good for the animals when we milk them - we simply exploit them.

The life of a dairy cow is brutal

To ensure that dairy cows produce much more milk than is actually necessary for their calves, the animals are also bred for maximum milk yield. In the middle of the 20th century, a dairy cow still pressed an average of 2,349 liters out of her udders - today, at 8,059 liters, it is well over three times that amount. Today's dairy cow is trimmed for high performance, so she gives about 26 liters of milk a day.₁ By the way, the baby calf sees precious little of the mother cow's milk, as they are heartbreakingly separated less than 48 hours after birth. Instead, it gets breast milk substitute made from powdered milk so it doesn't drink away our milk. Male calves, however, are threatened with death because they do not give milk.

And if her mother can give no more milk after maximum 6 years from exhaustion, she is also uneconomical and is killed. How would you feel if you come into the world for a purpose predetermined by strangers and it is already pre-programmed that you are threatened by a cruel life with much suffering and finally death?

Notice: As a result of industrial Factory farming by the way, milk from cows usually contains residues of antibiotics, pus or feces.

A natural cow does not need to be milked

Maybe high performance cows need to be milked to prevent them from inflammation. But this happens only because predetermine their lives and rape them. We are not merciful or kind - we are cruel and exploitative. What we are doing to the cows is morally indefensible. Future generations will look upon it with disgust.

I think I've been able to give you some good reasons today, why vegans do not drink milk. So vegans are not to blame for the suffering of cows. On the contrary, the suffering only comes from the fact that we humans buy cow's milk. But if you're still thirsty for cow's milk, ask yourself this one more question: why, at your age, are you still drinking the breast milk of another species, even though there are so many delicious, plant-based alternatives in every supermarket in the form of rice, oat, almond or soy milk?

Do you have any questions or your own experiences with the argument "cows need to be milked so their udders don't burst" that you'd like to share? Then just write me a comment.

PS.: Be sure to check out these vegan documentaries to learn more about factory farming and a plant-based diet. A strong, more in-depth documentary on the topic of milk is, for example, "Das System Milch".