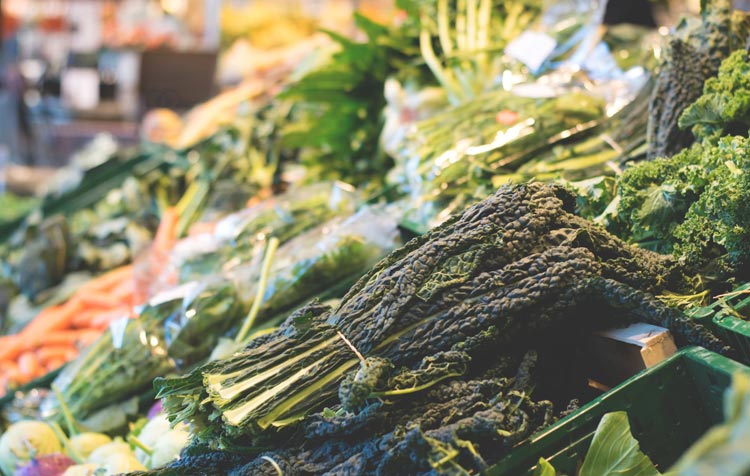 Is vegan expensive? 6 reasons why plant-based nutrition is rather cheap

Is veganism really so expensive and costly? Again and again one hears that vegan diet a luxury problem and would be far too expensive. Not least because of the substitute products for meat, milk and cheese or the many exotic superfoods, this could make sense. But is vegan really so expensive? Or is that a general misconception that persists?

In this article I would like to show you why veganism is actually quite affordable. Let's go!

In advance here is already a short Overview for you:

Why vegan nutrition does not have to be expensive

Let's not get it wrong: a purely plant-based diet can be expensive, but it doesn't have to be. It all depends on your lifestyle and how you implement it. Here are first of all the promised six reasons that can more often than not give the impression that vegan is expensive.

Is vegan expensive? If you only look at the vegan substitutes like vegetable sausage, cutlets or cheeses looks, then you could absolutely claim that. Because the vegan alternatives for animal foods like sausage, meat, milk & cheese are a lot more expensive. In the future, these substitute products will most likely be cheaper. Especially since the increasing demand will lead to a growing supply and thus also to more affordable prices.

But fortunately, not only substitute products are vegan! In addition to meat, eggs and dairy, the majority of food on our plates is plant-based - regardless of whether we eat an omnivorous, flexitarian, vegetarian or vegan diet.

Personally, I hardly consume vegan convenience foods anymore because I find them can either make myself or I just cook fresh more often. People who cook a lot of fresh food and avoid convenience products usually live healthier lives and can be more environmentally friendly and sustainable lifestyle also still Money save.

Animal foods such as meat, eggs or cow's milk are considered basic foodstuffs and are taxed at a rate of only seven percent - the reduced rate. However, meat substitutes or soy milk, for example, are subject to a 19 percent tax rate. This alone automatically creates a strong price difference, although the plant-based, animal- and climate-friendly products would have to be cheaper if a goal-oriented climate policy were in place.

Subsidies: The state supports the animal industry with massive state subsidies from taxpayers' money. This is another reason why animal products can still be offered so cheaply.

3. the cheapest food in the supermarket is vegan

Plant staples such as Pasta, rice, pasta, fruits and vegetables are among the cheapest foods on the planet. You don't have to buy quinoa and chia seeds all the time to be vegan. Flaxseed and millet do it too and are usually much cheaper. Also in the organic market you do not have to buy, if you for example. Live as sustainably as possible as a student would like. The vegan staples are available in every supermarket and discount store.

Have a look at the best Price per 100 gram and buy food that will keep forever, even in larger quantities, to save money in the long run.

Vegan products also appear expensive from time to time because they increasingly come from organic cultivation and Stricter requirements during production have to fulfill. This also means that they are produced in a more environmentally friendly and healthier way. If you specifically regional and seasonal shoppingHowever, you can still get the food at a much lower price. For example, because the transport routes are shorter and less time is required in energy-intensive greenhouses.

Important: The actual costs of animal products are ultimately still borne by society. Because the effects of the Factory farming on the climate, rainforests or groundwater are not taken into account in the purchase price in the supermarket. This is also referred to as the Externalization of environmental costs. In a fair world, meat, cow's milk and eggs would therefore have to be much more expensive.

There I cannot speak naturally for each Veganer on this planet: however who decides to live vegan, has allegedly often a thrifty, questioning, frugal and evenly less expensive way of life. One finally renounces for the animals, the environment and other humans on accustomed behaviorssuch as the consumption of meat, eggs or cheese - and places the lives of other living beings above its own short-term taste habits.

Tip: Write yourself a shopping list and shop strictly according to it. This way, only the food you really need ends up in your shopping basket. Expensive "impulse purchases" are thus avoided.

6. the more vegan alternatives there are, the cheaper they become

More and more vegan food can be found in discount stores, organic and supermarkets. The increasing demand leads to a further growing supply over timeThis means that the prices for plant-based convenience products will also continue to fall. So you can expect not only vegan staples such as pasta, rice, etc., but also substitute products such as soy sausages, pea protein burgers, or vegetable schnitzel to become cheaper and cheaper.

It is a misconception that vegan is expensive

Actually, the well-planned, fresh, regional and seasonal, vegan diet is even relatively cheap. Animal products are due to the lower tax rate and government subsidies. currently just far too cheap - the costs are borne by the animals, the environment and the taxpayer. Also the currently still larger supply and the conventional production method of animal products such as meat, eggs, cow's milk and cheese creates the impression that vegan alternatives are comparatively expensive. This image will [have to] change in the future.

But also today one can nourish oneself already very favorably vegan: above all if one swings increasingly the Kochlöffel and with the cheapest staple foods in the supermarket - such as lentils, peas, beans, pasta or rice - experimented.

Do you have any questions, tips or your own experiences with expensive, herbal products? Then feel free to write me a comment under this post.

PS.: Do you know where the Difference between veganism and plant-based diet lies? In the linked article I explain it to you! Have fun!