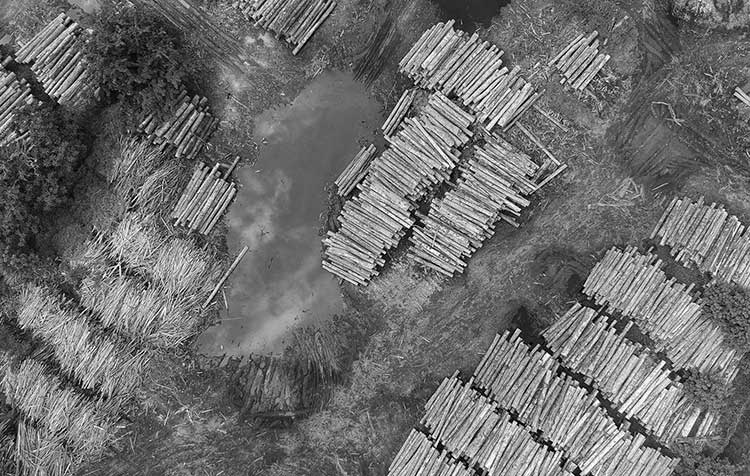 Soy destroys the rainforest - most of us know that! But only a few are aware that soy products such as milk or sausages do not contribute to this. And so it always comes to the fact that meat eaters discover the reflex argument "for soy rain forest is destroyed - and that eat anyway only Veganer and vegetarians" for itself. But with it one shoots oneself an own goal.

In this article I would like to show you now why not vegans and vegetarians, but mainly meat eaters and the general consumption of animal products are responsible for the Deforestation wear.

I often hear this argument - but it can be refuted and reversed within seconds with the following words:

You're right: soy is indeed one of the plants that often ends up on vegans' plates - mainly because it's so rich in protein. But from the harvest of the world's soybean cultivation end About 80 percent as ground animal feed in industrial animal feed production₁, as cows, pigs or chickens grow particularly quickly due to the high protein content. Around 18 percent of the harvest is also processed₂ so that the product can be used as biodiesel or frying oil, for example. Only from about 2 percent are actually made into soy patties or other delicacies of the meatless diet.₃ As a rule, this is European organic soy from GMO-free agriculture. Genetically modified soy is not even permitted as food for end consumers in Germany - but it is permitted as animal feed.

Soy farming destroys the rainforest, that's true. But the harvest doesn't end up as a meal for vegans - it ends up as animal feed for the farm animals you eat. If you eat the Protect rainforest you should consume the soy products directly and help to avoid the resource-intensive "detour animal".

Tip: All Reasons for veganism can be found in the linked article.

Key statistics on soy and rainforest deforestation at a glance

Here I would like to give you an overview of important facts and figures about the connection between soy cultivation and deforestation of the rainforests:

Tip: Further, meaningful Veganism statistics can be found in the linked article. And if you think of any important facts, feel free to let me know in the comments.

The demand for soy would be drastically reduced if all people ate a vegan diet. So the argument "soy destroys rainforest" makes no sense from the point of view of a meat eater. But those who hear it seem to care that the rainforest remains. And if that wasn't just an empty phrase to somehow justify their own meat consumption, then they should use the new information to slowly but steadily to start into vegan life.

Do you have questions or comments about soy and rainforest deforestation? Then feel free to write me a comment!

PS: If you need some more motivation to go vegan, be sure to check out these Documentaries for vegans an.