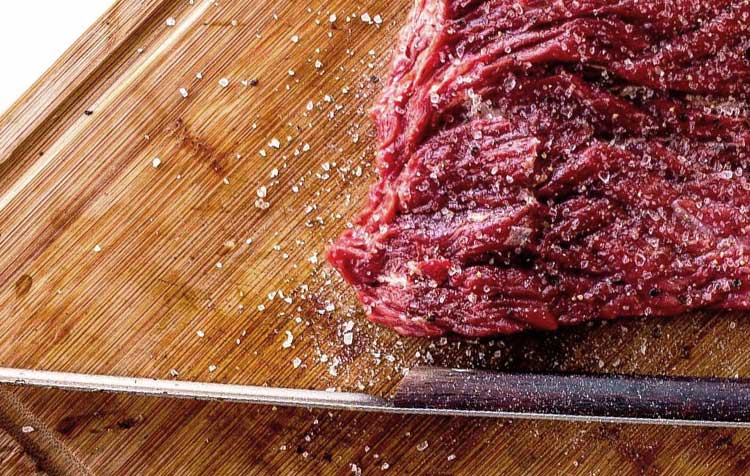 I love the taste of meat - Is the argument logical?

Have you also ever "I love meat and could never give up the taste". as an argument for continuing to eat meat? I can tell you for sure: as a vegan, this definitely happens to you more often. But does this saying really justify the environmental and social consequences of meat consumption? And the things we do to animals in the Factory farming to be able to eat meat?

I would like to explore this question in this short article and show whether "I love meat" is a logical argument or just a weak excuse to not live vegan.

"I love meat" and could not give up the taste

I, too, have loved meat for a large part of my life. But at some point I realized that the delicious taste is rather a weak argument for continuing to eat meat.

I simply asked myself the following question: "Do I consider my taste buds more important than the life of an animal?" - like most of us, I too answered with a resounding "no. But since I was still eating a lot of meat and other animal products at that time, my values and my actions did not match. Citing personal taste as an argument against a plant-based diet then felt like an inappropriate, strange and dishonest excuse, basically admitting that my taste buds are more important to me than the life of an animal. An animal that, just to satisfy my craving for meat, I let someone else kill. Also Cruelty to animals and the consequences for our planet I would accept through my meat consumption.

From that point on, I consciously cut back on my consumption of animal products and eventually stopped. Simple, so that my values and my actions fit together again. Fortunately, there are now countless plant-based meat alternatives, such as soy-based burger patties or pea-based schnitzel. They are identical in appearance, taste and even chewing sensation. This also makes it easier than ever to eat vegan today.

Tip: If you're not completely convinced yet, be sure to check out these vegan documentaries on. I was finally won over by the Dominion film convinced, because it is simply brutally honest and shows real images from factory farming.

Love flesh and ignore sacrifice - this is selfishness

I can totally relate if someone loves meat and has a hard time getting away from it. The taste of meat is great, I still say that today. But he was not the reason that I no longer eat animal products today. My main reason is that my own diet would have innocent and emotional victims, although it is absolutely not necessary. In addition Deforestation of the rainforests, the Climate change and all the others Environmental problems of our time. Resource-intensive livestock farming makes so many of humanity's challenges mammoth. And of course, the health aspects are also an important factor for me. All that, just for my taste experience? That's selfish.

"I love meat" is simply not a logical argument for knowingly exploiting and killing animals and destroying the planet on which we ourselves, as well as our children and grandchildren, must live.

PS.: "I alone cannot change anything" is also such a popular argument. But every individual is an important part of the change. Take a look at the article about the Reasons for vegans not to drink milkto learn what you can do just by reaching for rice, oat or almond milk as an alternative to cow's milk.