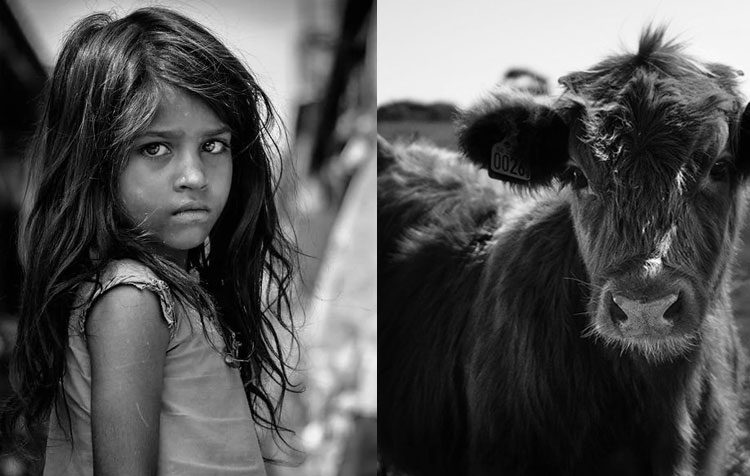 Is nutrition a private matter? - Why not everyone can eat what they want

Is one's own diet a private matter? Meat, eggs, cheese, vegetables, fruit - we live in a free country and can basically eat what we want. So far so good. In the meantime, for a wide variety of reasons, our food culture includes many different Diets emerged. Accordingly, the topic of food is increasingly on the table in everyday conversations - and not everyone likes it.

Sentences like "What I eat is my business and my private pleasure" or "To each his own" - we have certainly all heard them in countless discussions or even said them ourselves. But is one's own diet really no one else's business?

In this article, I would like to explain to you why choosing your own food is a private decision, but not a purely private matter. Let's go!

In advance, here is a brief overview:

Why is our food not a private matter?

Privacy is the familiar space in our lives, where we can live out our personality and individuality without constraint and develop freely. If something is private, then by definition it only affects the individual.

Our personal diet would therefore be a private matter as long as it is only ourselves concerns. But the food we eat, whether plant or animal products, does not grow on our plates or forks, but has a history. We do not eat alone. The decision of what to eat has consequences for the lives of other people (e.g., medical costs, social costs, environmental costs (see Externalization of environmental costs)), for the environment (e.g. Rainforest deforestation, Climate change) - and last but not least for the lives of cows, pigs, chickens and countless other animals that feel joy and pain just as we humans do.

"Eating is not a private matter. [...] Eating involves very concrete positive and negative consequences - not only for one's own body, but also for the environment, future generations and other people."

In the end, the decision even has consequences for one's own life. But since one harms not only himself, but above all third parties (whether directly or indirectly), one cannot speak of a private matter here.

Tip: Eating meat, for example, is not a personal choice, since the decision accepts a victim who loses his life. You can learn more about the argument in the linked post.

The choice of what we eat has consequences for others

Everything we eat consumes natural resources and affects third parties in any way. Products such as soy, oats, wheat or corn also have to be cultivated at great expense - and with the Harvesting with large machinery can kill animals. Even the consumption of plant-based foods may therefore not be a purely private matter.

However, meat, eggs, cheese and milk are definitely not a private mattersince at least the death of an animal is taken into account. In addition, there are the health hazards and serious consequences for the planet and us humans.

Notice: I have deliberately chosen the above picture because it represents reality and underpins the fact that the consumption of a "pork cutlet" is not a private matter. By the way, not only one animal dies - countless piglets are also crushed at birth in the cramped stalls, which subsequently end up in the garbage can. If you find the picture too crass, you should eat a purely vegetable diet.

What are the consequences of animal-based foods for third parties?

Nowadays, there is no longer any medical necessity for eating animals - yet many people do it. The decision to eat a steak, scrambled eggs or a glass of milk of animal origin, has not only effects on the exploited animal.

Here are some consequences of (mass) animal husbandry for food production (Source: "Vegan is nonsense!" by Niko Rittenau*) clearly arranged. The Factory farming is responsible for the causation/consumption of...

Let's not misunderstand each other: The consumption of plant-based foods also consumes resources. But because the "detour animal" is avoided, are plant foods much more efficient.

Here I would like to briefly clear up some arguments concerning the issue of privacy of one's diet. Strictly speaking, the following sentences are not even an argument, but rather an psychological barrierthat allows you to stop discussing things and just leave everything as it is. "This is a private matter!" - End of the discussion.

"Everyone should put their own house in order."

This saying means that someone had better put his own things in order than interfere in other people's affairs and criticize other people. In principle, this is a good attitude. However, in a discussion about eating habits, the saying is out of place, as it bypasses a substantive discussion of the criticism and nips any discussion in the bud.

"What I eat is my business."

As already explained above in the article, one's own diet may have serious consequences for humans, animals and the environment. The saying Creates a great distance from the criticism and also ends an emerging discussion in the bud. In the case of other injustices - for example, child abuse - we would never tolerate it if someone justified it by saying that it was his private affair how he dealt with his child. So why should we tolerate it in the case of Cruelty to animals or climate-damaging behavior? As long as one's own food demands sacrifices, it is very much the business of others.

With this bogus argument, people want to claim "lack of tolerance" and point out that everyone can live the way they want. Between the lines and in relation to one's own diet, this sentence also means that it is one's own private matter what one eats. One pleads thereby however finally for a "Live and Let Live" - as the exact opposite of what the sentence actually means. In order to justify the killing of animals for one's own eating habits, the saying is not sufficient, even on closer inspection.

But it is not only the animals that are not "let live". People also suffer and die among inefficient, animal-based foods. We could, for example, reduce the End world hunger immediately and the Feed all of humanity a purely plant-based diet.₁ Simply because the "detour animal" is avoided if we consume the (feed) plants directly instead of feeding them to animals and then eating their body parts.

"Live and let live," then, is a pretty absurd argument, to justify having animals killed for your own food and endangering other people.

Tip: At vegan for people I will explain why veganism protects not only animals, but also people.

This means that every person should have the right to their own views, opinions, preferences and actions. Who does not share an opinion, should be tolerant and simply not be bothered by it. But with this general saying you can not simply dismiss social injustice and any criticism.

The original meaning of the saying of the Greek philosopher Plato was that each person is responsible for a just society should act in a way that corresponds to his nature and circumstances. "To each his own" thus had a solidary basic ideas.

But the actual meaning has been lost over time. Not least because the saying also instrumentalized by the National Socialists and affixed to the entrances of concentration camps. A millennia-old justice formula thus became a death formula - "to each what he deserves," so to speak. Against this background, the sentence is particularly macabre.

With regard to the consumption of animal foods, such as meat, eggs or cheese, it should be noted that "to each his own" actually says the opposite of the original meaning. You take away from innocent cows, pigs, chickens and many other species your - their freedom, their offspring and their lives.

We oil, fry and bread pork body parts and call it schnitzel - one of many euphemistic Euphemisms for animal products, which Memory of the animal in hiding hold

"What you eat is for everyone to decide for themselves." - the sentence magically transforms into a very egoistic saying as soon as one Viewing one's own actions from the perspective of the victims. Animals, but also humans, suffer and die from the nutritional decision, which one would like to label loosely and easily as a private matter. The decision is indeed private - but it is of course not a private matter.

To many, a purely plant-based diet seems too difficult. But as soon as you change your perspective, you see who really has a hard time. To better understand the perspective of the victims, I personally enjoyed the Dominion film helped. It shows what we humans do to animals for our private pleasure. It is simply a brutal injustice towards all non-human animals - and disrespectful, ignorant and obstinate to dismiss it as a non-public matter.

We are used to eating meat - but we are also able to question and change our behavior. I hope that I could help you with this post. Do you have any questions, tips or suggestions? Then I look forward to your comment!

PS.: Do you also find that Vegans annoy? In the linked article I explain to you what exactly about veganism is actually so corrosive 😉.