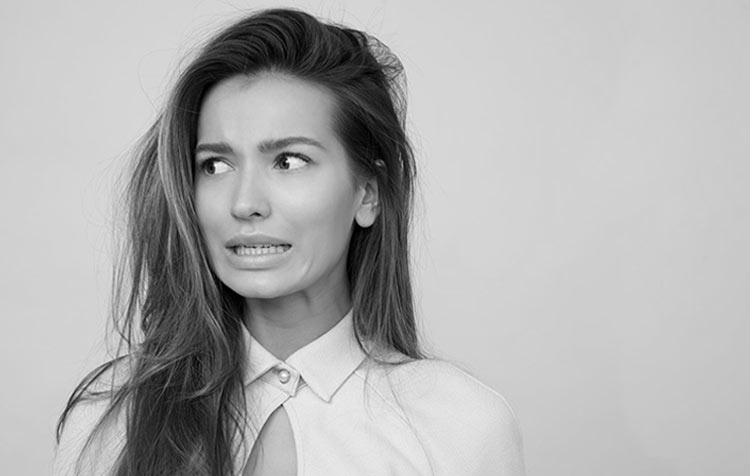 Cognitive dissonance - What is it?

What actually is cognitive dissonance? What the hell does that have to do with sustainability and environmental protection? Surely you know everyday situations in which you get the queasy feeling of believing in two contradictory beliefs at the same time. For example, when you smoke a cigarette, although your health is actually very important to you. Most of the time, we are perfectly aware of such gaps between actions and values. Sometimes, however, we trick ourselves without realizing it.

In this article, I want to give you everything you need to know about the emotional state of cognitive dissonance. From the definition, to examples and the connection with sustainability - to effective ways to overcome it with flying colors.

Here is another short Overview about the article:

What is Cognitive Dissonance?

In social psychology, cognitive dissonance is referred to as a phenomenon that is considered to be unpleasantly felt emotional state of a person caused by incompatible thoughts, opinions, attitudes or desires. This is usually a result of a conflict between one's own thinking & knowledge and one's own actions. Unpleasant is the feeling because we would like to admit to having done something wrong, but this contradicts our basic conviction to always behave correctly. The Dissonance theory describes in this regard our striving to find a balance and freedom from contradiction in our inner belief system.

The feeling state of a cognitive dissonance can often be identified by the sentence part "Yes, but..." recognize. One agrees, but nevertheless finds - mostly reflexively - objections. The triggering process often takes place within a few seconds in the subconscious. We then defend our views and behaviors the more strongly we are convinced of them. Even if we have already determined that it makes little sense.

Example: Building a wall between Mexico and the United States

First, here is a nice example of cognitive dissonance from the US. Most Trump supporters know that a border wall with Mexico is neither possible nor practical. Yet that ended up supporting them even in their belief in the genius of the presidential candidate, rather than weakening them in it. The contradiction here is being convinced that Donald Trump is a good president, but who nevertheless supports a senseless project. The latter is ultimately an act that one would actually assign to a bad president.₁

What does cognitive dissonance have to do with environmental protection and sustainability?

I have deliberately chosen the first example of cognitive dissonance outside of environmental protection and sustainability. It shows that cognitive dissonance can be a constant companion in all areas of our everyday life. Especially in situations where we know we should change, adapt, or that we should give in. Yet changes are so difficult for us. But we can the greatest environmental problems of our time without changing the way we live.

Here I want to give you three examples of cognitive dissonance behaviors that, if you challenge and adjust them, can make your life greener and healthier, too.

A prime example of (lack of) cognitive dissonance is reflected in smokers. The scientific evidence is clear: Smoking is extremely harmful to health - moreover the discarded cigarette butts pollute the environment. Then there are the warnings and disgusting pictures on the boxes. Every smoker knows that they are not doing their own health or the environment any favors. And since most people want to stay healthy for as long as possible and without provoking environmental damage live Here, too, an inner conflict arises. The cognitive dissonance ultimately leads those affected to develop strategies to overcome it. And that's why smokers often say things like "The butt just tastes good" or "Helmut Schmidt smoked all his life and lived to be almost 100 years old". to hear.

Tip: I've written you a detailed article on how you're most likely to make it, to stop smoking.

The Fast Fashion IndustryThe production of cheap fashion in the context of new trends that are issued almost weekly has not only ecological but also social consequences. Often, T-shirts that end up selling for 5 euros in fashion stores are sewn together by children in dusty, dark factory halls in Bangladesh. If asked, everyone would probably say that they are against child labor or the exploitation of people. Yet most of us buy cheap shirts that were probably produced just so and for a pittance. And even though we might now and then Fairtrade fashion buy, we like to present ourselves to others as if we ALWAYS prefer them.

Tip: I've given you a separate post with easy to implement Slow Fashion Tips written that will make your everyday life even more sustainable.

Perhaps you know such situations: as soon as you express that you are vegetarian or vegan dietother people react with rejection or even anger. This is the so-called meat paradox, which describes the contradiction between being against Cruelty to animals to be and Loving animals but eating them anyway.

There is no humane way to take the life of a living being that does not want to die. Yet many people seem to believe, that something humane happened there when an animal marched alive into a slaughterhouse and comes out in thousands of pieces. To overcome this cognitive dissonance, people (including myself until I was 30) talk themselves out of their behavior with excuses like "Meat just tastes good to me" or "I eat very little meat" beautiful.

Tip: At Reasons for veganism I'll show you the ecological, ethical and health reasons why I now live vegan.

Okay, I get it: we humans behave pretty strangely sometimes. So what can be done about cognitive dissonance? Trump supporters, for example, free themselves from it by devaluing the contradictory belief, inventing further beliefs to go with it, simply ignoring the contradiction - or in the best case: by abandoning their conviction that "Donald Trump is a good president". In everyday situations Justifications help us to get rid of the unpleasant feeling of cognitive dissonance, at least in the respective situation.. But so that we don't have the feeling around us all the time, we justify our contradictory behavior even to ourselves.

But fortunately, there are ways to overcome cognitive dissonance without deceiving ourselves! The one's own conviction must only be consciously questioned and adapted - and one's own pride overcome for a moment.. As long as this does not happen, the inner contradiction and queasy feeling remain. Critical faculties and self-discipline naturally play a very decisive role in overcoming them.

Here, I would like to conclude by giving you two ways to reduce dissonance in order to eliminate cognitive dissonance.

When we are criticized, we are often plagued by a guilty conscience afterwards. We can't always make up for the faux pas right away. To feel better, we subsequently tend to trivialize our behavior. The more often this happens, the more the inner conviction is strengthened that our harshly criticized actions were not so bad, so that at some point we no longer see any reason to change anything.

Instead of falling into self-protection, however, you should simply stand by your mistakes and do better next time. Internalize this change in your attitude.

The definitely most effective remedy against cognitive dissonance is honest with yourself and Open to other opinions and new findings to be. And precisely for this, critical faculties, insight and the will for your personal development are decisive. However, if you ignore your inner contradictions, you will always be treading water in the latter.

So identify your inner conflict and try to find a solution for it. This moment can be extremely uncomfortable, so stay strong-willed. If you manage to improve your behavior in all moments of cognitive dissonance, this will improve your Making life noticeably easier.

Cognitive dissonance can also be overcome without self-deception

It's crazy what goes on in our heads, don't you think? Maybe you even felt the cognitive dissonance while reading this article. For example, when I said that your "meat consumption" is a contradiction between your values and your actions? You don't want to hear that, sure. But that's exactly the psychological effect I wanted to make you aware of here today. I hope that you were able to take some things with you to master such inner conflicts in the future with flying colors and without lying to yourself.

Do you have any questions or can you think of other examples of cognitive dissonance in the context of sustainability and environmental protection? As always, feel free to drop me a comment.

PS.: Knowledge is one of the cornerstones to positively change one's own behavior. And to demand it, you should read books regularly. In the linked article, I'll show you why else reading is so incredibly important!