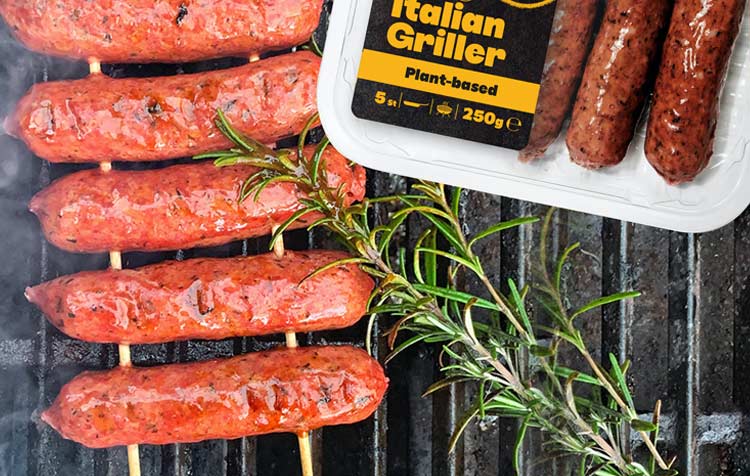 Is meat substitute unhealthy? Why vegetarian and vegan substitutes are not always healthy

Is vegan meat substitute unhealthy? If you're looking for a clear answer to this question, you've come to the right place! Meat substitutes are plant-based foods that imitate meat products such as schnitzel, steaks or sausages in terms of taste, nutritional value, appearance and feel without being made from animal meat. They help, for example, with Change from meat eater to vegan or vegetarian - and in the process eliminating the disadvantages of animal meat products.

But are meat substitutes really healthy? After all, one hears again and again that "vegan meat alternatives are also not healthier". In this article, I would like to explain everything you need to know about the health aspects of plant-based meat substitutes. Let's go!

An investigation by the consumer magazine ÖKO-TESTpublished in the June 2016 issue resulted in the viral headline "ÖKO-TEST warns against meat substitutes". However, the reasoning behind this finding is highly questionable.

Criticized are especially the high fat content, the salt content and the seasoning, the inconspicuous labeling, mineral oil residues detected, the contribution to rainforest clearing, the use of genetically modified soy and selected additives.₁ For my part, a brief commentary follows on each of these.

ÖKO-TEST noted that substitute products often were lower in fat and in some cases were similarly high in fatlike meat products. This already speaks more in favor of the substitute products. In some of them were more than 2 grams of salt discovered, which is why they were classified as a health concern. However, meat and also cheese products usually contain much more than 2 grams of salt.

This is not a question of health, but of design aspects that affect the packaging. For the consumer magazine, the words "vegetarian" and "vegan" were simply too small, so that consumers could "accidentally" reach for plant-based alternatives from time to time. This test aspect speaks rather for the bias of the responsible persons of the investigation.

ÖKO-TEST also justified the warning against meat substitutes by the fact that Rainforest cleared for soy products will. However, the main driver of rainforest clearing is the Cultivation of soy as animal feed for the production of meat products. However, soy products that we consume directly in Germany usually come from EU countries. Apart from that, this is not an aspect that is suitable for the direct, health-related evaluation of meat substitute products.

The test result suggests that the mineral oil hydrocarbons (MOSH) discovered in some substitute products are exclusively a problem of vegan meat alternatives. But as the residues result from the packaging material, they have already been detected in animal barbecue sausages and other foods.₂

The vegetable colorants and thickeners contained in many substitute products were also criticized in the test results. However, the following are more of a health concern Additives for meat productssuch as nitrite and glutamate.

The magazine further found GM soy contaminants in some of the vegan-vegetarian substitute products examined. These are due to the fact that so much genetically modified soy is produced nowadays that during cultivation, as well as during transport and storage, lower levels of contamination are basically unavoidable. Ultimately, it is not so much the manufacturers of substitute products who are responsible for this, but rather the manufacturers of genetically modified soy for the production of animal foods from the Factory farming responsible.

Consumption of animal meat much more harmful to health

Warning about ingredients of concern is important! In the study of ÖKO-TEST However, is simply ignores the core product to be compared, which the vegan meat substitute is supposed to replace: real meat from animals. Subsequently, it is of course very easy to portray the properties of plant-based meat alternatives that are worthy of criticism as unhealthy and questionable.

The consumption of animal meat is indeed a health concern with regard to all aspects considered. Therefore, it would be more necessary to warn against meat products. For example, the World Health Organization (WHO) in particular has been warning for years that the consumption of red and processed meat products promotes the formation of cancer cells.₃.

Manufacturers are not automatically "good-people" just because they produce animal-free foods. Yes, even vegan and vegetarian meat substitutes like soy cutlets or pea protein-based gyros are processed foods that often contain artificial additives, and can be high in salt, fat and calories. Lots of subjunctive. It is therefore not possible to make a blanket statement that meat substitutes are unhealthy.

What is clear and unambiguous, however, is that meat substitutes are generally healthier than "real" meat. Foods of animal origin are also processed products that are even richer in unhealthy fats, salts and additives. They can also contain mineral oil and also antibiotics, feces and urine residues.

Nevertheless means vegan not automatically healthyThat's why you as a consumer should always take a close look at the ingredients list of the respective product. A balanced, plant-based diet is ultimately one of the most important building blocks of a healthy lifestyle.

For the sake of health (the environment and the animals): Better vegan meat substitute, than meat

More and more people are stopping eating meat. Not because they don't like the taste, but because they have lost their appetite for ethical, ecological or health reasons. Plant-based meat substitute eliminates the disadvantages of animal meat products - and still makes it possible not to have to do without the beloved taste of meat. It lets us personally live healthier - and ultimately also promotes the health of our planet, countless animals and other people.

Enjoying substitute products wisely and in moderation is harmless to health - and definitely healthier than consuming meat. The desire for the taste of meat is an addiction or habit that, fortunately, is particularly easy to break and replace with new habits in plant-based cooking. Do you have any questions, tips or suggestions? Then I look forward to your comment!

PS.: How to manage, live vegan or basically Eat less meat? In the linked article you will now get valuable tips. Good luck with the implementation!

References:
₁ Carina Rehberg: Meat substitutes are healthier than meat (as of Apr. 28, 2022), available at https://www.zentrum-der-gesundheit.de/ernaehrung/lebensmittel/fleischersatz-uebersicht/fleischersatz. [18.05.2022].

₃ WHO (2015): Cancer: Carcinogenicity of the consumption of red meat and processed meat, available at https://www.who.int/news-room/questions-and-answers/item/cancer-carcinogenicity-of-the-consumption-of-red-meat-and-processed-meat. [18.05.2022].