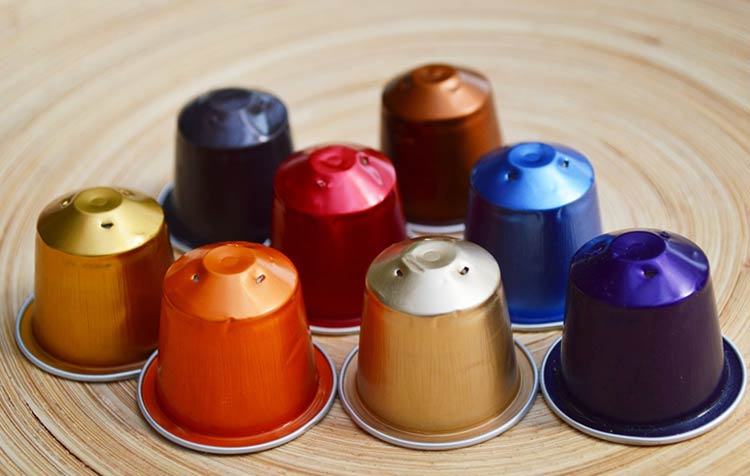 Do Nestlé and sustainability go together - and why are there constant criticisms and scandals surrounding the world's largest food company? I have long since found my answer to this question and know why I avoid buying Nestlé products as much as possible. As best I can - because they often hide behind third-party products with a different brand name.

In this article, I want to show you why Nestlé faces constant criticism, how you can boycott the company's products in your everyday life, and why it all makes sense.

Why you should not buy Nestlé products

This video by Moritz Neumeier made me realize that CareElite is still missing a clear opinion on the work of the group. I'm making up for that here with the utmost conviction.

I have always had my reasons for boycotting Nestlé products as much as possible. But during my research, I regularly shook my head at how heartless this company really is. In the end, of course, my Nestlé boycott solidified a bit more. Before I show you how to prevent supporting the company in your everyday life, I would like to share with you here 5 good reasons to boycott Nestlé.

The world's largest food company regularly faces class action lawsuits from people and companies protesting child labor in its supply chains. The corresponding criticism has been raining down on Nestlé for more than a decade and increasingly concerns child labor on cocoa plantations - such as in Ghana or the Ivory Coast. This is modern slavery - children working here instead of being in school. This violates the guidelines of the International Labor Organization (ILO).

The company generates almost 8 billion euros in sales every year with packaged drinking water alone. Even though the plastic bottles contain Microplastics settles in the water, it is basically clean. How the water gets into the bottles, however, is anything but clean. Nestlé privatizes the land above the largest drinking water sources on earth in order to sell it at an exorbitant price. The French municipality of Vittel is a prominent example of the criticism regarding the privatization of water sources. Nestlé pumps 750,000 cubic meters of water out of the ground there every year.₁ The consequences? The groundwater is sinking. And private wells belonging to farmers have been closed, and they now have to buy and transport their water from neighboring towns. The fact that company CEO Peter Brabeck-Letmathe is said to have said that water is not a human right no longer surprises anyone.

This picture of Marius from our community has become on the Facebook page of CareElite shared hundreds of thousands of times within a few hours. Nestlé is making a killing with the Nespresso capsules - because they save consumers unnecessary problems with the coffee filter. But the customer pays the equivalent of €70 for a kilogram of coffee - and is left with 8,000 tons of waste a year. Which unfortunately increases Plastic waste in the environment remains behind.

In addition to the capsules, we also find juice and cocoa packets and their straws, ice cream containers, water cups and, of course, Nestlé water bottles on the beaches during our cleanup campaigns. This is because there is almost no deposit system like the one in Germany - and so the garbage ends up in nature, especially in Southeast Asian developing countries, and costs the lives of millions of animals every year. But Nestlé also wants to make profits in places where the level of education and waste disposal systems are still inadequate and are only improving very slowly.

In addition, the company has also come under particular criticism for the increased use of palm oil. The fact that the mining of Palm oil rainforest destroyedI had already described this to you in the corresponding article.

The corporation gears its own products toward profit and growth, foregoing health considerations. For example, in the early days Nestlé found that there was money to be made from a substitute for breast milk. In response, in-house powdered products were created and aggressively and even misleadingly advertised. Nestlé gave the impression that children grew just as well with artificial milk as they did with natural breast milk. Criticism of Nestlé for demonstrably causing and condoning the deaths of infants is therefore justified. A Report of the organization "Changing Markets Foundation provides information.

However, Nestlé also sees the market changing towards more conscious consumption and healthy eating. That's why the products will certainly be healthier in the future. Because what's good for the customer is also good for the company. It is a pity that this change in thinking is driven by the profit motive and not by the heart of the company. Which brings us to the fifth major point of criticism.

... and yet tries to present itself as the opposite. For good reason. Because criticism & scandals from an ethical and ecological point of view are the only things that can really be dangerous for the corporation. But Nestlé's goal is to make money. No matter how - but as much as possible. Water is a product and not a human right. For its own range of products Animal testing carried out. Doctors are bribed and other people lose access to free drinking water. Nestlé takes water away from the poor to enrich itself - and calls it Pure Life. Unfortunately, these people can no longer afford the water. A corporation that knowingly does bad things to people around the world in order to make money from it is, in my opinion, operating without a soul.

How you can boycott Nestlé

Nestlé is therefore anything but sustainable. There is no shortage of reasons for a boycott. But does it really have a noticeable effect if a single person gives up Nestlé products? Logically! After all, you are not alone. And if many (small) people all over the world do many small things, then something changes.

Here I've listed a few of those things you can do to boycott Nestlé and demand change at the same time.

Which brands & products belong to Nestlé?

First of all, it is important to know the brands and products of the company. Here I would like to give you a small overview of the most famous 2000 brands of Nestlé in Germany.

The Group makes its profits primarily in the beverage sector. Among the products that are difficult to assign to the Group at first glance from the customer's point of view are, for example, the following:

In addition to coffee, water and iced tea, however, the food company also sells snacks and other meals worldwide under a variety of brand names. Here are a few examples for you:

Nestlé also holds shares in the cosmetics brand L'Oreal and even sells pet food under the Gourmet and Felix brands. By googling, you will find many detailed charts with an overview of all Nestlé brands.

Just knowing the brand names isn't enough to make your purchases sustainable, unfortunately. But don't worry - you just need to change your habits a bit and think outside the box. To replace the purchase of Nestlé products sustainably and bring about change, I would like to give you the following tips along the way.

Finally, I don't want to deprive you of this documentary about Nestlé. It is not about destroying the corporation and its profits - it is about the corporation acting sustainably in the future, as it is responsible for the consequences of its profit-greedy work. Whether it's garbage in the environment, child labor, or the decline of groundwater in entire regions.

The Nestlé criticism is completely justified due to such scandals and a boycott of the products is a logical, human reaction. I hope that this article helped you to understand why Nestlé is criticized so much. And that the tips will help you to support the company less or even not at all in the future.

PS.: In the Environmental protection blog you will get many more hints and tips around a sustainable and conscious life. Learn for example the greatest environmental problems of our time and how you can solve them in your everyday life.