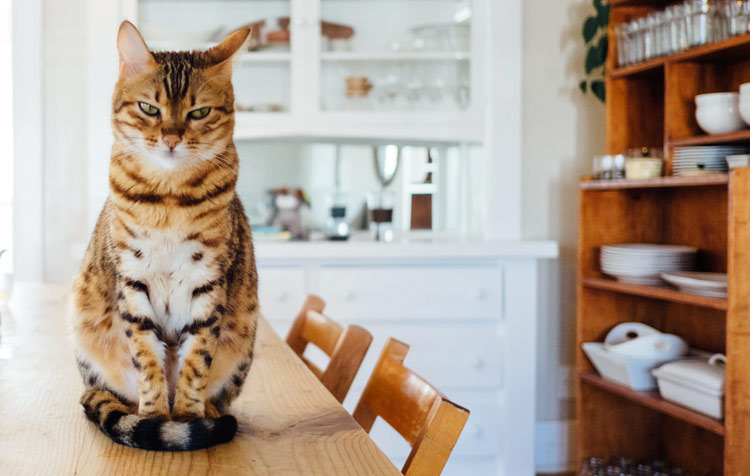 Do vegans have pets? Vegan position on dogs, cats & other companion animals

You want to know if vegans have pets and how they feel about the issue in the first place? Then you are exactly right here! First of all: yes, some vegans also have a dog, a cat or a rabbit. At first glance, this may seem to clash with the vegan philosophy of simply leaving animals alone in general and not viewing them as objects of human utility. So how do vegans and pets fit together anyway?

In this article I would like to give you the most important information about this much discussed topic. Let's go!

In advance you can find here already a short Overview about the contribution:

Notice: I would like to present you with some insight into the role of pets in the vegan lifestyle. Please note that the information can of course not apply across the board to all people and situations.

Why do vegans avoid buying pets from breeders?

Vegans want Cruelty to animals avoid Degrade animals as commodities leads however sooner or later inevitably to this suffering of dogs, cats, turtles, parrots, rabbits and innumerable further animals, which one regards in our society as "domestic animals". However, the vegan philosophy makes no distinction between pets and farm animals. Whether cow, pig, dog or cat - in the end they are all sentient beings that do not belong to any human classification and certainly no Speciesism need.

So, as a rule, vegans avoid buying pets from breeders in order to stem the tide of breeding animals and the drive for profit on their backs. Instead, the very animals are taken in and rescued that already dwell on earth in undignified circumstances because they have been overbred.

So why do many vegans have pets?

So, as a rule, the pets of vegans do not come from breeding, but from the Animal shelter, animal protection or directly from the street. One argument against this is that a certain behavioral pattern is imposed on the animals. However, the fact that they experience a decisive improvement in their living conditions - among other things through care, food, routine and safety - is in favor of this. The point of rescuing animals is not that they find absolutely perfect circumstances, but that they can live under improved circumstances. It also counteracts the overbreeding and overpopulation of popular "pets" on the streets. Why? Because no further animal in the breeding moves up and instead a new, free place in the shelter is created.

As a vegan, you should ask yourself the following question before adopting a pet:

Is keeping the animal an improvement over the current alternative? If the answer is "yes", the inclusion of the animal should also be in line with the vegan lifestyle.

Tip: There are incredibly many, great Animal welfare organizations and small associations that work hard for homeless animals. There you will get more detailed information about adoption.

What do vegans feed their pets?

The fact that, for example, hundreds of other animals have to end up as dog food for one dog, does not correspond to the ethically-motivated, vegan way of life. However, even if he descends from the wolf, the Domestic dog no longer a carnivore, but an omnivore. The stomach and intestines have adapted to humans during the course of human domestication, which is why one Feed dogs also vegan can. There are even different, purely plant-based complete feeds that are enriched with all essential nutrients.

We have our Bitch taken from Romania and they under veterinary supervision carefully introduced to a vegetarian-vegan diet as possible. I strongly advise you to do this in order to avoid any mistakes.

Notice: At sustainable dog ownership you will find more information. However, a vegan diet does not work for all pets. Be sure to talk to your veterinarian or other experts about how to fully meet your pet's needs.

Of course vegans also have pets

The apparent contradiction to the defiance, thus also Veganer hold domestic animals. This is especially very compatible with the vegan philosophy, if one adopts the animals into a better life, to counteract the overbreeding at the same time. Thus one provides besides automatically for the fact that dogs, cats and animals in general in our society less and sometime no more at all as commodity are regarded.

Fortunately, since 2011, the number of homeless animals euthanized and killed has consistently declined.₃ So the fact that more and more people are adopting dogs, cats and other stray animals gives hope for the future.

Do you have any questions or your own experiences with the vegan approach to pets that you'd like to share? Then just write me a comment.

PS.: You want to know, why i live vegan? in the linked article you will now get to know all the important motifs. Have fun!