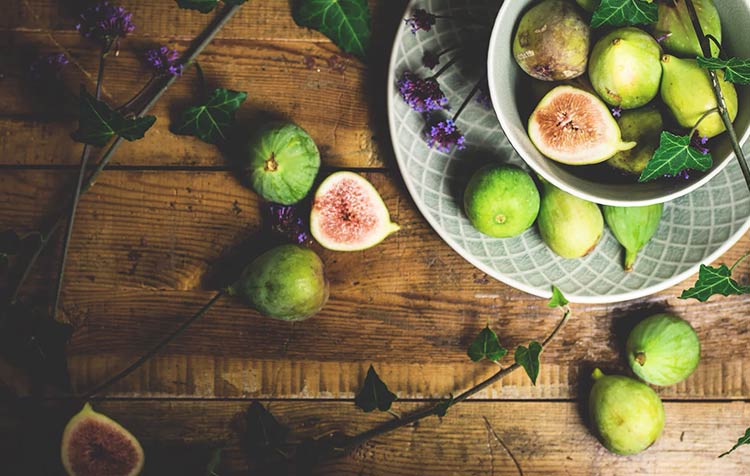 Are figs vegan or not? Why the answer is not as clear as you think

Are figs vegan? If you're asking yourself this question or wondering why the sweet tropical fruit might be associated with animal suffering, you've come to the right place! In fact, the initial question cannot be answered in a general way. After all, there are different varieties of figs that propagate in different ways. The figs we know from the supermarket actually need animal support to reproduce. So are vegans allowed to eat figs?

In this article you will now learn in a nutshell what animal the Plant pollinatedwhether figs are nevertheless suitable for vegans and whether there are also figs that are guaranteed to have a purely plant-based origin. Let's go!

Why are many figs not vegan?

If you look at it very strictly, the "True fig" or "Edible fig". (lat. Ficus carica), which we get in grocery stores, is not vegan. This is because it has only one female flower and therefore requires for its reproduction the Goat fig flowers. In their male and female, inwardly directed flowers lay female Fig wasps (there are about 35 genera) lay their eggs. However, they subsequently die in them because the fig flowers are extremely narrow and they can no longer free themselves - usually due to torn wings.

However, the offspring of the fig wasps grow in the plant galls. The males die after mating with the females - but the latter can free themselves from the flower and, equipped with the pollen necessary for fertilizationnow also attacks the "true fig". This is fertilized - and the fig wasp dies in it.

In short: If the fig wasp would only perform the pollination service and then fly away again, the figs would be vegan. But since the animals in the fertilization cycle die in the fruit and pollination would not be possible without the animal sacrifice, they are strictly speaking, not with the Veganism compatible.

Are the fig wasps still found in the fruit?

Topic through? Think again! Because anyone who eats figs regularly knows that there are no wasps left in the fruiting body. This fact is due to the fact that the Enzyme ficin decomposes the animals inside the fig. This info gives at the same time new discussion material around the question whether these figs are vegan or not. Finally one eats "only" still the degradation product of an animal.

However, the answer to the question is honestly pretty clear to me: without the death of the fig wasp, the "real figs" and countless other fig varieties would not exist. The necessity of a dead animal for the reproduction of the fruit finally ensures that the tropical fruit has an animal origin in a certain respect and is therefore not vegan. In the end, it does not matter whether the wasp can still be found in the fruit or not.

Are there also vegan figs?

For the "true fig", the buck fig and, incidentally, for the San Pedro fruit fig and the Smyrna fruit fig fig wasps have to die. But what about other types of figs that grow, for example, where there are no suitable pollinators buzzing around?

In fact, there are also some figs whose reproduction does not depend on fertilization by the fig wasps or other fig species. They belong to the superordinate concept of "Parthenocarpic figs". These include, for example, the pear-shaped variety Brown Turkey, which even suitable for pots Dalmatia or the tasty fruits of the Negronne.

The corresponding fig trees can also be, for example, in their own, sustainable garden plant - by the way, the ideal time for planting is spring!

Are figs vegan? Unfortunately not always!

Since there is absolutely nothing about the fruit itself that indicates an animal origin, most people assume that figs are vegan. But on closer inspection, this assumption is seriously flawed, since the death of a fig wasp is indispensable for the reproduction of the fruit.

Nevertheless, I must admit that this is not the exploitation of animals or Cruelty to animals acts. Accordingly, most vegans eat all types of figs, since we are at least to some extent in a gray area.

However, the definitive vegan fig alternative is to grow your own self-pollinating fig varieties in your own fruit and vegetable garden.

I hope that I could help you with this blog post. Do you have any questions, suggestions or further tips for vegan figs? Then I look forward to your comment!

PS.: There are also some surprising non-vegan additives in food and cosmetics that you should know. In the linked article I present them to you in combination with their E-numbers.