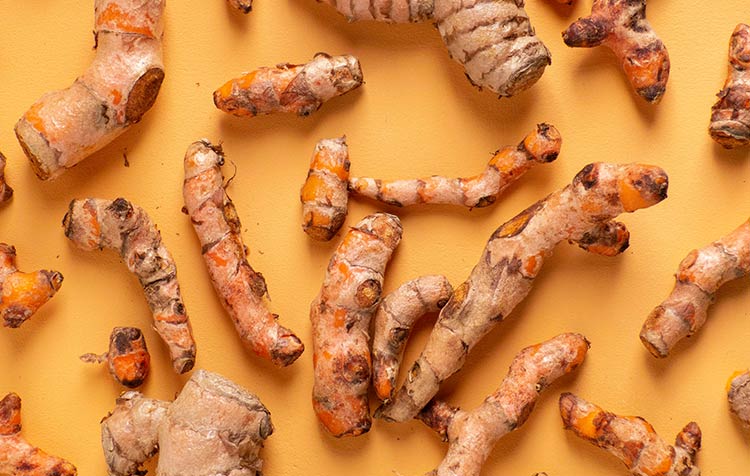 Are there actually natural home remedies for nail fungus? Nail fungus is a fungal infection that can affect both fingernails and toenails. A common symptom is that your nails lose their natural shine and become discolored. A brownish or yellowish discoloration of the nail tissue is also typical of the fungal disease. To prevent the fungus from spreading further, you definitely need to treat it.

If you now want to know how you can treat nail fungus naturally and what home remedies help, then you are in the right place here! Because in this article I would like to introduce you now five useful home remedies against nail fungus!

The nail fungus (or also called nail mycosis) is definitely a serious disease. Initially, often only the edge of the nail is affected and as the disease progresses, the fungus increasingly migrates to the entire nail plate. Therefore, this must be prevented. You have a chance of success with the following five home remedies.

On almost every list of natural remedies for nail fungus can be found either Vinegar, Vinegar essence or apple cider vinegar can be found. The vinegar is the most mentioned home remedy for nail fungus treatment and very many people trust in its effect.

The acid in the vinegar is supposed to kill the nail fungus. Fungi can only survive in an alkaline to neutral environment, and acidity makes the natural environment of the fungus acidic.

In the application, the vinegar is either mixed with water in the ratio 1:1 and applied directly to the nail fungus with a cotton swab or used as a foot bath (1:4 mixture with water). The foot bath should be done for a quarter of an hour. Please do not bathe the feet longer, as this will further irritate the fungus-damaged cuticles.

2. lemon as a home remedy for nail fungus

The lemon is a real vitamin bomb and is known for its ability to stimulate Strengthens defenses. It is rich in magnesium and vitamin C, for this reason it is considered a proven home remedy for colds. But it can do much more!

The juice of a lemon has a cleansing and also disinfecting effect. For this reason, lemon is often listed among the natural remedies against nail fungus. Similar to vinegar, it is expected that the acid contained in it will worsen the conditions of growth of the fungus. The Citric acid is supposed to re-stabilize the pH of the body and also the acid of the lemon is supposed to have an antiseptic effect. Besides, it is supposed to help against brittle nails and that is definitely a symptom of nail fungus.

During application, the affected nail area is drizzled with the juice of the lemon. A cotton ball or cotton swab is also suitable for application here. The treatment must be carried out over several weeks. It is important that the cuticle is intact during treatment, otherwise the acid may cause a burning sensation.

3. essential oils as a natural remedy for nail fungus.

Australian tea tree has been used as a home remedy by the indigenous people of Australia for a very long time. For hundreds of years, the plant has been used to cure skin problems. Tea tree essential oil has antiseptic, antibacterial and antifungal properties. The fungicidal property makes this oil also interesting in nail fungus treatment. With tea tree oil you can treat nail fungus naturally. The essential oil is supposed to stop the growth of the fungus and is therefore a popular home remedy against nail fungus.

Besides tea tree oil, sage oil can also be used. Sage generally has both anti-inflammatory and anti-fungal effects. For this reason, this spice is also a Component of natural medicine. For the extraction of sage oil, the complete sage plant is used.

The application of the two natural remedies against nail fungus is similar. The respective tea tree or sage oil is applied to the fungus on the nail with a cotton swab three to four times a day. Alternatively, a foot bath with water and the essential oil can be applied. Care should be taken when applying directly to the nail! The concentrated oil must not come into contact with the skin, otherwise it may cause skin irritation. Therefore, I recommend the application only for people with insensitive skin.

Turmeric is widely used especially as a spice. Did you know that turmeric is responsible for the yellow color in curry? The rootstock of turmeric is used as an herbal remedy. Turmeric is a ginger plant and the rhizome is said to have numerous health benefits. Turmeric contains curcumin, which is said to have a mild anti-inflammatory effect. In addition Vitamins, Antioxidants and Minerals contain. These can additionally protect the nail.

Here's what you need to keep in mind when using it: Mix the powder of turmeric with oil and then apply to the nail fungus, preferably several times a day. Whether the effect is sufficient to fight the fungus is controversial.

Here you can buy organic turmeric in powder form plastic-free*

Coconut oil has been a staple food in many countries for thousands of years. Coconut oil however, can be used not only for cooking, but is also used as a skin and hair care product. In addition, it is a time-honored natural remedy. It has an antibacterial and antifungal effect. This means that it is effective against fungi. For this reason, coconut oil is also popular as a natural remedy for nail fungus. Due to the fatty acids it contains, it is said to inhibit fungal growth and have a healing effect on the affected nails. For this, the coconut oil is applied twice a day to the infected nail! When buying, make sure that the oil is only from organic farming.

Home remedies for nail fungus are a useful complement to medication

As you can see, there are many natural remedies for nail fungus. Lemon and vinegar are said to stop the growth of the fungus due to the acid they contain and thus support the treatment of nail fungus. Tea tree oil and sage essential oils are also among the popular home remedies, as they are said to have both anti-inflammatory and fungicide properties. The somewhat more exotic home remedies turmeric and coconut oil also have their raison d'être! Although many sufferers rave about the positive effects against the fungal infection, it is important to note that the Effectiveness of individual home remedies not clearly proven.

Nail fungus is a serious disease, which in most cases requires medical treatment. The immune system is not able to fight off the fungus on its own. It is not advisable to carry the nail disease, as it can lead to serious problems in the advanced stage. Home remedies are welcome to be used in addition to antifungal medications, but the use of home remedies alone is only partially recommended.

Do you have questions about the natural treatment of nail fungus? Then feel free to write me a message. Either on my website otcberatung.de or directly here in the comments.

PS.: Feel free to look further in the Natural Health Blog at CareElite and learn, for example, why you need to Spend more time outside in nature should to stay healthy for a long time.

Melissa has been a licensed pharmacist since 2016 with several years of professional pharmacy experience. On her website otcberatung.de customers are advised on over-the-counter medications.