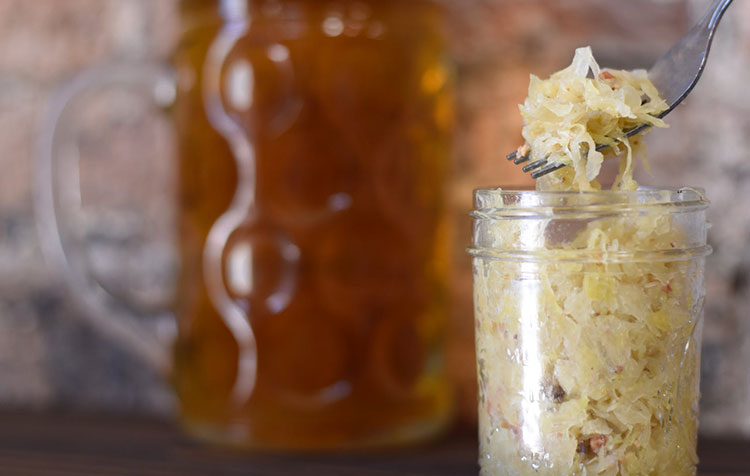 Is lactic acid vegan and lactose-free?

Is lactic acid vegan and lactose-free? A good question! You're probably asking yourself that because of an intolerance or a change in diet, right? I distinctly remember asking myself the same question in the supermarket when I was switched from vegetarian to vegan am. This is because probiotic lactic acid is found in many foods such as yogurt, cheese, tomato juice or sauerkraut, and its name on the ingredient list naturally leads one to assume at first that it has something to do with animal milk or could have health consequences.

In this article, I would therefore like to explain briefly and concisely what lactic acid is and whether it is suitable for vegans and lactose intolerance. Let's go!

What is lactic acid anyway?

The most important thing to know first: Lactic acid is only called that because the chemist Carl Wilhelm Scheele isolated it from sour milk in the form of a brown syrup and discovered it that way.₁

However, lactic acid is found in both plant and animal foods and is a natural preservative and acidifier. Simply because it is able to prevent the proliferation of bacteria and give food a sour taste. This is exactly what happens in the process of lactic acid fermentation, in which carbohydrates break down into acid. A sour milk product is then produced, for example, and sauerkraut is given a longer shelf life.

So is lactic acid vegan?

Although the name does not necessarily suggest it, but in most cases lactic acid is vegan and has no connection to the Factory farming. Because vegetable raw materials are generally cheaper than animal ones, they are fortunately preferred in industry. In rare cases, however, the lactic acid bacteria may be grown on a nutrient medium that contains components of cow's milk.

But basically, the ingredient "lactic acid" in otherwise vegan foods is always suitable for vegans, so you don't have to worry. So just keep looking at the whole list of ingredients of the food in the supermarket.

Good to know: Did you know that also for milk animals die have to? In the linked article I show you why this is unfortunately the case.

You may need to take more probiotic foods such as lactic acid (e.g., as part of a Lactic acid cure) to take to you. Of course, you can also do this with vegan products from the supermarket. Here I list you therefore simply some of them, which usually receive lactic acid:

Tip: Also feel free to check out the many vegan milk alternatives which I will present to you in a separate post.

Lactic acid is vegan and lactose-free!

The lactic acid is merely a decomposition product of lactic acid fermentation and basically suitable for vegans and lactose-intolerant people. However, there are rare exceptions, which is why you should look a little closer at the ingredients list now and then.

I hope that I have given you your vegan lifestyle even easier and prevent possible symptoms of intolerance. Do you have any questions or suggestions about lactic acid? Then, as always, feel free to write me a comment!

PS.: You want to know, why vegans do not drink milk? In the linked article you will find out exactly!