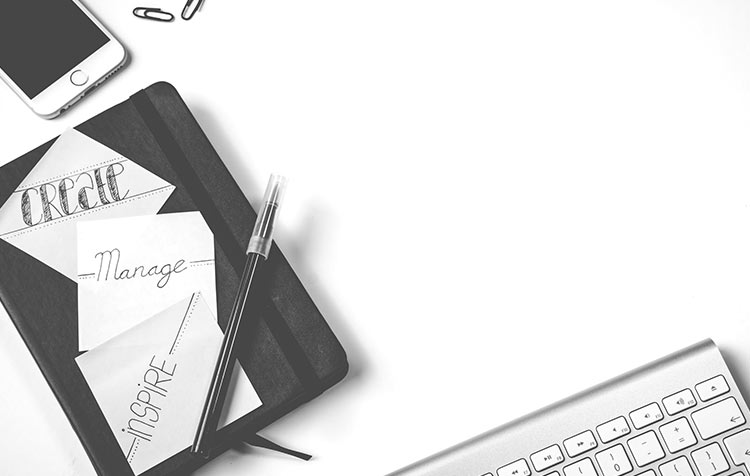 You want to learn habits of millionaires and happy, successful people? Then you've come to the right place! A large-scale study has shown that almost 70 percent of all millionaires have achieved their financial wealth through their own efforts.₁ Money isn't everything - we can certainly agree on that. But many of these people have one or two inspiring habits in common that we should make our own.

So here I would like to compile the most valuable habits of successful people for you. I'm sure that whatever you're passionate about, they will make you more successful.

Notice: This article has little to do with sustainability, I know. But the tips and habits help us all to achieve our projects (for example, in the commitment to environmental protection) faster.

10 habits of successful people that can enrich your life

Exercise, eat healthy, get plenty of sleep, get up early... these are quickly said habits that are an important basis for long-term success in life. But the tips I'm about to share with you go beyond that. Let's go!

You have goals in life? Then write them down. Whether short, medium or long term. It doesn't matter! If you want to successfully complete a project or a challenge, you must constantly have the goal in mind.

Or do you have an idea that adds value for you, our environment, animals or other people? Then write it down. No matter what comes to your mind. When you put your thoughts in writing, you really free yourself from unnecessary stress - without anything being forgotten.

2. focus on producing instead of consuming

Successful people focus on producing rather than consuming when they enjoy free time. That doesn't mean you can never watch another movie - but the Focus should be on the further development of one's own skills or a desired goal fulfillment. Instead, read a book on a new topic for an hour every day before you go to sleep. Focus on your personal growth - this is a habit of successful people.

3. spend time with other successful people

You are the average of the people you spend most of your time with. If you spend every free day with drug addicts or gambling addicts, it probably won't be long before you develop an addiction yourself. If you regularly surround yourself with successful people, you will be more successful yourself.

A habit of millionaires is therefore, for example, also regular Networking. In addition, almost all successful people have a Friend or mentorwith whom they can exchange ideas about their goals and from whom they can also learn a great deal.

4. see criticism as an opportunity

Very few self-made millionaires consider criticism to be a bad thing. On the contrary: criticism taken seriously is the breeding ground for long-term success. A promising habit is therefore, Request feedback for own ideas and activitiesto find out where further potential for improvement lies dormant. Nobody does everything perfectly - but it's great to get a little closer to that status all the time.

5. use a calendar for organization

Not only thoughts and goals, but daily appointments and plans can be written down. It's best to collect and organize them in a (digital) calendar. This also helps you stay calm when your head starts to burst with appointments. Successful people also use a calendar to set reminders and get closer to their goals, step by step.

At first glance, taking breaks does not seem to be one of the typical occupations of successful people. But Bill Gates, for example, is one of the billionaires who once a year takes a whole week (Think Week) take time in isolation to reflect and find out if they are still on the right path to achieving their goals.

Successful people also basically take the time to gain new energy and recharge their batteries to achieve their goals.

7. going new ways that not everyone does

Do you know how the idea of the shopping cart came about? The owner of a small grocery store noticed that people were coming to the checkout with their hands full - and that they simply couldn't carry any more purchases. To get people to buy more, he provided shopping carts. But no one knew what advantage they had. It wasn't until he paid volunteers to drive around the store for days with a full shopping cart that the behavior was adopted by the other customers (by habit).

What I'm saying is that successful people don't go with the flow and jump up when there's hype somewhere. They do things that are different than usual - and think "around the corner".

8. they engage voluntarily in society

We agree that it is possible to be financially successful even with a company that exploits people or harms the environment to an extreme degree, isn't it? Of course, that is not our goal - but fortunately, such companies are not successful in the long run either. Fortunately, one of the habits of many steadily successful people is to also Knowing the other side of the coin. A portion of empathy and respect that is necessary for long-term success is provided, for example, by voluntary work with social organizations - or in lower-ranking positions in one's own company. So many entrepreneurs in particular broaden their horizons - and can thus make decisions that benefit not only themselves.

Successful people are flexible and open to new things. They do not grumble for a long time, but constantly adapt their plan according to new circumstances and findings. After all, you can't think negatively and expect positivity. That simply doesn't work. Destructiveness would only have the corrosive side effect that nothing new would come out of it.

10. you set clear goals and pursue them

When is one actually successful? I think you're successful when you can do the things you set out to do between the time you get up and the time you go to sleep. As mentioned earlier in the text, one of the habits of successful people is that they set clear, measurable goals that they pursue every day. Their actions lead them steadily closer to the point where they reach them. As long as the goal makes sense, they don't give up.

Habits of successful people to take to heart for own success

It is no coincidence or luck when someone achieves success through their own efforts. Whether you become a billionaire or a millionaire, convince 100 people to become vegan or 10 days at a stretch cold showered has - in the end, successes - whether small or large - are the merit of one's own willpower.

I hope that with these habits of successful people I could give you additional inspiration for your goal achievement. Do you have any questions or other habits worth emulating? Then feel free to write me a comment.

PS.: Many strive for financial success. Be sure to check out the post on "Saving money through sustainability" to find out why a sustainable lifestyle is anything but expensive.