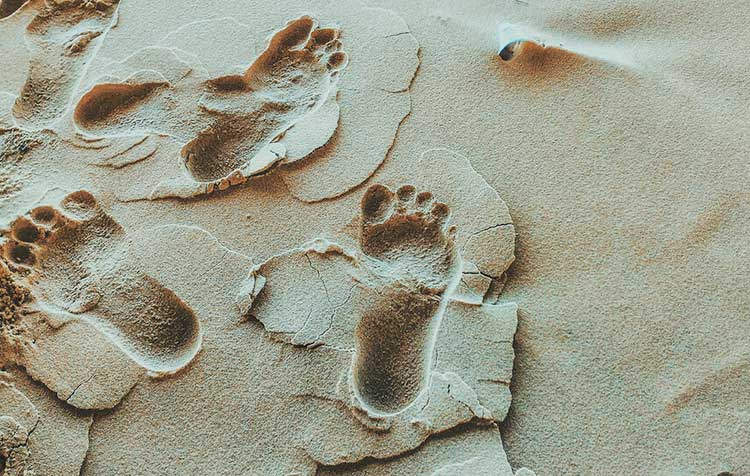 Resource sand - opportunity and threat at the same time

Sand has been a star among natural resources since the invention of reinforced concrete in 1867. Construction sites all over the world would stand still without this inconspicuous raw material. Sand mining is both an opportunity and a threat. In this article, I would like to explain the background to global sand mining and its consequences for our nature and us humans in more detail.

What types of sand are there and how is sand formed? Geologists distinguish sand according to grain size. Everything larger than 6.3 centimeters is called stone. Sand is grains between 2 and 0.063 millimeters. Builders are primarily interested in the structure of the grains. Only sea sand is suitable for the production of concrete: unlike desert sand, it is angular and thus adheres to the cement. This is the reason why even desert state Dubai has to import sand. Thus, the high demand for sand is mainly for sea sand. And the excessive consumption can not last long.

How is the sand formed?

Sand is formed by the weathering and erosion of rocks in the mountains and is then transported by rivers towards the sea. Along the way, the grains face all kinds of obstacles: 845,000 dams worldwide keep up to 25% of the sand from ever reaching the seas. Another 25% of sand is already intercepted at riverbanks. Sand takes 100 to 1,000 years to reach the sea. Here, so-called dredgers are waiting, which can extract up to 600,000 tons of sand per day. The sand is then transported all over the world.

We have too little sand

Sand is becoming scarce. According to a study by the UNEP₁ (United Nations Environment Programme), over 40 billion tons of sand are currently being consumed worldwide. The main consumer is the construction industry: In 2012, it is estimated that just under 30 billion tons of construction sand were used to produce concrete - enough material to build a wall 27 meters high and 27 meters wide around the equator. Concrete consists of Water and cement to 2/3 sand. Buildings, in turn, also consist of 2/3 concrete. This explains why construction projects require an astonishing amount of sand: even an average single-family house already consumes about 200 tons of sand. In the last 30 years, sand demand has already increased by 360% and it will continue to grow - driven by population growth and increasing urbanization.

Nothing works for us without sand. Sand is needed, for example, for the production of jeans and glass. And sand is also found in our smartphones, computers (see also article Dispose of electronic waste correctly) and also in ceramic products. But the high demand for sand as a resource does not remain without consequences, of course. The global scarcity of sand has devastating consequences for both the environment and wildlife, as well as for us humans ourselves.

Land loss is a growing problem of sand mining. Globally, 75% to 90% of beaches are in retreat.

The enormous sand mining also weakens the infrastructure, as it exposes the foundations of bridges. There have already been incidents where bridges have collapsed because of this. Sand mining on beaches and on the seabed damages the entire marine ecosystem. Sand dredgers not only destroy the habitat of marine animals, but also interfere with the food chain: When the sand is mined, even tiny creatures get caught in the "sucker" - creatures that are the basis of food for marine animals ranging from plankton to dolphins.

The increasing scarcity is making sand more and more expensive and has now led to a boom in the black market. In numerous countries that have sand reserves, illegal organizations have begun to mine and sell sand - at the cost of human lives. In India, for example, locals dive to depths of 15 meters, sometimes without equipment, to remove sand with a metal bucket.

Sand mining consequences at a glance

Some of the consequences of sand mining and sand shortages are summarized here:

"We build the world as we like it." - This or something similar could describe the way rich countries, such as the United Arab Emirates, deal with sand as a resource. Although sand production rates in Europe and North America are high, the biggest consumers of sand are the fast-growing Asian countries. This is where the megacities of the future are being built. From sand. Dubai needs sand for the construction of artificial islands, as it is cheaper than acquiring land on the mainland.

And the financial center of Singapore also depends on sand. The island state is not only one of the most populous countries, Singapore also ranks first in terms of per capita sand consumption. Per capita, 5.4 million tons of sand are required.₂ Sand is needed both for land reclamation and for the construction of housing and infrastructural facilities. Singapore's land area is already 1/5 larger than when it was a British colony in the 1950s. The government supports further land reclamation plans, which require gigantic amounts of imported sand: It wants to grow by another 100 km2 by 2030.

High demand for sand in Singapore

The demand for sand is high. The city-state authorities cannot or will not explain the significant discrepancy in the statistics. Land reclamation is made possible primarily by massive imports from Malaysia, Cambodia and Vietnam, which, however, have officially stopped exporting because of their own sand shortages. The statistics₃ of Cambodia, for example, also show this: while they still exported 377 thousand tons to Singapore in 2011, this amount was reduced to 11 thousand tons in 2015. Singapore's authorities, however, continue to report strong sand imports from Cambodia.

The increasing danger to people and nature from sand mining requires measures and alternatives. At the Vienna University of Technology, for example, research is being conducted into how resilient original raw materials such as clay or renewable materials such as wood or straw are. As a test, they built a wooden house that was steamed with straw and covered with clay to prove that this can be a sustainable building method without sand. Another opportunity is recycling construction waste or glass. There are 50 million tons of construction waste in Germany, of which 80% can be recycled. Sand is also used in the production of glass. When used gas is recycled, particles are left behind, which in turn can be used to make concrete.

In addition to alternative construction methods, we as consumers can also rethink and adapt our use of the unrecognized hero, sand. On the one hand, we should extend the service life by long-term Reuse of products to the maximum and choose second-hand goods when buying "new" items. In this way, we produce fewer goods and can save sand. We also need to limit individual traffic so that we have to build and repair fewer roads. In order to use petroleum to power cars (see also article Live car free), it is extracted by fracking with the help of sand. Energy-saving measures not only save EnergyThis reduces the need for power plants and dams, which are built of concrete and thus sand.

Yes, we have a sand problem

For the time being, there are no signs that the construction boom will slow down in the near future. However, the effects on the environment and nature are demonstrably drastic. We urgently need alternatives and a conscious approach to sand as a resource. After all, what would happen if our children could no longer build sand castles on the beach? I look forward to your questions, suggestions and own experiences with the resource sand in the comments.

PS.: In the Environmental protection blog you will find many more articles about resources like sand or e.g. also Cork. Another major environmental problem is the Plastic waste in the environment. I would like to help you produce less waste in everyday life and therefore give you my Plastic free e-book, which you can download here for free.