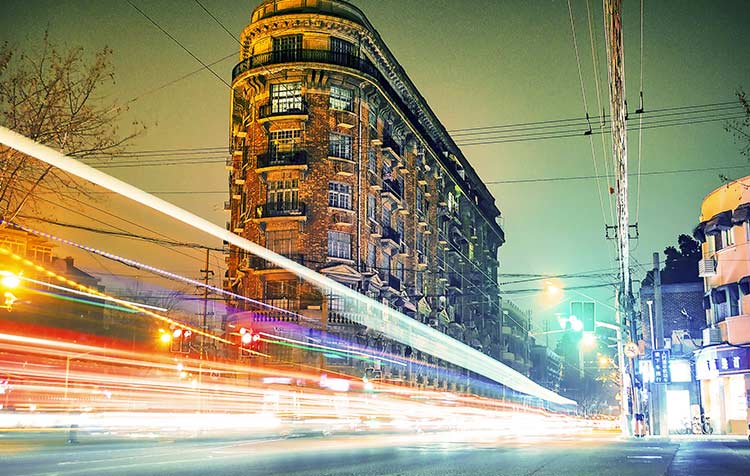 Light pollution - What exactly are light emissions and light smog?

What is actually understood by light pollution? If you are asking yourself this question right now, you are absolutely right here! Whether through street lamps, in the home or on neon signs - for most people, the existence of artificial light sources is now a matter of course. Electric light ensures that we can see something even in the dark. We also feel safer when we are out and about at night.

However, the earth is getting brighter and brighter, so that there are fewer and fewer places that are completely dark. Unfortunately, only very few people think about the fact that the annually increasing light emissions have serious consequences for ourselves and for our environment.

In this article, I would like to explain everything you need to know about light pollution. From the definition, causes and consequences, to the solutions. Let's go!

Definition: What is light pollution?

The term light pollution (also called light smog or light contamination) refers to the Brightening of the night sky by artificial light sources, which results in the absence of complete darkness in the affected regions. The light from electric lighting is scattered into the atmosphere, which negatively affects the environment. This is another reason why light emissions are considered pollution from artificial light.

And what is natural light? This is, for example, the light of the sun and the stars - that is, all the light that is not artificially produced by us humans.

Statistics: What facts and figures exist on light emissions and light smog?

So we humans generate a kind of "light garbage". But how bad is the problem really? To get a better understanding of this, I would first like to give you some scientific facts and figures about light pollution:

Causes: How does light pollution occur?

Human influence is therefore not only making the earth warmer (keyword Climate change), but also even brighter. But how exactly do we cause light emissions? The answer to this question could be an endless list of light sources - I would like to spare you that. Instead, I'll present the most important causes for the increasing light smog.

The electric Lighting becomes more and more effectiveso that considerably more light can be generated with the same power consumption. The lower power consumption leads to the installation of even more or and even brighter lighting. (Rebound effect)

For the most part Light sources not shielded well enoughso that they not only illuminate the object or environment to be lit, but also shine in all directions in an uncoordinated manner. Even where no light is needed at all.

Advertising has to stand out. That is why more and more digital advertising displays, neon signs, showcases and city light posters the cities. Spectacular light projectors and projections are also used (for example, at festivals).

Expansion of residential areas and infrastructure

In new residential areas provide not only the houses and apartments, but also the installation of additional Streetlights and floodlights for additional light - in places where it was previously quite dark. In the same way, the expansion of industrial areas also requires corresponding, new lighting.

It is not only the streetlights that brighten up the planet in the dark, but above all the Headlight and lighting of our vehicles.

Especially during the Christmas season, the houses, streets and cities shine especially brightly, as the Christmas decorations with all the Light curtains, light chains and illuminated figures is brought out of the cellar.

Can you think of other causes of light emissions? Then feel free to write me a comment with your reference.

Consequences: How does light pollution affect us humans and the environment?

Apart from the fact that the illumination of streets, buildings and advertising displays require vast amounts of energy - how does it affect the environment when the nights are no longer dark? And to what extent do we humans even harm ourselves with it?

Here I present you now the main consequences of light pollution.

Nocturnal insects orient themselves in the darkness by the weak light of the stars. But now that the animals are attracted to the much more intense, artificial light of streetlights or buildings, they leave their usual habitats. They either burn up at the hot lights, wander around them to exhaustion, and are generally concentrated, as if on a silver platter, easy prey for insect predators. This is another reason why light pollution is considered one of the main causes of insect mortality.

Ships, bridges or jetties are also often strongly illuminated, which also affects the underwater world. For example Fishsuch as salmon or eels, are disturbed by the light sources during their spawning migrations. In addition, the light of the port cities also irritates Sea turtles.

Also Migratory birds are disturbed by the artificial lighting at night, so that they fly other routes and lose a lot of power unnecessarily. Last but not least, the light even affects the mating behavior of many animal species.₂

The chronobiological rhythm of plants is also affected by increasing light emissions. Your natural growth cycle is disturbedso that they are more susceptible to weather damage, for example. This in turn has further negative consequences for wildlife.

Consequences for us humans

Our day-night rhythm gets confused by the artificial light. As a result, we find it much harder to fall asleep, for example. Normally our body secretes the sleep hormone melatonin in the darkness - but the brighter it is, the less can be produced and the worse your own sleep.

Our internal clock no longer works as usual. This has health consequences, because it mainly affects our well-being, our rest and our ability to concentrate.

Tip: To Sleep betterYou should sleep in complete darkness and, if possible, not sit in front of the flickering TV in a completely lit apartment in the time before.

Have you ever asked yourself why you actually hardly see any stars at night in the big city? Above cities such as Cologne, Berlin, Munich or Hamburg there is a large, artificial light bell in the natural darkness. This light pollution ensures that only a small fraction of the 3,000 - 4,000 stars visible in complete darkness are visible.₆ This probably has no health effects, but it is also a consequence of excessive human light emissions.

Solutions: What can each of us do about light pollution?

Basically, you can stop air pollution by turning off artificial lights. Relatively logical, isn't it? However, we humans can't just live in complete darkness from one day to the next. Nevertheless, there are some tips that anyone can implement to significantly reduce their own light emissions:

Light pollution - A man-made problem for humans and the environment

In everyday or public discussions, we now fortunately very often talk about the Environmental problems of our time. However, light pollution is still rather rarely one of them. It is important that this changes and that we take the problem seriously. Because the bright light in the darkness has serious consequences for wildlife, for plants and especially for ourselves.

Let's learn to live with as little electric light as necessary - and if possible, to get up with the sunrise and go to sleep with the sunset. That is by far the best remedy against light emissions.

I hope this article has shed some light for you. Do you have any questions, suggestions or your own experiences with light pollution that you would like to share? Then I look forward to your comment.

PS.: A somewhat better known environmental problem is the Air pollution. I've put together a detailed blog article about that, too, with causes, consequences, and solutions. Have fun!