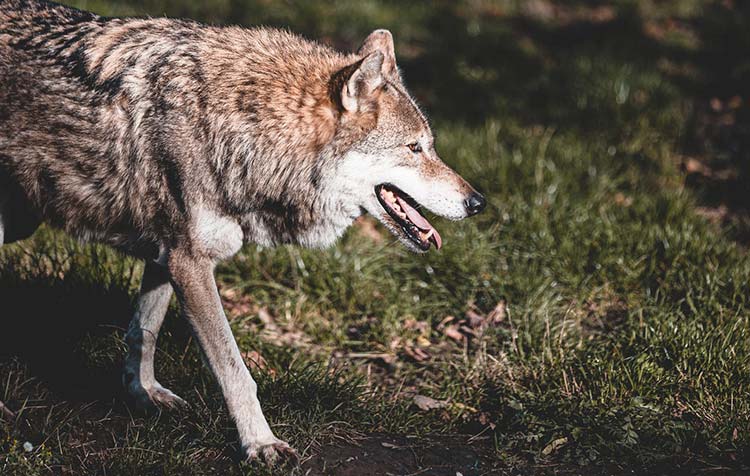 Looking for meaningful Wolf statistics? Then you will find it here! Since the year 2000 wolves live again in Germany. A circumstance that polarizes. Many people are happy about the return of the predator during the global species extinction - others again are afraid of the animal or for their own existence. Out of the emotion, it comes in the consequence again and again once to false assertions or errors.

In this article I would like to give you the most important statistics, facts and figures about wolves. From populations, to wolf attacks and deaths - to the acceptance in the population. Let's go!

My please: If you use any of the furry statistics from this post on the internet or elsewhere, please cite the following source. Thank you so much for your support!

Statistics on the occurrence of wolves

How many wolves live in our country and elsewhere on earth? First of all, I will present you some general information and wolf statistics about the population and the occurrence in Germany and the world:

Facts and figures on wolf depredations

How many animals have been killed by wolves in Germany? Here you can find meaningful facts and figures on wolf killings:

Statistics on the attacks of wolves on humans

How often have humans been attacked by wolves? And how high is the probability of being attacked? Also for this I would like to give you some wolf statistics worth knowing on the way:

How many ToDfindings of wolves in Germany are there?

How many wolves were found dead? And why did the animals die? The Federal Documentation and Advisory Service on the Wolf (DBBW) has detailed statistics on the causes of death of wolves in Germany₁₅ led:

How fast do wolves reproduce?

Of course, I would also like to talk about the growth of the wolf population. Especially because many people believe that we will eventually be overrun by wolves:

Social acceptance of the wolf in Germany

What do people in Germany think about the wolf? There are also meaningful statistics on this:

Use statistics about wolves for educational work!

The wolf statistics show it: basically no one has to be "afraid of the bad wolf". We should rather learn to live with him. I hope that I could paint you with the facts and figures a detailed picture about current populations, events and the general opinion about wolves in Germany and the world.

Do you have questions, suggestions or other exciting statistics about wolves that should not be missing here? Then I'm happy as always about your comment!

PS: Have a look at the statistics blog. There you will also find the most important Facts and figures about the fur industry.

₁ Saxon State Office for the Environment, Agriculture and Geology: Wolf occurrence in Europe and worldwide, available at https://www.wolf.sachsen.de/wolfe-weltweit-4425.html. [12.08.2021].