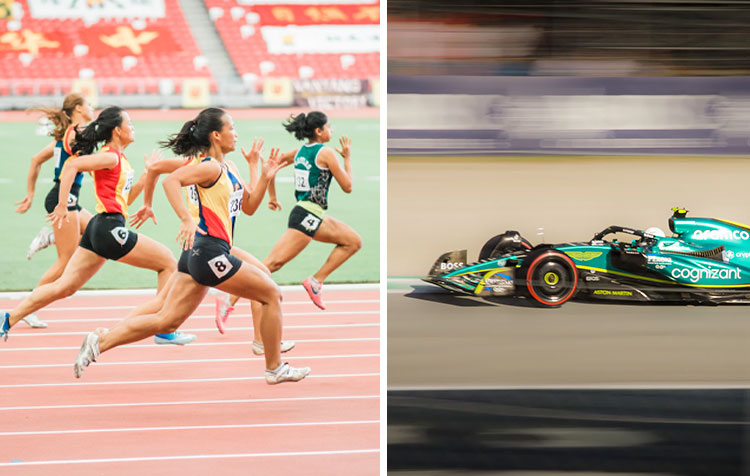 Sportswashing - What does it mean?

What is sportswashing, anyway? If you are looking for a clear answer to this question, you are absolutely right here. Sport helps us to reduce stress, to stay healthy and fit and to be happy. It is fun and is able to inspire millions of people. Whether it's soccer, basketball, handball, motor sports, ski jumping, track and field or American soccer - major sporting events in particular have an incredible appeal that doesn't stop at national borders. It is precisely this characteristic that corrupt or authoritarian regimes use to polish up their image.

In this article, I would like to give you everything you need to know about sportswashing. From the definition, motives and examples, to possible solutions. Let's go!

Definition: What is Sportswashing?

Countries or companies that engage in sportswashing attempt to enhance one's own reputation with the help of the positive image of a popular sport. The aim is for the approval, attention and, not least, enthusiasm for a sports event to be transferred to the organizers.₁.

The now firmly established term is a combination of the self-explanatory word "sport" as well as "whitewashing," which means as much as Whitewash means. Similar to the Greenwashing (Attempt to gain a "green image" through marketing and PR measures) one tries to make an actually bad thing look as good as possible.

Background: For which goals are sporting events exploited politically?

It is primarily autocratic states, such as Russia and China - and also the Gulf states Saudi Arabia and Qatar - that engage in sportswashing. The latter are particularly rich, not least because of their huge gas and oil reserves, and thus also particularly powerful and influential. In Islamic, authoritarian regimes, however, other rights prevail that are far removed from the basic democratic values we exemplify in the Western world. There, for example Religious freedom, gay rights or women's rights trampled underfoot. They are either limited or simply non-existent.

Therefore, one would like to report on corresponding human rights violations to the euphemistic, friendly and cosmopolitan veil of a bought sports event and improve the reputation in the world in this way, while changing nothing about the inhumane deplorable conditions.

Examples: Who is sportswashing - and how?

You organize a big sporting event and people forget all the ills of your country or organization. Does it really work that easily? In fact, there is something more to it, especially system! The longer they are involved within a sport and make a name for themselves, the more dependent the respective sport is on them - and the higher is also the social acceptance despite human rights violations.

Here are a few of countless examples that show in more detail how countries use sporting events to give themselves a clean image.

Purchase of a sports club

Sponsorship of a sports team

Solutions: What can be done about sportswashing?

The solution can only lie in threatening, social acceptance of sportswashing to be criticized more and more. It is important not to gloss over the euphemistic attempts at image polishing.

Measures against corruption for example, are a suitable political tool. Consumers, on the other hand, can be protected by a Boycott can stand up for not accepting human rights violations and other social ills. Personally, from these and some other reasons not to watch a match of the World Cup in Qatar.

Can you think of other ways to do something about sportswashing? Then I look forward to your comment!

Personally, I find the motives of the countries addressed simply far too obvious to be happy about, for example, a goal by the German national team at the World Cup in Qatar. Inhumane working conditions, exploitation, thousands of deaths during the construction of the stadiums, hatred towards homosexuals, oppression of women... all these abuses would be accepted by turning a blind eye and cheering.

I really hope you were able to take away something from this post about sportswashing. Do you have any questions, tips or do you know of any other instructive examples? Then just write me a comment below this article.

PS.: Do you actually know what Conspiracy Theories and how they work? I explain it to you in the linked article.

₂ M. Rosenberg: Sportswashing - Why Regimes Exploit Sports for Their Dirty Purposes (as of Apr. 12, 2022), available at https://www.sportsillustrated.de/mehr-sport/sportswashing-warum-regime-den-sport-fuer-ausnutzen. [11.11.2022].