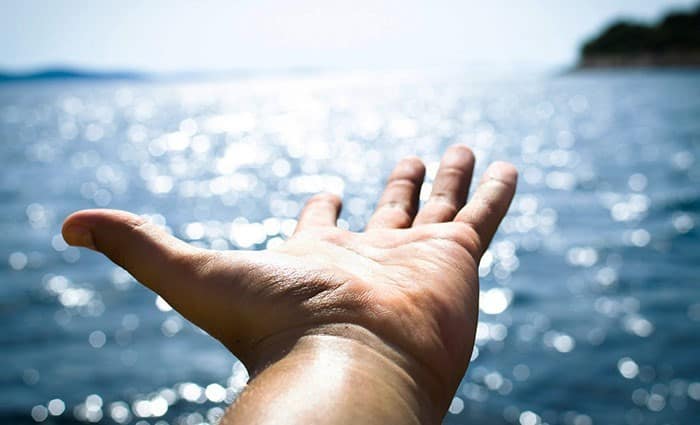 Today I was with Frank Schweikert for an interview about Plastic waste in the sea arranged. He is Board of Directors and Founder of the German Ocean Foundation and, in addition to his commitment to combating plastic waste in the sea, also fights against fish poaching and Species extinction. In the following interview, he explains how the German Ocean Foundation works and ventures a look into the future of our oceans.

Hello Mr. Schweikert. Could you briefly introduce yourself and the German Ocean Foundation to our readers?

The German Marine Foundation wants to bundle the numerous and very different initiatives for the protection and sustainable development of the oceans in Germany under one roof and thus develop them into a stronger voice towards and with industry and politics. The oceans are the future for mankind on planet Earth and it is important that Germany does not lose touch with this issue and contributes its competences, especially in the field of marine research and marine engineering, for a sustainable and protectable future of our oceans. With a national dialogue across the different departments, the German Ocean Foundation wants to bundle competences and communicate and strengthen the topic especially towards the youth and in all educational areas.

Which projects and which topics are the focus of the work of the German Ocean Foundation?

The German Marine Foundation relies on the dialog between the numerous stakeholders. For example, at the world's largest water sports trade fair, the foundation is curating an interactive action stand with a stage program on current innovative and sustainable marine projects for people to experience and touch. In all German states, the Foundation launches a cross-state dialogue with the aim of identifying all national marine stakeholders and welding them together into a strong community and setting accents. The numerous political declarations of intent, such as the "Development Plan for the Sea", must urgently be translated into concrete action.
The focus of the activities is the Federal Youth Sea Competition, which has been promoting talented student teams with their own research ideas on the research and media chief old Bahrain since 2005 and communicating this to the public via various media and the studio available on board.

How does the German Ocean Foundation Overfishing, plastic waste and other problems?

Problems often result from a lack of mutual understanding and ignorance. For this reason, the German Ocean Foundation offers a platform for dialogue, for example for the fishing industry in cooperation with the scientific community. There is still far too much knowledge that cannot be implemented by society because it is often in a language that is not sufficiently understood. The topic of plastic waste is an integral part of all of the foundation's renowned initiatives and an ongoing topic in our marine competition "Research at Sea".

How can each of us support the German Ocean Foundation?

The German Marine Foundation is a social initiative that depends on all kinds of support. Our projects can only be realized through external funding. However, we are also very grateful for any form of personnel support.

Paint us a picture. What will our oceans look like in 20 years?

Basically, man needs the oceans and not vice versa. Humans would therefore do well to change their actions as quickly as possible to sustainable economic forms in order to preserve the oceans in their current form. Especially due to climate change and the resulting acidification of the oceans, it is still completely unclear what the oceans will look like in 20 years. It could be that through ocean acidification, the entire currently known Food chains will collapse. The oceans will find new ways to organize the cycle of life. However, it may be that humans can no longer profit from the oceans (for example by fishing) because they have destroyed this food source themselves over many years in various ways and against their better knowledge.

Clear closing words. Thank you very much for the pleasant conversation.

I think it is extremely important that such foundations and all other aid projects for marine protection receive even more support. We all enjoy the tranquility of the sea and the life that the sea gives us. The sea covers 2/3 of our earth and provides us with about half of the oxygen we breathe. 1/3 of the CO2 we produce is reabsorbed by the oceans. We all know how valuable the oceans are to our lives. Greed and ignorance all too often ensure that we do not always keep the value of the oceans in mind. That's why I'm all the happier that projects like the German Ocean Foundation exist!

PS.: I also met with Dr. Bernhard Bauske. Here it goes to the Interview with the plastic waste expert from WWF.