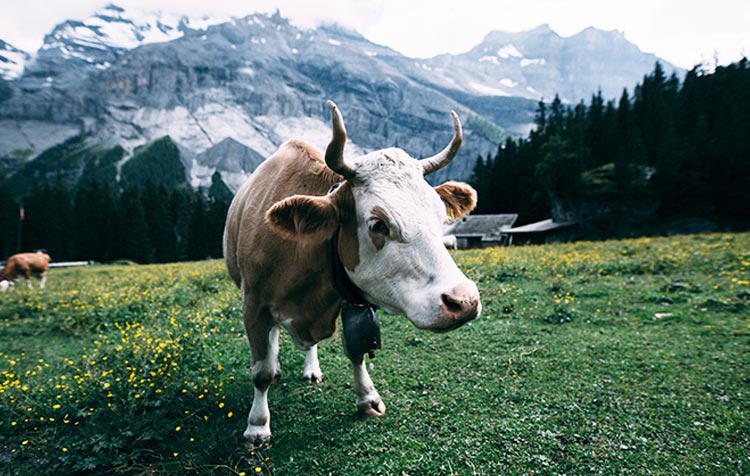 The 10 best documentaries about sustainability

You are looking for a Documentary about sustainability for the next movie night? It doesn't always have to be an action movie. In this article, I'll introduce you to the 10 best documentaries about sustainability that will give you a new perspective on what's happening on our planet. Have fun browsing through them!

As in our article Live car free you probably know that car exhaust fumes are bad for our environment. But not so many people seem to know that cows are just as bad for our environment. Cowspiracy uses drastic scenes to show how much the meat industry is harming our planet and how Nutrition and environment are related. The meat industry produces more emissions than all the other culprits combined. The film was funded entirely through crowdfunding on Indiegogo. By the way, the lead producer of the documentary was none other than Leonardo DiCaprio.
The film is available here: You can watch the documentary on sustainability on Netflix, as well as online at Cowspiracy.com, Amazon*, iTunes or Maxdome.

5 euros for a shirt, 12 euros for a new pair of jeans. Nowadays our clothes are getting cheaper and cheaper, but the quality is decreasing. Most of the time, we consume too much clothing every day without much thought. The documentary "The True Cost" is about the fashion industry of today. The documentary shows where our clothes really come from and what price the workers in developing countries have to pay for them. The future runs on sustainable fashion out.
The documentary is available here: The documentary film about sustainability can be purchased for 10 euros on the website. You can also find it on Amazon* and iTunes. It is also included in the Netflix and Sky flat rate.

Director Markus Imhoof's award-winning film "More than honey" shows the consequences of the slow death of bees. The death of bees on our planet is a problem that we can no longer ignore. Due to the fact that nowadays we can even talk about mass farming of bees, the bees are getting sicker and sicker and dying earlier. One more reason for a bee friendly garden. In some regions of China, all the bees have already died out. There, the flowers are now laboriously pollinated by human hands. To avoid the same fate, we urgently need to find a way to protect our bees.
The documentary is available here: The documentary on sustainability, "More than honey," is available online at the film's website. You can also watch it on Amazon*, Maxdome, iTunes and Google Play.

The 2010 documentary Plastic Planet brought a lot of attention to our society's garbage problem. It was also through the film that we became aware of the plastic free lifestyle attention. Werner Boote's documentary on sustainability takes us back to the beginnings of plastic consumption and finally travels back to the present, in which Plastic was already an integral part of everyday life. With interesting footage and interviews, he shows the advantages and disadvantages of plastic and clarifies what impact plastic really has on our environment.
The film is available here: The documentation about the Plastic waste in the environment you can find on Amazon*, Itunes and Google Play.

Another film by Leonardo Dicaprio in which he addresses climate change. For two years, Dicaprio traveled the world to talk to scientists, politicians, entrepreneurs, activists and other personalities about the issue. "Before the Flood" highlights ways in which we can combat climate change one piece at a time. Because each of us can do certain Climate protection tips in everyday life Apply
The film is available here: You can watch the documentary about sustainability on YouTube, Amazon*, iTunes, Google Play or Microsoft buy. In addition, the film is included in the Netflix flat rate.

How to change the world

In 1971, a group of people sails toward Alaska to disrupt a nuclear test, changing the world forever. Nowadays, everyone is probably familiar with the non-profit organization Greenpeace. However, hardly anyone knows the organization's impressive background story. In the sustainable documentary "How to change the world" you can experience the beginning and the development of Greenpeace. This documentary about sustainability gives hope that even a very small group of people can change the world. Change world can.
The documentation is available here: "How to change the world" can be found on Amazon*, Maxdome, Itunes and Google Play.

The documentary "Food Inc" criticizes factory farming and the monopolization of our food. "Food Inc" shows how the population is blinded by the illusion of the alleged variety in the supermarket. The film became so successful that Monsanto even created its own website to accompany the documentary. (Note: In the article Reduce food waste, matching valuable tips)
The documentary is available here: You can buy the documentary about sustainability in the food industry on Maxdome, Itunes and Google Play. In addition, the film is available in Amazon Prime* included.

Virunga is an exciting documentary about sustainability produced by Netflix. French journalist Mélanie Gouby and several park rangers try to protect Africa's oldest national park. The park is the last habitat of the endangered mountain gorillas and a UNESCO World Heritage Site. The rangers' challenge is to protect the park from militias and poachers. An even greater threat to the World Heritage Site is the efforts of the oil company SOCO International. The company is trying to explore for oil deposits in the national park.
The documentary is available here: Since it is an official Netflix movie, the documentary can only be found on Netflix.

In the documentary "Tomorrow," actress Mélanie Laurent and French activist Cyril Dion travel through 10 different countries to find projects and initiatives to improve the world. In exciting interviews, they talk to experts about sustainability, democracy and economics. The documentary about sustainability shows the solutions of mankind to avoid an ecological collapse.
The documentation is available here: You can watch the sustainable film "Tomorrow - The world is full of solutions" at Amazon*, Maxdome, iTunes and Google Play.

Documentaries about sustainability are a great way to become more engaged with the questionable happenings on our planet. The films train you to question things that we have long become accustomed to. I hope you enjoyed the documentaries about sustainability and were able to find a suitable documentary for your next movie night among the selection.

Which documentaries about sustainability do you think are still missing from the list? Write them down in the comments below and I'll include them in the article.

PS: In the article The 10 best books about sustainability you will find great books about Zero Waste, natural life and so much more.