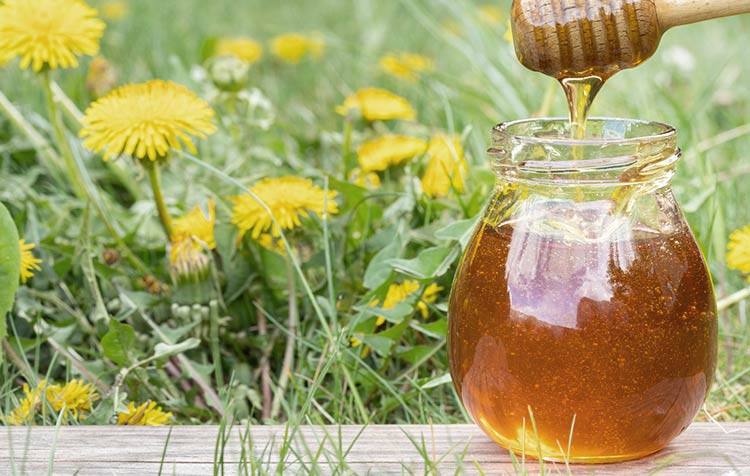 Make dandelion honey yourself - it's that easy!

You want to make your own dandelion honey? This is a really strong idea! Whether you're looking for a vegan alternative for honey, just want to try something new, want to end the exploitation of animals or want to get involved against the dying of bees - here you get the right recipe for it!

Learn now in this article, which ingredients you need and how you should proceed to make your own syrup or honey from dandelion!

Tip: Dandelion honey could also be called sustainable lifehack of our grandparents call. Because even they often made this alternative themselves, because classic honey from honey bees was much more expensive at the time.

What ingredients do I need for honey from dandelion?

Fortunately, it takes very few and especially inexpensive ingredients to make your own vegan honey from dandelion. For a liter of dandelion honey (just convert it as needed) you need basically:

Tip: By the way, another alternative to honey is Marigolds honey. The you get here*.

How should I proceed in the preparation of dandelion honey?

If you want to make your own dandelion honey, now you already know the ingredients for it. Then let's go straight to the instructions for your home-made honey alternative. Don't worry: it looks like more effort than it actually is! Just proceed as follows:

The homemade dandelion honey now has a shelf life of forever because of the sugar content.

Too liquid? Then you should let your liquid boil a little longer. Because the longer you boil the dandelion honey, the firmer or harder it becomes.

A simple recipe that everyone should try once, right? Now your homemade honey from dandelion flowers should be ready and bottled. In my opinion it comes very close to the real bee honey not only visually but also in taste.

Did this tutorial help you and did everything work out? Either way, I look forward to your feedback, experiences and suggestions for improvement in the comments.

PS.: You want to know, why i live vegan? Then just look at the linked post now.