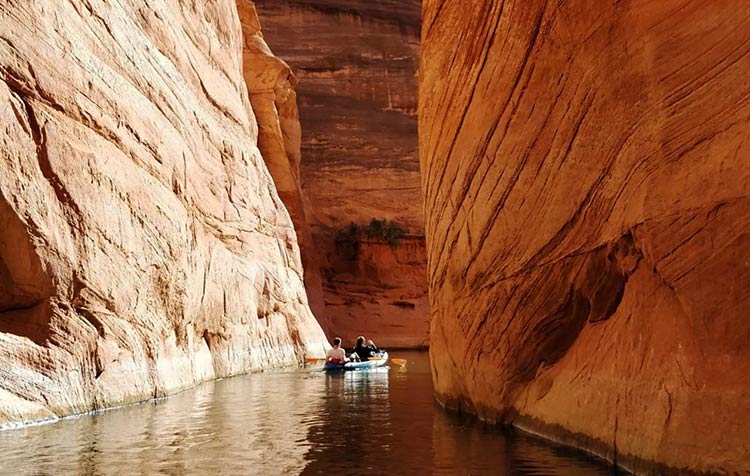 Time to give you some unusual destinations to imagine. Everyone knows the Eiffel Tower in Paris, the Statue of Liberty in New York or the Tower Bridge in London. Millions of tourists flock to these landmarks every year to take pictures and buy expensive Souvenirs to buy. The most exciting travel experiences, however, are provided by untouched nature: pink beaches, alien-looking mountain landscapes and gigantic, colorful geysers. In this article I have summarized for you ten most extraordinary destinations that definitely belong on any list of the most natural and extraordinary travel destinations.

The Rio Celeste is a spectacular turquoise river. It is located in the Tenorio National Park in Costa Rica. According to the legend told by the inhabitants, God washed his brush in the Rio Celeste after creating the earth and painting the sky. Scientists, on the other hand, claim that the unique color comes from a mixture of sulfur and calcium carbonate that enters the water from the nearby volcano. The surroundings of Rio Celeste are also well worth seeing. Nestled in lush vegetation, the blue river meanders through the rainforest. In the immediate vicinity there are several hot springs and waterfalls. A truly exceptional destination and (still) a real insider tip!

Antelope Canyon is located in the southwestern US state of Arizona. It got its name from the pronghorn antelope that used to live in the area. Antelope Canyon is a so-called "slot canyon". Slot canyons are gorges formed by spring floods. Whenever the nearby Lake Powell was flooded by heavy rains, the water made its way through the rock. Over millions of years this canyon was formed.
Antelope Canyon is especially known for the "beams". These are columns of light that fall into the canyon from above and provide a spectacular light show. Definitely worth a visit and number two on our list of extraordinary destinations!

The Tsingy de Behamara on Madagascar is a national park on the western part of the African island. In 1990, the entire natural area was declared a UNESCO World Heritage Site, and rightly so: the landscape offers untouched world and a rich variety of flora and fauna.
In the language of the Madegasses, Tsingy means "walking on tiptoe". The reason for this unusual name becomes clear when you advance to the center of the park: On a wide plain, thousands of razor-sharp stone spires rise into the sky, some as high as 130 meters!
These fascinating rock formations were created about 200 million years ago. The seabed of limestone was pushed up by earth crust displacements and fortme a plateau. Heavy rains hollowed out the limestone and shaped it into its present form. A landscape that is more reminiscent of an alien plateau from a sci-fi movie than of Africa.

In the middle of the Yellowstone National Park in the US state of Wyoming lies this thermal spring shimmering in bright colors. The sheer size of about 75 x 91 meters, the unique color spectacle and the hot steam rising from the center of the basin make for a breathtaking sight. The extraordinary, ever-changing colors are created by single-celled microorganisms that adapt their color to the water temperature. Depending on the content of chlorophyll and caratinoids, the colors range from red-orange to dark green. An extraordinary destination for your next sustainable journey or?
Fact on the side: In 1968, researcher Thomas Brock discovered a microbe living in the extremely hot spring. Since then, research into Yellowstone's microbes has led to major medical and scientific advances, including the sequencing of human DNA!

The desert is an exciting place. Endless emptiness, inhospitable terrain and hardly any living creatures. One might think it is the opposite of what we would call a livable landscape. But there is one thing here that is not in short supply: sand. On the coast of Namibia lies Africa's largest national park, the Namib-Naukluft Park, covering 50,000 square kilometers.
In the namesake Namib Desert, which means "place where nothing is" in German, there are the highest dunes in the world to marvel at. Some are up to 300 meters high (!). These gigantic sand mountains offer a phenomenal sight and thus number five of our extraordinary travel destinations.

Another place that is basically hostile to life is the Salar de Uyuni in Bolivia. At first glance, you might think this dried-up salt lake is frozen over. In fact, however, the white surface is a salt crust formed more than 10,000 years ago by the drying up of the Tauca paleo lake. With over 10,000 m², the Salar de Uyuni is the largest salt lake in the world!
Surprisingly, some flamingo species found only in South America have chosen the dried-up salt lake as their breeding ground. At the edge of the lake, there is also the world's largest railroad cemetery to marvel at.

They really do exist: pink dream beaches that glow in pastel shades of red and make for guaranteed fairytale images. Harbour Island in the Bahamas is probably the most magnificent of them all. The sand gets its hue from a mixture of thousands of tiny shellfish and organisms from the coral reef off the beach. A destination that should not be missing from our list, of course!

Have you ever heard of the Socotra archipelago? Neither had I until recently. The islands are located in the northwestern Indian Ocean and belong to Yemen. The archipelago separated from the Arabian mainland about 30 million years ago. The African, culturally Arabic islands offer an exotic flora and fauna. Unusually shaped dragon trees, which could have come from a fairy tale, and the world's only tree-shaped gourd plants. The islands are populated by Bedouins who still live according to the same traditional way of life as 1000 years ago.
Especially for nature lovers, the island is interesting because of the numerous endemic plant species. Truly a world of its own and an extraordinary travel experience.

In pictures, you could mistake this natural wonder for a Photoshop fake. The sea glitters and sparkles, thousands of luminous blue dots give the impression that the stars have fallen from the sky. The natural spectacle of the "Sea of Stars" can be observed every year on Vaadhoo Island in the period between July and February and is created as follows: Chemical processes are set in motion by movement of the water, causing the single-celled organisms to glow a brilliant blue. This looks particularly spectacular when, for example, a surfer rides a wave and the water glows beneath him!

The Road of Giants in Northern Ireland is also called the "eighth wonder of the world" by the Irish. This epochal stone structure consists of about 40,000, mostly hexagonal basalt columns. Their age is estimated at 60 million years.
The uniform modeling is due to a nearby volcano. During an eruption, the volcano ejected a lot of lava into the air, which slowly cooled down and formed the even columns. The largest among them are up to 12 meters high and thus tower above a single-family house....
Here, too, the inhabitants tell an interesting legend: In Ireland and Scotland lived one giant each, who were at odds with each other. One day the Irish giant Finn Mac Umaill was so insulted by his Scottish adversary Benandonner that he built the dam to challenge Benandonner. However, after its completion, he was too exhausted to fight and needed to rest. Therefore, he thought of a ruse: he disguised himself as a baby and waited for Benandonner with his wife. When he reached Ireland, he was greeted kindly by the woman and invited for tea. Benandonner caught sight of the baby and thought to himself that, given the baby's size, the father must be a real colossus. Fearing the confrontation, he took flight in panic and destroyed the dam behind him.

So that's it for now. It was not easy for me to choose the ten most extraordinary destinations from the numerous breathtaking experiences that our nature has to offer. I hope I could inspire you with this list and wish you a unique experience, should you visit these places.

PS.: Here in the Nature Travel Blog you will find even more inspiration for your next nature experience!

Simon is a freelance writer and copywriter in the fields of psychology, health, marketing and travel. In 2017, he went freelance and has since been writing for the best-known blogs in the German-speaking world. He lives in Vienna.