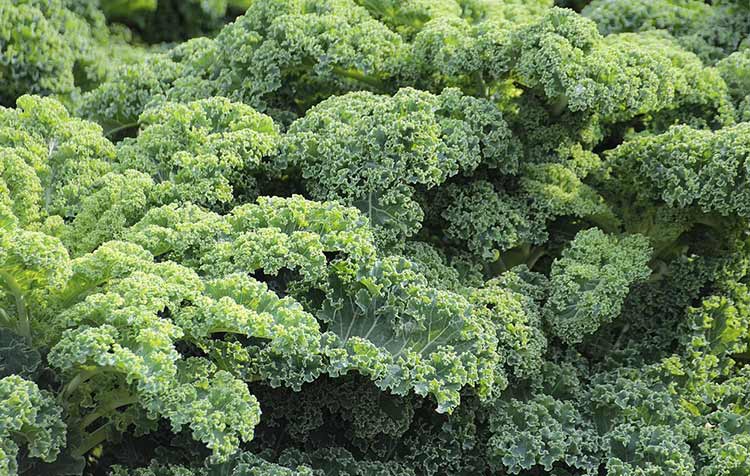 Nutrition and the environment - Healthy food for a good climate

Thank you for being here: because if you landed on this post about food and the environment, you probably care about our planet and are trying to live sustainably. In this post, I want to show you how you can easily and incidentally protect the environment with your diet every day. So what do nutrition and the environment have to do with each other? How high are the emissions and the "water footprint" generated in food production? How much arable land is actually needed for meat? Which foods are sustainable?

With every bite we take, we eat a piece of the environment. The extent to which we protect or pollute our habitat depends entirely on our food choices. Many vegan foods are environmentally friendly and sustainable, especially compared to meat and dairy products.

The difference in raw material consumption between plant and animal foods is enormous. The use of cultivated land, Water and fuels, as well as the CO2-emissions can be greatly reduced by a vegan diet. In the following, we look at the differences in food production in terms of resource consumption, acreage, water and emissions. Nutrition and the environment are therefore closely linked.

70 % of the crops grown are not grown for humans as end users, but as feed for livestock. Crop and pasture land occupies about 30 % of our entire planet.₁ If this land were used to grow nutrient-rich, vegan foods such as kale, buckwheat, hemp, and flaxseed, significantly more people could be provided with more nutrients.

According to information from the U.S. Department of Agriculture, it would be possible to feed 900 million people a vegetarian diet with the grain fed to farm animals. That is 2.7 times as many people as live in the USA.₂

Further, on average, it takes about 16 kilos of grain to produce one kilo of beef.₃ When feeding 100 calories of crops to animals, we get back between 17 and 30 calories of meat.₄ That's like eating 1 kilo of oatmeal and throwing away 2 kilos. That's crazy and anything but sustainable and environmentally friendly. These ratios are frightening when you consider that 795 million People do not have enough food available that's about 10 % of the world's population. According to Welthungerhilfe, a child under the age of 5 dies of malnutrition or undernourishment approximately every 10 seconds.₅

The Earth Overshoot Day is earlier and earlier from year to year. It shows when the resources that grow back within a year are used up. This year, Earth Overshoot Day was in the summer on August 02, whereas in 1990 it was on December 7, and in 2005 it was on October 20.₆ At the same time, global meat production almost doubled between 1990 and 2017.₇ As a result of the inefficient production in animal husbandry, important resources are consumed that we do not actually possess. This comparison shows how closely our diet and environment are linked.

With regard to resources, I would like to mention fossil fuels. For millions of years, solar energy has been stored in the form of coal or oil and is thus available to us today. Within less than 100 years, however, we have already used up large parts of the deposits, so that our "solar energy savings account" will be depleted within the next few decades, according to scientists.

A study by the Öko-Institut compares different eating styles and concludes that vegan diets emit the least CO2e emissions produced.₁₁

Are regional and seasonal foods an option to reduce the ecological footprint? Around 11 % of a food product's greenhouse gas emissions are attributable to transport, whereas 83 % are generated in production.₁₂ Sustainable food production should therefore be a priority. And if, for example, beef from Germany was produced with soy from Argentina - is it still a regional food? As you can see, it is of course sensible to pay attention to regional and seasonal foods, but the decisive factor is what is on the plate.

Through a increasing world population the demand for agricultural land and living space is also increasing. However, the size of our planet is limited and already valuable rainforest area is being cleared to grow more food. In South America, for example, soybean cultivation is one of the main reasons for the Deforestation. Around 90 % of the world's soy production is used as feed in factory farming.

Grazing land and the cultivation of animal feed take up a full 70 % of agricultural land globally.₁₄ In the European Union, too, 60 % of the grain grown is used as animal feed. Due to the increasing production of animal feed, arable farming is becoming more and more industrialized. Consequently, more and more monocultures are created and more pesticides and fertilizers are used.

Through monocultures, nutrition and the environment suffer at the same time. Soils lose important nutrients. However, good soil is the basis for nutrient-rich food. According to the Heinrich Böll Foundation, 45 % of European arable soils show quality losses.₁₅

A sensible solution would be to grow nutrient-rich plants on as little land as possible and to increasingly avoid animal products. After all, it is not the quantity of food but the quality that determines the supply of nutrients. So this means that we don't necessarily need to grow more food, but the right food. In the best case, nutrient-rich plants are consumed directly by humans. This is because reducing the production of animal foods would disproportionately reduce overall food production. This makes it easier to maintain fallow periods during which soils recover, thus increasing the future quality of our food.

We take access to water for granted. However, 1 in 6 people on earth must live without regular access to potable water. But let's take a closer look: 75 % of the earth is covered with water, but only 2.5 % of it is fresh water. Of this, only 30 % are available to us, as the remaining 70 % are in glaciers and snow cover. This leaves only 0.3 % of the total amount of water as clean and available drinking water. An astonishing 80 % of water use is for agriculture and livestock. Livestock accounts for the majority of this, as animals drink and water is consumed for feed production. It is estimated that approximately 0.08 % of the world's water supply remains for domestic use.₁₆

By 2025, around 64 % of the world's population is expected to live in water-scarce areas.₁₇ A frightening idea and reason enough for me to pay attention to my water consumption. On the one hand, of course, I do this in the shower, when I brush my teeth or wash the dishes. But what's on the plate is also crucial.

When you consider that you can replace the nutrients of meat with a balanced mix of vegetables, grains, and legumes, it becomes clear that a vegan diet is an almost inescapable option for using water efficiently and sustainably and for meeting an oncoming Water shortage to prevent or at least reduce.

A particularly important point is the comparison of vegan plant drinks or milk substitutes and cow's milk. Cow's milk performs worse than the plant-based alternatives in all areas of the ecological comparison. The oat drink is particularly sustainable. But you can also make your own nut milk, for example a delicious Macadamia milk.

All in all, the vegan diet is also presented in this study as very ecologically sustainable. Of course, there are foods such as cocoa or avocado that fare rather poorly compared to various animal products. However, the amounts of cocoa and avocado that people eat on average are rather small and thus the much lesser evil. And apart from that, vegans probably eat about the same amount of avocado and cocoa as mixed-food people. Switching from cow's milk to plant-based drinks is already a great first step for the environment.

Tip: In the contributions "Vegetarianism Statistics." and "Veganism Statistics" you will find facts and figures about vegan-vegetarian nutrition and its impact.

Relationship between nutrition and the environment

Food and the environment are closely linked. Environmental impact could be an important aspect of your food choices in the future. Of course, there are many others such as health and performance, moral values, taste and availability. We should give more importance to the environment again in order to continue living in a balanced eco-system.

For me, the topic of the environment was also "far away" for a long time and I didn't feel affected by it. After all, here in Germany we have little to do with hunger or water shortages. And it is easy and convenient to fade out and ignore things that don't directly affect you and that you don't see directly. I was also unaware of the link between nutrition and the environment for a long time. In the long run, however, our behavior towards the environment will catch up with us, so we need to change our behavior now, and learn to take the long view to feed sustainably.

So what can you do now to improve your diet and the environment at the same time? Try to consume more consciously and question the food that is on your plate. Increase the amount of vegetables and reduce meat and dairy products.

PS.: If you have scrolled down to here: I still have for you the article Vegan living - tips & tricks to help you make the switch to a vegan diet, so that the contents of your plate are also sustainable. Have fun!