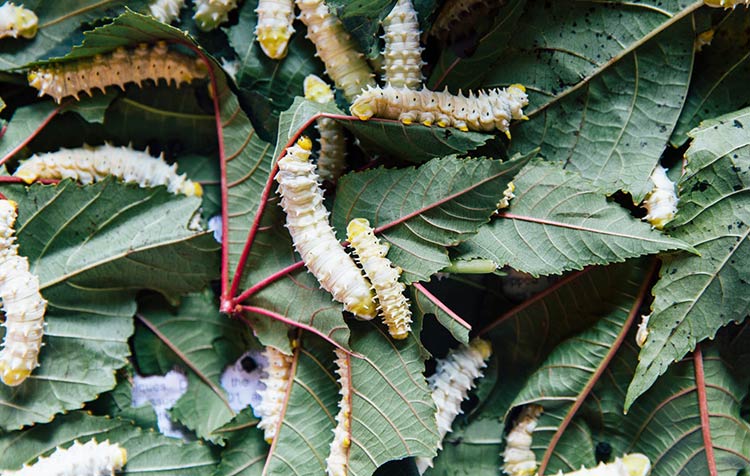 Eat insects? 6 reasons why we should do without them

Should we eat insects to save the world? We all know that resource-intensive factory farming of cows, pigs, chickens and many other "farm animals" causes massive animal suffering and is a very decisive factor in the greatest Environmental problems of our time contributes. So our diet has to change. That's why more and more people are consuming insect burgers, insect pasta, and seasoned snacks and energy bars made from grasshoppers and mealworms. Not least because insects are real sources of nutrients. They contain high-quality proteins, unsaturated fatty acids, vitamins and valuable minerals.

And to say it up front: Eating insects is definitely the more sustainable alternative to consuming meat, eggs and dairy products. So should we all eat insects now?

In this article, I want to give you six crucial reasons why even consuming insects cannot be the future of our diet.

Here is in advance already a short Overview for you:

6 Reasons - Why shouldn't we eat insects?

You already know the benefits of insects as food: they are very nutritious and reduce the animal suffering of cows, pigs, chickens and dozens of other animals of the Factory farming for the production of food. But what are the disadvantages of moths, maggots, buffalo worms in our diet?

Here I would like to give you 6 good reasons why we should prefer other alternatives for meat, milk & eggs. Let's go!

Good to know: Insects as food fall under the Novel Food Regulation of the European Commission. Insect burgers & co. are thus among the novel foods that originate, for example, from other cultures. They also include foods from cell and tissue cultures or plants and plant parts.

1. because it is still a waste of resources

Insect breeding is therefore much more resource-efficient and sustainable. But of course, this does not automatically make it resource-saving and sustainable - because the food for insects also has to be produced first.

Tip: You want to use the Stop factory farming? Then you learn in the linked post what you can do for it!

2. because otherwise the industry would be dependent on wasted food

Insect farming could still be a little more resource efficient if no newly produced feed but to be used by people who are not wasted food could fall back on.

This would reduce the Industry but dependent on our food waste which we should actually specifically avoid. If our food waste then ends at some point, the insects will also have to be fed more resource-intensively again and in ever greater quantities. In my opinion, this is a decisive reason for not eating insects.

3. because insects also have a nervous system and pain receptors

Why do vegans not eat insects? Because the breeding continues to be an exploitation of innocent, sentient animals is. Like humans, grasshoppers and other insects also have a central nervous system and pain receptors.

The Science on how exactly insects perceive the world and how much they feel and avoid pain is still in its infancy, however. In studies, however, fruit flies and grasshoppers, for example, have already demonstrated properties such as learning ability. At some point, we will certainly know more about this.

But we can already be very sure today that Plants no feelings since they have neither a central nervous system nor pain receptors. Thus, their direct consumption is not only more resource-efficient, but also morally more justifiable. Because in the end also the Consumption of mealworms and beetles furthermore the consumption of sentient living beings.

4. because we would have to breed and kill masses of insects to meet our caloric needs

One would have to Kill 363,000 grasshoppers to get the calorie count of just one cow. How many insects are needed to generate the calories from the 80 billion land animals and approximately 0.8 - 2.3 trillion marine animals currently killed each year cannot be quantified - and would be absolutely intangible to our imagination.₂ This pre-programmed Mass breeding is a major reason why I would not eat insects and do not consider their consumption sustainable.

5. because it is no help in the fight against global insect mortality.

Insects are bred separately in sheds and probably have no direct impact on insect populations in the wild. But already today, about two trillion insects are also caught in the wild every year and processed into food.₃

In times of global insect extinction, which has a significant impact on our food security and the general Species extinction has, this is highly questionable. Not least because the increased Acceptance for the consumption of insects would cause the demand for corresponding products to increase enormously in all regions of this earth. It could even be that the urgency of Solutions against insect mortality suffers from the generally accepted consumption of insects.

6. because there are already sustainable and animal-friendly plant-based alternatives for animal products.

We are desperate for protein-rich, sustainable alternatives to resource-wasting cow, pig and chicken meat. Eating insects seems to be an appropriate alternative, but one that is still large quantities natural resources devours and also remains questionable from an ethical point of view is.

It is a mystery to me why people prefer to eat beetles, grasshoppers and mealworms -. Animals that many of us are disgusted by - instead of simply consuming plant-based products. Whether for burgers, pizza, pasta or schnitzel - there are countless protein- and nutrient-rich vegan alternatives in the supermarket that are significantly more resource-efficient. Simply because the "detour animal" is avoided. That's why they are all the more animal-friendly at the same time.

We should not eat insects!

Insects are probably less sentient than cows, pigs, and chickens. Nevertheless, their lives are morally valuable. The best way to Cruelty to animals and reduce animal suffering is therefore a way of life that is no longer based on the exploitation of animals at all. Also from an ecological point of view it is more sensible to consume plants directly, instead of eating insects that need to be fed in the breeding.

Accordingly, I conclude that preferring to eat insects in the future cannot be the solution to the ecological and ethical problems and conflicts of our time.

Do you have any questions or suggestions about this post on consuming grasshoppers, mealworms and other insects? Then, as always, feel free to write me a comment.

PS.: You want to know, why i live vegan at all? In the linked article I present you my reasons in detail.