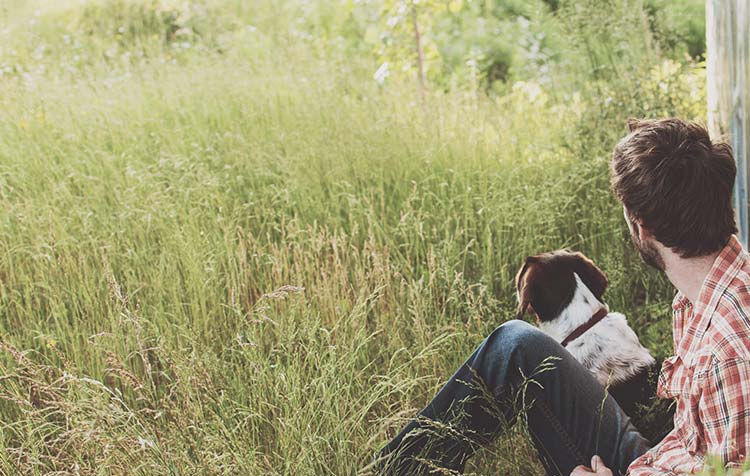 Being outdoors - 5 reasons for a healthy stay in nature

To what extent is it actually healthy to spend time outdoors in nature? You may know it: When you enter a green area, such as a forest or park, your pulse rate drops, you can breathe more freely, and tension and stress fall away. Full of enthusiasm, you dip your face into the warm sunlight and notice the birds chirping around you. Many people long for a healthy life close to nature. Numerous studies have proven that spending time in nature is not only relaxing, but also promotes long-term health and can even prevent cancer.

In this article, I want to show you why spending time in nature has such a positive effect on us and why you should schedule more time for a few hours outdoors.

Tip: A garden full of life makes you happy too. In the separate article, you can also learn how to create a Create sustainable garden and make it a mecca of biodiversity.

5 reasons why we are out in nature feel so good

We as humans have spent most of our evolutionary history out in nature as hunter-gatherers. Large cities and especially megacities have only developed in the last 300 years; until the middle of the century before last, a large part of the population still lived in the countryside. Many people therefore still feel an intuitive sense of security and a Feeling of "being at home in nature. In addition, spending time in nature promotes health through various factors.

In a study on the effect of natural sounds, British scientist Gould van Praag compared two test groups: One group was played artificial sounds such as traffic noise, while the other group listened to natural sounds such as Birdsong. The subjects who listened to the natural sounds experienced several positive effects at once, including a reduction in heart rate and the release of adrenaline, and their muscles also relaxed significantly. These are all obvious indicators of less stress. Furthermore, the test subjects also showed an increase in their ability to pay attention and concentrate.

This study has led doctors to investigate whether natural sounds can be used in hospitals to calm patients during stressful treatments.

Natural sunlight has many effects on the body: It forms vitamin D in the skinwhich is important for the function of the immune system and the fight against pathogens. Sunlight also promotes the production of the so-called Happiness hormone serotonin, whose output in the body is responsible for good mood.

In a well-received study, health researcher Roger Ulrich observed an interesting effect as early as 1984: patients who had a tree outside their hospital window after gallbladder surgery were faster back to health and could be discharged home earlier. They also needed fewer painkillers than those who did not have a tree outside their window.

The assumption that trees promote our healing powers could also be confirmed by the Japanese physician Qing Li in a comprehensive metastudy. He compared the health data of the entire Japanese population and found that significantly fewer people die from cancer in forested areas than in non-forested areas.

The reason for the healing power of trees lies in the so-called Phytoncydes: These are substances that the trees produce to protect themselves from pathogens. These can also be absorbed and processed by humans.

A study conducted by the University of Essex in England has shown that spending time outside in the great outdoors increases self-esteem and lifts the spirits. It was also found that through the study depressive thoughts reduced and people who exercise more frequently in the great outdoors are less likely to suffer from depression. The interesting finding: Apparently, five minutes of outdoor exercise a day is the optimal dose to benefit from the positive effects in the long term!

5. no overstimulation in nature

Another factor that contributes to the positive effect of nature on health is the absence of sensory overload. The "Attention Restoration Theory" states that stimuli to which people in the city are permanently exposed. are, such as sirens and construction vehicles, must be averted because they are not important to one's current situation.

However, this incessant defense against stimuli tires in the long run. In nature, on the other hand, attention is focused on only a few stimuli without effort. According to the theory, anyone who gazes lost in thought at the drifting clouds or listens to the rustling of leaves cures the mental exhaustion caused by the constant overstimulation of everyday life.

Last but not least, spending time in nature also has a visual effect: Fresh air supplies the skin with oxygen and stimulates blood circulation. This stimulates cell division and promotes a healthy and fresh appearance.

How can you best enjoy nature?

Many people who start spending more time in nature unconsciously put themselves under pressure because they think they should automatically relax. Or they find it hard to stop thinking about work or some other stressor. To counteract this, one possibility, for example, is the conscious concentration on your sensory perceptions. How does the wind feel on your cheeks? Can you hear the chirping of birds, maybe the sound of a stream somewhere nearby? As soon as you start to consciously focus on your senses, there is less room in your mind for thoughts that put you under stress.

Incorporate being outdoors into everyday life

So science agrees: Even a short stay in nature has positive effects on health. But how can you manage to make use of this effect in everyday life?

For example, you can spend time on regular Walks schedule and Meeting with your friends or colleagues in nature hold. Another option, of course, instead of driving or using public transportation, is to take the Bike or on foot to get to work through nature. This may lengthen your Commute, however, keep in mind that this is not a recreational activity, but a long-term investment in your own health.

Nature has serious positive influence on health, it brings us in harmony with ourselves, we experience appreciation and relaxation. This shows us once again the importance of nature for our lives: it is an area to be appreciated and protected.

PS: Be sure to take a look at the Natural Health Blog from Carelite. There you will find many more tips and ideas - for example for the vegan hiking on the Way of St. James!

Simon is a freelance writer and copywriter in the fields of psychology, health, marketing and travel. In 2017, he went freelance and has since been writing for the best-known blogs in the German-speaking world. He lives in Vienna.