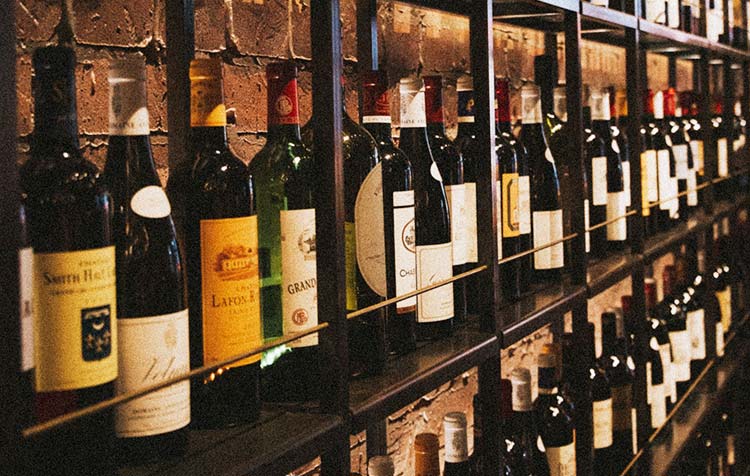 Why wine is not (always) vegan and vegetarian

Have you also heard that wine is not vegan? Even if the wine is made from grapes, in fact, it is not always purely vegetable. This is not because of the insects that could accidentally come to harm during the harvest, but mainly because of traditional production methods. There are good reasons to live vegan. These are of a health, ecological and above all animal ethical nature. Therefore, we go to the bottom of the matter here in more detail!

In this article I would like to show you why wine today is usually not vegan and often not even vegetarian. In addition, you will learn how you can recognize 100% plant-based wines and continue to enjoy the noble drops even as a die-hard vegan. Let's go!

Why wine is not vegan - at least not most of the time!

Until the grapes end up in wine production, the manufacturing process is still vegan as a rule. But that changes as soon as the winemakers use casein, egg white, lysozyme, albumin, swim bladders from fish, or gelatin - i.e. animal products - to remove suspended matter from the wine after fermentation. If the wine is clarified with gelatin - a collagen found, for example, in the skin, rind, bones or connective tissue of pigs or cattle - it is not even vegetarian.

Good to know: Yeasts are also necessary for the fermentation of the wine. However, these belong to the fungi and are therefore vegan.

Here I would like to explain the use of animal substances in the production of wines in more detail:

Notice: The glue used for wine labels is also often (strictly speaking) not vegan, as it contains casein glues. To find out more about this, you usually have to ask each supplier separately.

How can I tell if wine is vegan or not?

First of all, a wine is vegan if it has not been "traditionally" prepared with proteins, gelatin or swim bladders, but only with vegan fining agents. Vegan wines are made, for example, with vegetable proteins from Potatoes, beans or peas clarified, which also bind turbidity substances at the bottom. Also the mineral soil Bentonite, activated carbon or inorganic gelatin are used for this purpose. Phew! So vegans don't have to do without wine! But how to recognize the appropriate wines now?

Unfortunately, there is no manufacturer obligation to label the use of gelatin or fish bladders on the wine label. Many winemakers but advertise quite aggressively with the sales argumentif their wine is vegan. With the corresponding wines you can then be pretty sure that their ingredients - the vegan lifestyle according to - are purely vegetable.

Otherwise, in the meantime also helps the well-known and conspicuous V-Labelthat adorns the labels of many wines. Also the Vegan label and the Vegan flower are corresponding indications. In an increasing number of supermarkets, you can also find the Price tag recognize which wine has definitely been produced without animal aids. With each passing day, more wine producers will make their production purely plant-based and label their products accordingly. So recognizing or finding vegan wines is becoming easier and easier!

Tip: A vegan wine is often but not automatically an organic wine. That's why you should take another look the next time you want to treat yourself to an animal-friendly AND organic wine.

Which types of wine are definitely vegan?

There are many wines that are not vegan. But fortunately there are also more and more of them that are produced without gelatine, fish bladders & Co. Here I would like to introduce you to some of the hundreds of purely plant-produced wines that you can in classic supermarkets and organic markets in Germany:

I could make this list much longer. But the important thing is simply that you now know some vegan wines and so even as a vegan do not have to do without the taste of wine.

What vegan wine would you recommend to your friends? Feel free to write me a comment below this post with any other suggestions.

Wine is not always vegan and vegetarian!

Maybe until today you always wondered when someone told you that wine was not vegan. It is more and more often vegan, but just not always. As long as winemakers use gelatine, fish bladders and other animal fining agents in wine production, vegans and vegetarians have to take a closer look when buying wine. But after 2-3 purchases, you usually already know exactly what to look out for. And you also know the wines that the manufacturers produce with absolute certainty without animal suffering.

I hope that I could help you with this article about vegan or non-vegan wines. Do you have any questions or would you like to recommend a purely plant-based wine? Then just write me a comment.

PS.: You want to stop the exploitation of animals and the Stop factory farming? Then you will now learn in the linked article, how you can support this project every day!