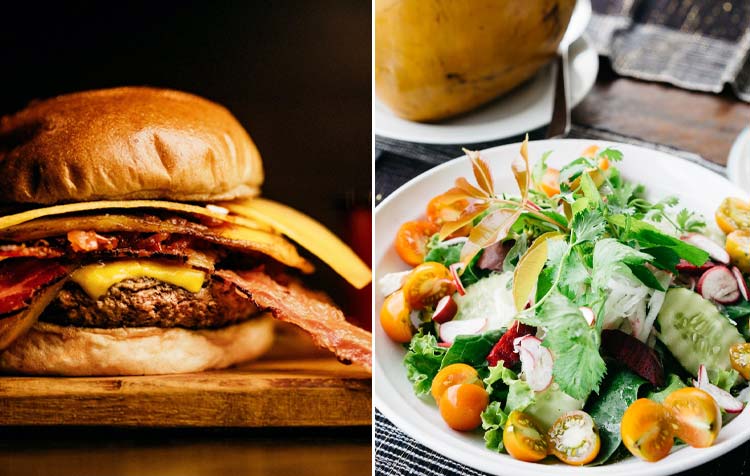 Life expectancy on a plant-based diet - Do vegans live longer than meat eaters?

Want to learn more about life expectancy on a plant-based diet? Then you've come to the right place. Most people pursue the goal, To stay healthy as long as possible and to grow old properly. The Veganism is not only considered more ethical and ecological, but also healthier. Accordingly, it is often said that vegans live longer than meat eaters. But there are also many prejudices circulating that predict a pre-programmed protein deficiency and other health deficits for pure plant eaters. So what is true?

In this article I would like to give you briefly and concisely everything you need to know about life expectancy on a vegan diet. Let's go!

According to current scientific knowledge, vegans actually enjoy a higher life expectancy on average compared to meat eaters and consumers of animal foods.

To find out, both the health status and the eating habits of a total of 131,342 test subjects were assessed in a Study of the Massachusetts General Hospital observed and recorded over a period of 32 years.

The focus of the study was mainly on the comparison of animal and plant protein intake. The result confirmed that an increased intake of animal proteins increased the Probability for suffering from a fatal disease (such as cardiovascular disease, obesity or type 2 diabetes) is significantly increased. On the other hand, the preferred intake of plant proteins reduces one's own mortality.

Accordingly, the scientists summarized that people live longer when they have the Proteins from - especially - processed red meat, replace with vegetable protein sources..

Why do vegans tend to have a higher life expectancy?

Also the general study situation rather points to the fact that Veganer*innen may expect a higher life span. However, this does not mean that every vegan really lives longer than those who regularly eat animal foods.

After all, other factors besides diet play a role in one's life expectancy! For example the Cigarette and alcohol consumption, standard of living, environment, or medical advances..

But what are the main reasons why life expectancy tends to be higher with a plant-based diet? I would like to give you the answer here.

As a general rule, it cannot be said that vegan automatically also healthy is. After all, sugary sodas and many types of chips are also vegan - and anyone who prefers to eat them will most likely not stay healthy for long.

However, who Eating a balanced, purely plant-based diet out of intrinsic motivation, reduces the risk for life-threatening, diet-related diseases and at the same time consumes predominantly nutrient-rich, health-promoting food. The tendency towards a more health-conscious lifestyle is ultimately a decisive factor for the potentially longer lifespan of vegans.

Meat eaters who want to know about the background of the Factory farming and generally of the production of food are often informed by the so-called cognitive dissonance plagued. I love animals but eat meat, is a famous example of this.

Such internal contradictions between one's own values and actual actions provide for steady stresswhich, if it persists, is considered a significant negative factor for one's own life expectancy. On the other hand, it is beneficial to one's health to harmonize one's own moral concepts with one's own actions - and to be at peace with oneself.

Tip: Why Veganism increases the quality of lifeYou can read about this in detail in a separate article.

Life expectancy is probably higher on a plant-based diet

So do vegans live longer or die earlier? They tend to live longer, but there is no general answer to this question. After all, any one of us could be hit by a car in the crosswalk tomorrow and die - that would have absolutely nothing to do with the herbivore or omnivore diet. So there are countless other factors to consider.

But above all, the decade-long study of the Massachusetts General Hospital there are decisive reasons to believe that a plant-based diet increases life expectancy, at least in terms of nutrition. So if you want to grow old and prolong your life, you should tend to eat a vegan diet and find alternatives for animal foods, such as meat, eggs or milk.

Do you have any questions or valuable information about life expectancy on a plant-based diet? As always, feel free to leave me a comment.

PS.: Is our Nutrition actually private matter? In the linked article you will now learn why not just anyone can eat what they want.