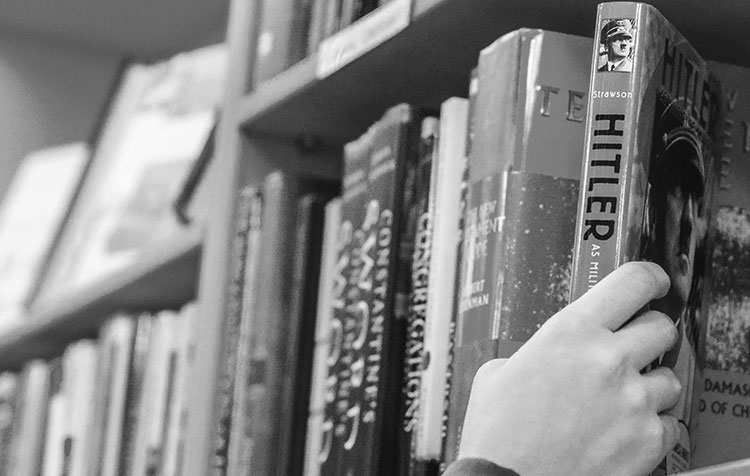 Was Hitler a vegetarian? And does that even matter?

I was surprised myself: but that Hitler could have been a vegetarian is indeed a reason for many people to eat meat. Whether completely seriously meant or rather flippantly dahingenuschuschelt - at least they say it, in order not to come in a discussion with Veganern under the wheels. But doesn't this make them lose their footing in what might have been a logical discussion up to that point?

In this article, I simply want to briefly question whether it really makes sense to reject an entire philosophy of life based on the actions of one individual.

Is "Hitler was a vegetarian" a logical argument for eating meat?

First of all, was Hitler really a vegetarian? There are reports that Hitler ate lobster, white sausage and other animal foods for a long time during his life. Moreover, experts consider the image of the vegetarian, non-smoking and basically ascetic leader to be a Construct of the propaganda minister Goebbels.

But even if Hitler was a vegetarian, that would have absolutely nothing to do with veganism. Because his actions are completely irrelevant to the discussion about whether or not you should eat animal products. Or in what way would that justify you eating animal body parts? It's simply not logical to base an entire on dozens of movement based on ecological, social and moral motives. to question, only because a single person, who was perhaps an animal lover, committed cruel acts in extreme measure. A person who definitely did not even live vegan, but if at all vegetarian. By the way, it would be just as unvalid if I would throw the argument "Stalin was a meat eater" into the room. With it I could also not justify to eat no more meat myself. The one simply has nothing to do with the other.

So just because you knew or know someone who didn't eat meat and wasn't nice, that means absolutely nothing for the quality of the plant-based diet. After all, I'm a vegan and I'm not inclined to kill millions of other living creatures. As a vegan, you want to do the exact opposite.

Hitler also liked to paint - is that why you reject paintings or even art per se? Probably not. The fact that Hitler may have been a vegetarian is therefore an extremely weak excuse for not changing one's eating habits. Knowing full well that every year 74 billion innocent animals are kept in mass facilities, exploited, slaughtered and even gassed for an immoral reason.₂ A fact that, in turn, should remind many people of the Holocaust. And if this comparison now goes too far for you - then be sure to check out the Dominion film on. There you will get honest insights into the Factory farming. In any case, one thing is clear: how we have treated animals will also be something that future generations will look upon with disgust.

Do you have any questions about this post? Or do you want to say something about the argument "Hitler was a vegetarian"? Then just write me a comment.

Cut yourself some slack,

PS: Eating a vegan diet is easier today than ever before. And it's getting easier all the time. In the article about the vegan life you will now learn how to get started.