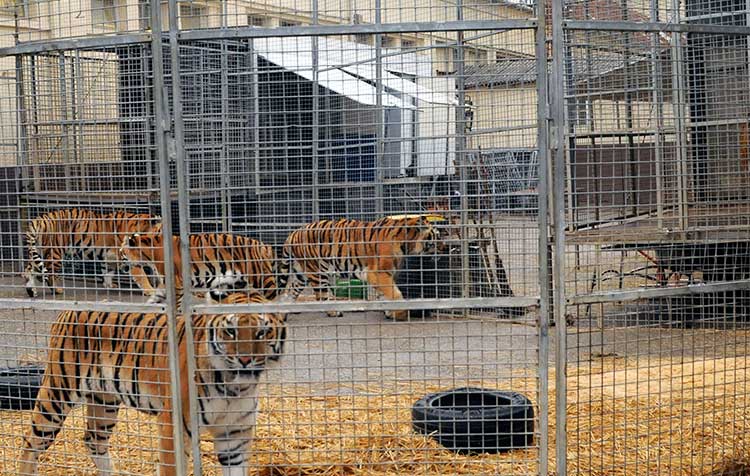 Is the circus with animals still up to date - or should this concept be banned? The circus stands for acrobatics, magic, clowns - and also for trained wild animals such as lions, tigers or elephants. Since the transport, the accommodation and the entire attitude cannot be species-appropriate and mean both mental and physical pain for the animals, the question arises whether animals in the circus are still contemporary.

In this article I would like to show you which animals appear in the classical animal circus and what advantages and disadvantages the concept basically brings with it. Finally, you can then form an opinion on whether the classic circus with animals should be banned.

Tip: Also the Sense of keeping animals in the zoo I have rated. If you want to know more about it, just check out the linked post.

What animals are kept in the circus?

In order to evaluate whether circus animals should not be banned nowadays, we should first get a small overview of the animals that are kept and trained in the circus nowadays.

Here you can find a list of the most popular circus animals:

In order to find out whether the dressage of animals for the entertainment of people is still contemporary, one should work out what speaks for it. Therefore, in this step I would like to take a look at the advantages of a circus with animal participation. I also write a counter-argument to it whenever it occurs to me.

These are the advantages that a circus brings with it. But they justify in my opinion, even with ideal nutrition, attitude and care, which must be permanently controlled, only in rudimentary the disadvantages of animal husbandry in circuses, which I now present to you.

What do animals suffer from in the circus?

We now know why, in principle, there is the circus with animals. But the disadvantages, of course, can not be ignored, because they are absolutely serious. Here you can learn where animals in circuses suffer particularly.

So for animals in the circus stands Cruelty to animalsThe daily routine is one of inappropriate husbandry and permanent stress.

Legal situation for keeping animals in circuses in Germany

The Animal Welfare Act regulates the keeping of animals in Germany. In relation to the circus, only "circus guidelines" can be found there, which are peppered with many exceptions and minimal requirements. This lack of clarity makes it difficult for veterinary authorities to impose stricter requirements on conspicuous circuses. In addition, there is a lack of the necessary expertise regarding the keeping of the various circus animals.

Since the circus with animals is not prohibited by law by the state, but more and more municipalities take over this themselves by not providing areas for circuses with animal participation. Thus the Circus Voyage for example, will no longer perform as a Christmas circus in front of the Olympic Stadium in Berlin, as is usually the case.

Is the circus with animals still up to date?

In my opinion, the circus with animals should be banned, because it is no longer up to date. In countless countries, such as Denmark, Belgium, Austria or the Netherlands, this has long been the case. No wonder: animals have to suffer just to amuse spectators. That is not human. The circus has so many other entertainment possibilities to offer with acrobatics, magic and clowns. That should then really make all the spectators and, of course, the stressed wild animals feel good.

Do you have any questions or suggestions about this article? What do you think about a ban on animals performing in the circus? Feel free to write me a comment with your opinion.

PS.: Feel free to inform yourself about other topics from the Animal welfare blog. Learn, for example, how to Help animals in everyday life can!