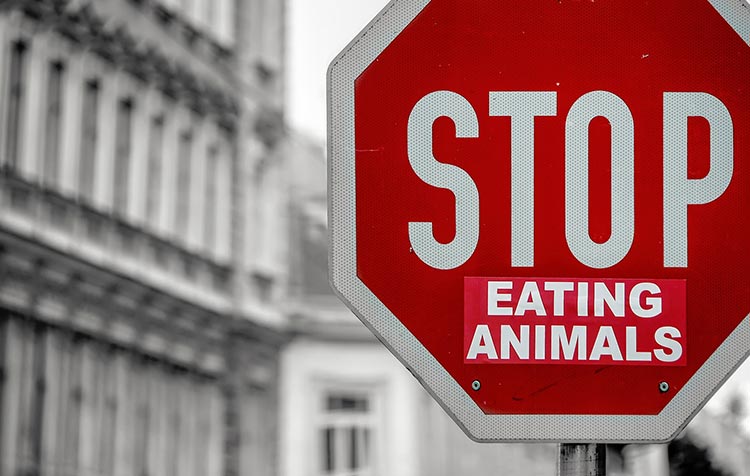 How can I become a vegan activist? If you are asking yourself this question right now, I think that's just great! Because you are not only willing to give up the consumption of animal products for the good of the animals, but also to actively oppose the consumption of animal products. Cruelty to animals, the Factory farming and the exploitation of animals. But what does that look like in practice now? What can you do and how does activism work particularly effectively?

In this article I would like to give you a kind of Toolbox of arguments, guidelines, information and food for thought for successful, vegan animal rights activists. Let's go!

My please: If you like this post, I'd love for you to link up to these elaborate tips for vegan activists to get more people involved! Thank you!

What counterarguments SHOULD I be prepared for as a vegan activist?

Whether in discussions in your private sphere or in engaged street activism, if you're Convince people (or persuade them to behave in a more animal-friendly way), then there are always typical prejudices, clichés and excuses for which you can prepare yourself quite well. Use the following list to argue faster, more logically and more quick-wittedly in the event of a case.

Find your answers to these arguments

As you can see, there are countless Prejudices against the vegan lifestyle. In the linked articles you will already find many answers and tips on how to prepare for your engagement as an animal rights activist. If you like, you can also download my free e-book "All arguments against veganism - and how you simply refute them"Download it. If you want to become a vegan activist, it's for you! Have fun!

How do you deal with contradictions in a goal-oriented way?

The Canadian activist Alex Bez gave a great talk on "Vegan Outreach." and also presents a rough guideline for skillfully converting contradictions into agreement. He proceeds as follows:

How and where do I best acquire the knowledge for better arguments?

Whether it's for our food, for our entertainment, for our clothing, or for Animal testing: until I was 30, I had no idea what was happening behind the scenes with animals. In the meantime, I have learned an incredible amount. Use the following tips to gain knowledge and experience for your vegan activism as quickly as possible:

Tip: At argue better you will receive 30 unbeatable tips to convince and inspire people more effectively.

A guide for successful conversations

Extremely helpful for animal rights activists and those who want to become one are rough guidelines for good conversations and discussions. I do not want to withhold these from you:

Tip: A good way to convince people is the Socratic dialogue. By asking a specific question, your counterpart is stimulated to think in order to find his or her own solutions to the problem raised.

What questions, comparisons, and phrases can I use as an animal rights activist?

If you want to become a vegan activist, you should have slogans ready that don't miss their mark. By now, I've had countless conversations and discussions where I've stood up for animals. The following sayings (made up by myself or inspired by other vegan activists) are. particularly effectiveWhen someone in a certain situation sees pictures of animal cruelty or the deeds in factory farming:

Additional Tip: If you want to become a vegan activist, these will also help you Animal welfare quotes!

Tips: At Convince meat eaters you will find another source of inspiration for your persuasion as a vegan activist.

How do I find a group of vegan activists to join?

If you want to be active, you can simply join the join planned actions of animal rights organizations. Basically, these are in every big city - but even in small towns and villages there are usually always people who stand up against animal cruelty. Here are a few suggestions from my side:

Also under animal-rights-calendar.com and in numerous Facebook groups (also local groups) you can get information to become active! Have fun and success!

Whether on a small or large scale, the fact that you want to stand up for animal rights is just incredibly awesome! And believe me: over time you will become more and more effective. Not only because you live vegan for a longer time, but also because you internalize arguments and reactions and learn to convince people.

Oh, one more thing: If you want to become a vegan activist, realize that fundamental changes in a society always happen in three steps: First they mock you, then they fight you, and eventually they accept you.

Do you have questions, further tips, experiences and effective sayings that should not be missing here? Then just write me a comment.

PS: Be sure to check out, why i live vegan. I think you can use these arguments again and again. For your own motivation and the motivation of others, you can also like the global live counter killed animals view